The 1971 Pontiac Trans Am will go down in history as one of the most iconic GM muscle cars ever built. Besides being an all-time classic, it’s also a car that has enormous tuning potential, having been modified in a gazillion different ways, with a wide plethora of parts currently available for all model years.

Today, we shine a light on yet another magnificently-bastardized 1971 Pontiac Trans Am. Having more-or-less a rat-rod look with a hint of a Mad Max theme, it’s powered by the GM 5.3L LMF V8 sourced from last-gen Chevrolet Tahoe. It, however, appears to have been massively modified by a new crank and rods, and a set of heads, according to the owner. It’s also supercharged, with power rated in the 600-horsepower range.

One of the key mechanical features of this bad-ass Formula 400 build is the way its engine is pushed way back in the engine bay for improved weight distribution. As we can see in the video, the modification involved cutting a very big hole in the firewall. 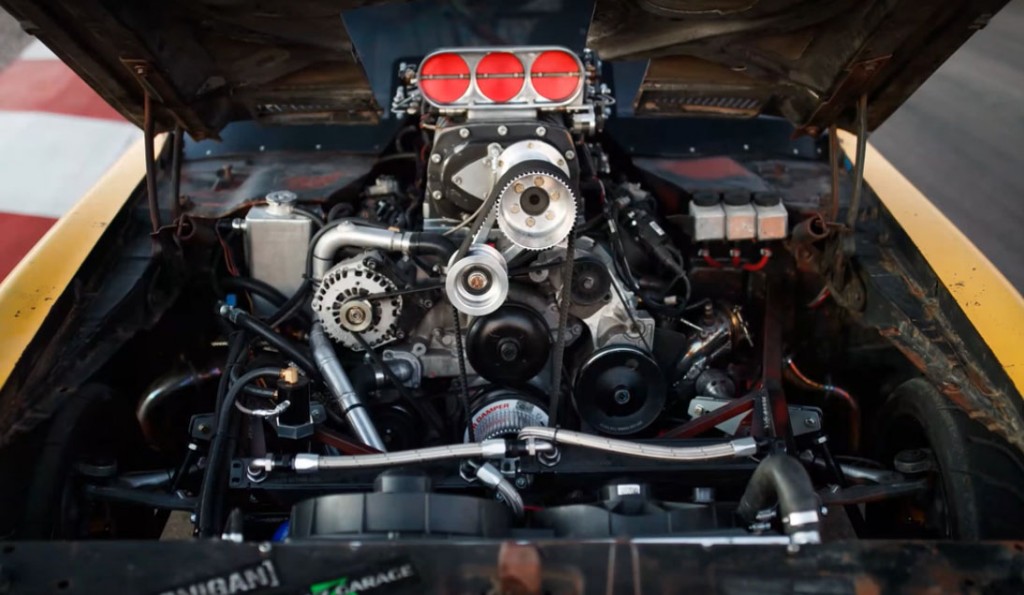 The interesting bit here is that the car’s front differential is derived from the Infiniti Q45, a full-size luxury sedan, which is apparently “lying around in junk yards” in their part of the world. It’s actually used as a rear differential when fitted on the Infiniti. On this Trans Am, which is typically rear-wheel-drive, the differential helps transfer power to those massive front tires. 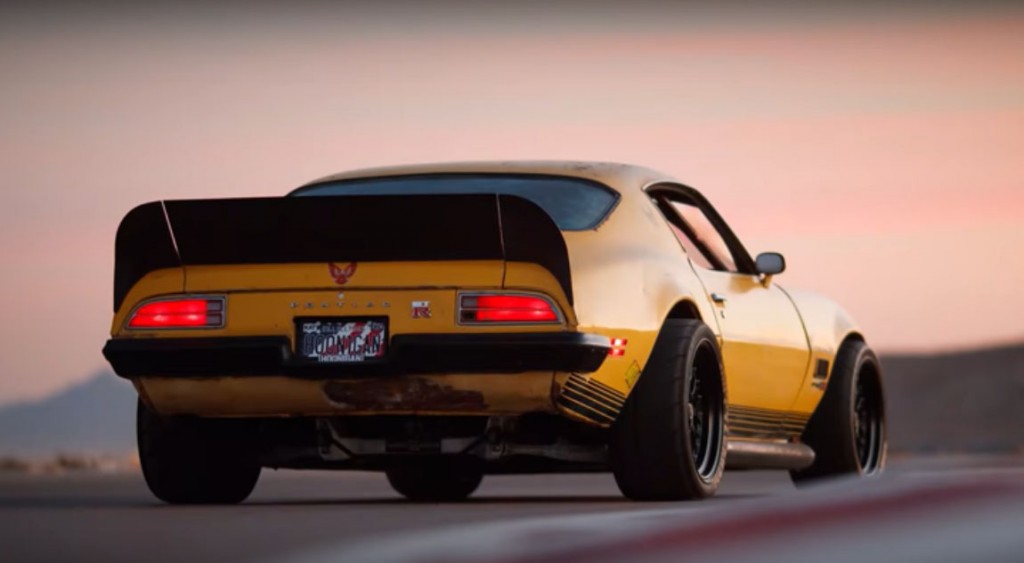 The transmission is a five-speed manual unit taken from a Nissan Skyline R32, mated to an R33 center differential, with an adjustable control unit, of course. In other words, this Trans Am has been blessed with Nissan’s renowned ATTESA all-wheel-drive system.

We could spend hours watching this owner speak about the creativity he put behind his Japanese-injected Trans Am build. If you’re into Trans Ams like we are, and are seeking something a little different than your average Firebird, we recommend you crack open a cold one and indulge in the video of an ingeniously cool American muscle car icon.

Haven’t had enough? Then subscribe to GM Authority for more Trans Am news, Pontiac news, and around-the-clock GM news coverage.