The MultiPro tailgate offered on the new GMC Sierra is a hugely versatile piece of kit, offering several configurations to not only get the job done, but to also do it with increased levels of comfort and convenience. But one of the tailgate’s features that hasn’t received much attention is the Kicker Sound System, which is available on the MultiPro. 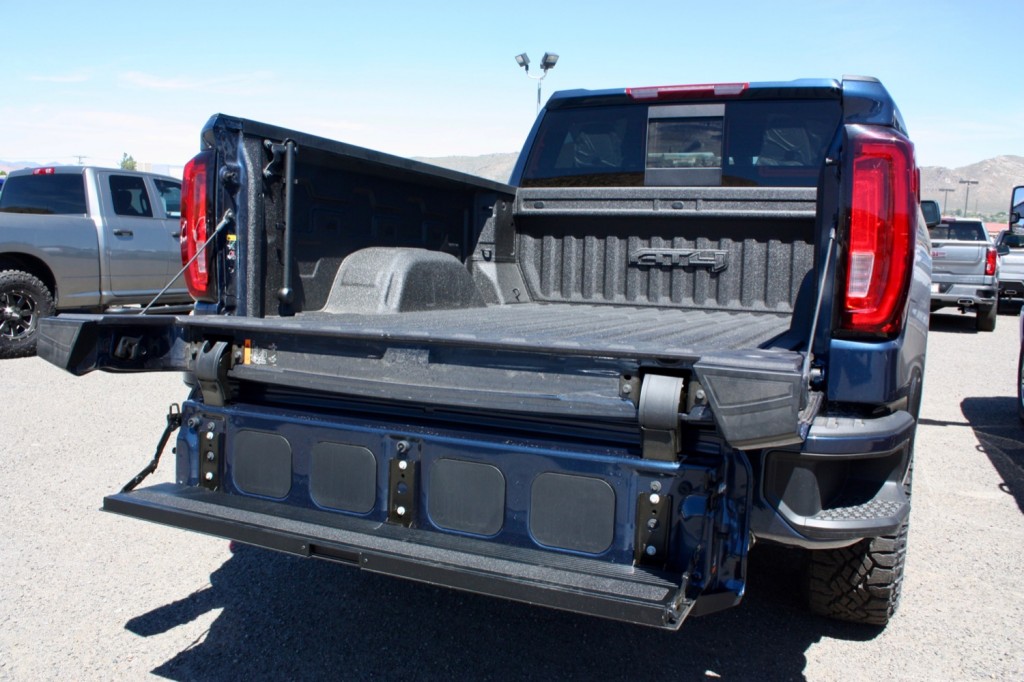 Designed specifically for the new GMC Sierra’s MultiPro tailgate, the new stereo add-on is produced by Kicker and includes all the components needed to turn the pickup’s bed into an outdoor concert.

The MultiPro tailgate speaker system runs independently from the truck’s primary sound system via USB or Bluetooth audio streaming inputs. The sound system integrates completely with the inner gate panel and is available as an official accessory. System output is rated at 100 watts via a pair of four-inch coaxial drivers and a small amplifier. Built-in buttons provide track and volume level control.

The whole shebang is neatly integrated into the MultiPro tailgate for a clean look. Even better, the system doesn’t require the truck’s engine to be running to operate. Instead, the stereo sources its electricity from a low current draw, which GMC says “allows it to play for hours.” Once the party is over, a tilt switch will turn the stereo off as soon as the inner gate step is folded shut with the tailgate is closed.

The system is durable enough to withstand the punishment expected in the pickup box. It also resists moisture and dirt from getting into vital electronic bits and pieces. For those Sierra 1500 customers who enjoy some tunes out at the tailgate party or campsite, this system is sure to delight.

It makes us wonder whether Chevrolet will offer something similar when it adds the MultiPro tailgate option for itself, something that we expect to take place for the interim 2020 model year of the 2020 Silverado. For those out of the loop, we recently managed to confirm that the 2020 Silverado will indeed receive the highly versatile tailgate option thanks to an entry in the pickup’s owner’s manual.

What’s more, it makes us wonder what other features GM might add to the MultiPro down the line. Our vote is for a mobile refrigerated cooler.

To note, GM completely overhauled (redesigned and re-engineered) the GMC Sierra for the 2019 model year, introducing an all-new pickup truck from bow to stern. The MultiPro tailgate is a new feature for the all-new full-size pickup truck.