Making its big debut at the head of the Calgary Stampede Parade in Canada, the 2019 GMC Sierra 1500 AT4 All Mountain is the sort of truck we’d imagine Atilla the Hun might keep in his garage.

The big highlight for this one-off can be found in the corners, where the standard AT4-spec 18-inch alloys and Goodyear rubber are swapped for a quartet of massive Mattracks tank treads. Properly applied, the treads enable the All Mountain to roll over just about anything in the truck’s way, from snow and ice, to rocks and logs, to the bones of defeated enemies. 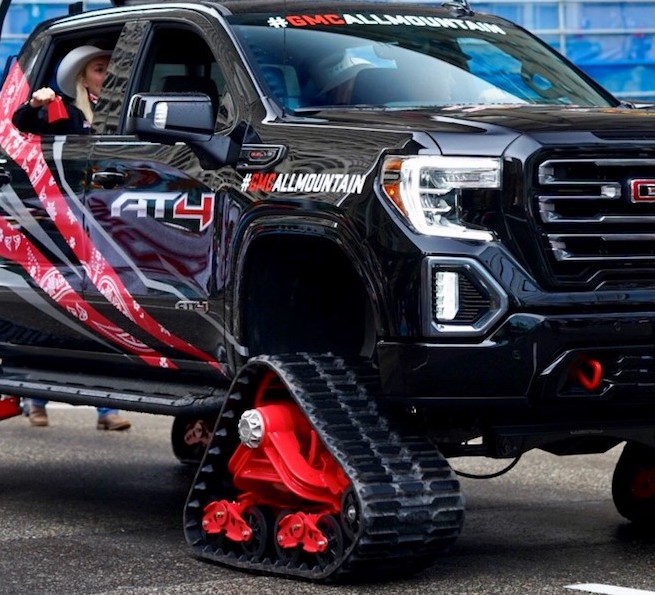 Riding high on the new running gear is a 2019 GMC Sierra AT4 1500 4WD Crew Cab, which provides all the comfort you’d expect from a standard iteration of the pickup. As a complement, the All Mountain also adds a Kicker Audio system pumping out 200 watts of power, enough to shake the surrounding landscape and inform those who oppose this monster of their impending doom.

Making the Mattracks possible is a K1134DL lift kit from Fabtech, which adds an extra eight inches of ride height. Under the hood is GM’s 6.2L Ecotec3 L87 V8 engine, which throws down 420 horsepower and 460 pound-feet of torque and mates to the GM 10-speed 10L80 automatic transmission. A cat-back performance exhaust system adds the appropriate internal-combustion soundtrack.

Finally, because few conquer by daylight alone, the GMC Sierra AT4 All Mountain also comes with a custom LED lighting package. 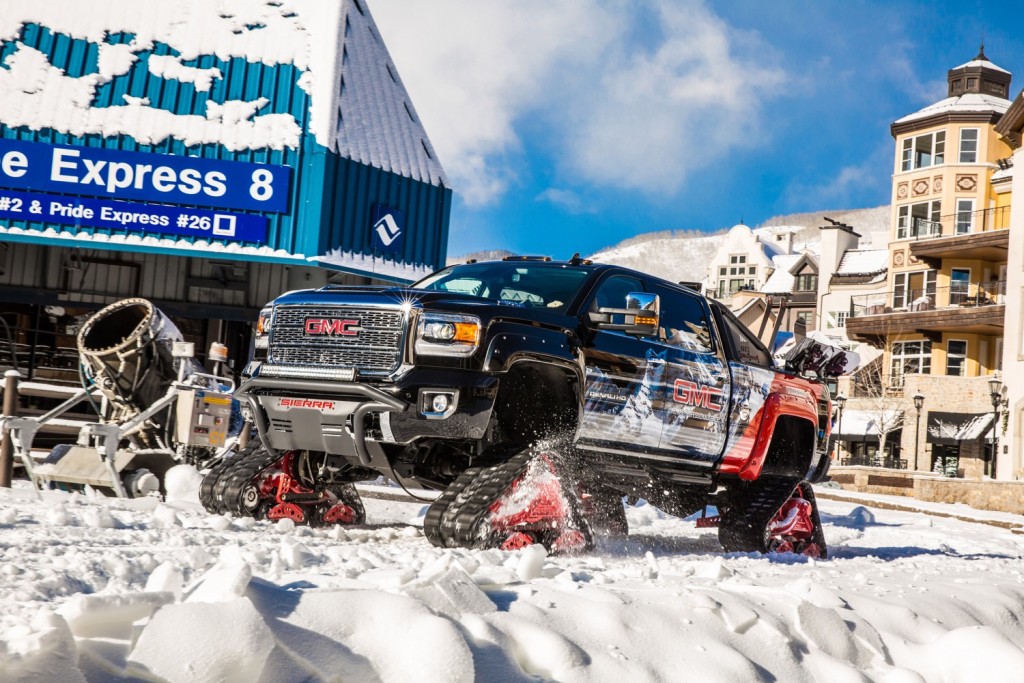 This new concept follows in the footsteps of the original Sierra All Mountain Concept introduced late in 2017, which was based on the last, K2-generation GMC Sierra 2500HD Denali 4WD Crew Cab. Like the AT4 version, the 2500HD All Mountain also came with signature Mattracks tank tracks, not to mention 445 horsepower and 910 pound-feet of torque under the hood.

For those who wish to pay homage to their new pickup overlord, the GMC Sierra AT4 All Mountain will be on display at the South Entrance of the Calgary Stampede from July 6th to the 14th.