Buckle in, folks, because we’re just 36 hours away from the reveal of the brand-new 2020 Corvette C8! As most who have been following this topic undoubtedly already know, the latest eighth-gen Corvette will introduce a brand-new mid-engine configuration that breaks from decades of tradition, making it one of the most-important vehicle debuts of all time. As such, it makes sense for Chevrolet to pair such an important reveal with an equally dramatic location. Now, we’re getting our first images of the Corvette C8 reveal location, courtesy of YouTuber Rick Corvette Conti.

The images were captured in the city of Tustin, which is located in Orange County, Southern California. Gauging by the photos, security is already pretty tight at the reveal location as workers go about building the stage and setting the scene. 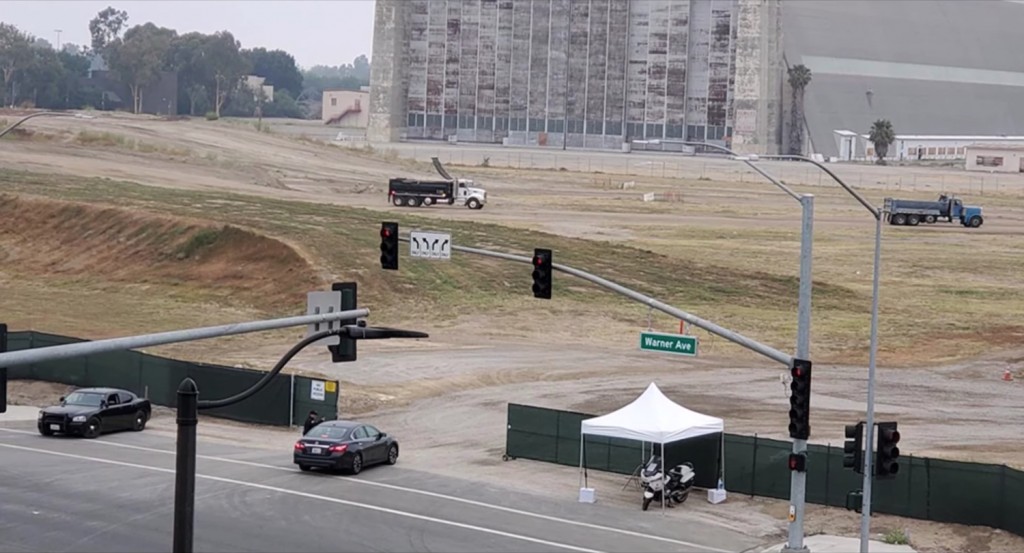 The event itself will take place in a massive aircraft hangar on the grounds of the old Marine Corps Air Station in Tustin. Established back in 1942 as Naval Lighter-Than-Air Station Santa Ana, the base originally housed military airships that were used to support the U.S. Navy coastal patrol missions during World War II – hence the positively enormous hangar size.

Now, the hangars will house a legion of eager Chevy fans and automotive journalists as the mid-engine Corvette C8 makes its grand entrance. During the reveal, we expect to see both the base-model Corvette C8 Stingray, as well as the upgraded C8 Corvette Stingray Z51, the latter of which we recently managed to spy out at the Nürburgring race track undergoing a little last-minute testing. We can’t wait.

Those semi trucks are huge, but the hangar is even bigger. 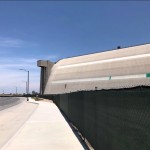 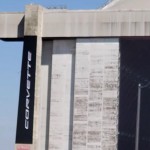 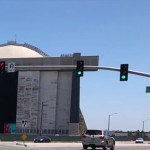 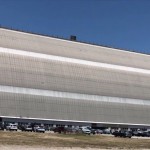 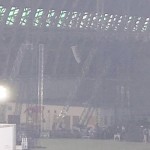 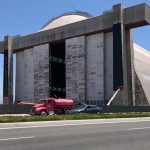 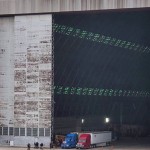 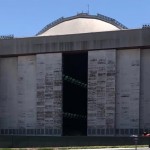 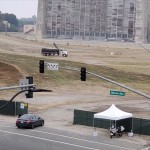 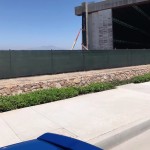