Meanwhile, that shortened pickup box is welded together with the cab, along with placeholder front and rear bumpers with strange-looking poles bolted on to them. Those poles drop down as outriggers for the purpose of rollover testing on the test track. As if all that wasn’t weird enough, things get stranger still. 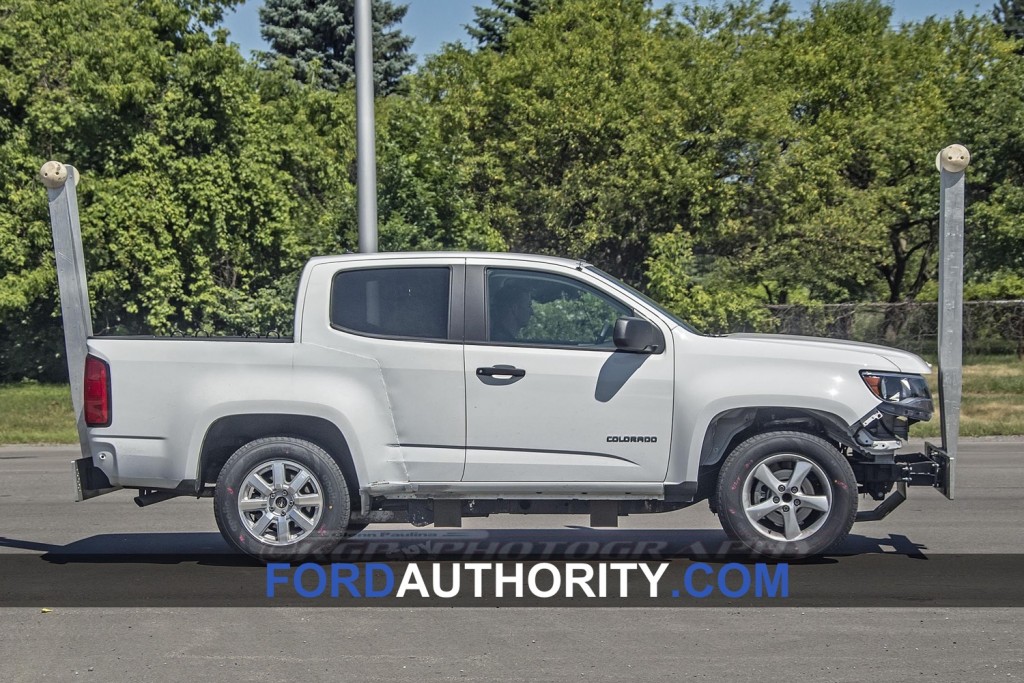 This particular Chevrolet Colorado mule was caught entering Ford’s Dearborn Test Track. Ford Authority then captured the model lower its outriggers and engage in some aggressive driving maneuvers for the purpose of rollover testing. So, what in the heck is a GM product doing testing at Ford’s testing facilities? The short answer is that it’s not.

In other words, this is not a GM product. Instead, Ford Authority’s sources specify that this is actually a mule for the upcoming Ford Bronco. Instead, the Blue Oval decided to use parts from the Chevy Colorado’s top hat as the ultimate camouflage, and to throw sleuths – such as our colleagues at FA – off the scent. What’s more, the vehicle’s overall footprint matches the general dimensions of the early Ford Bronco mule that was spotted earlier this year wearing a Ford Ranger cab. 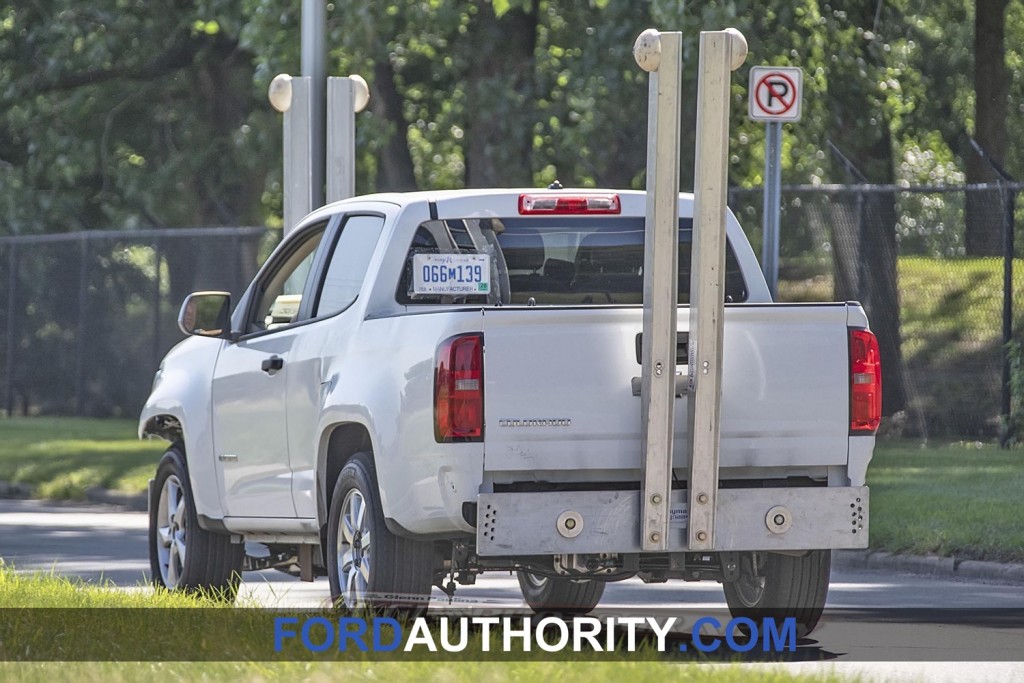 Second, some other outlets are reporting that this may be a mule for the future Ford Courier – an upcoming compact pickup truck of the unibody variety to slot underneath the Ranger. As the close-up photos at Ford Authority clearly show, this mule is no unibody affair. There’s clearly a latter-style frame peeking out from this mule, both in the front and between the wheels.

So, don’t be fooled by this alleged Chevrolet Colorado “shorty,” as it’s very likely a mid-stage Ford Bronco, rather than a GM product. To see these spy shots in all their glory, click/hit/tap here.