Earlier this year, GM Authority reported on a Smokey and the Bandit tribute jump that was scheduled for the 2019 Carlisle Chevrolet Nationals.

If you couldn’t attend the annual Chevy show, which was held late last month, not to worry: we’ve found amateur video of the Smokey and the Bandit tribute jump, so you can see the stunt for yourself, or relive the moment if you happened to be in attendance.

The jump looked to be quite painful for the driver, as the car does not land into a transition and instead smashes nose-first into the flat pavement. The wheelman was unhurt, as far as we know, although the same can’t be said for the Pontiac Firebird stunt car.

This high-flying jump was performed by the Northeast Ohio Dukes – the same group that jumped a General Lee replica car at Detroit Autorama back in 2017. 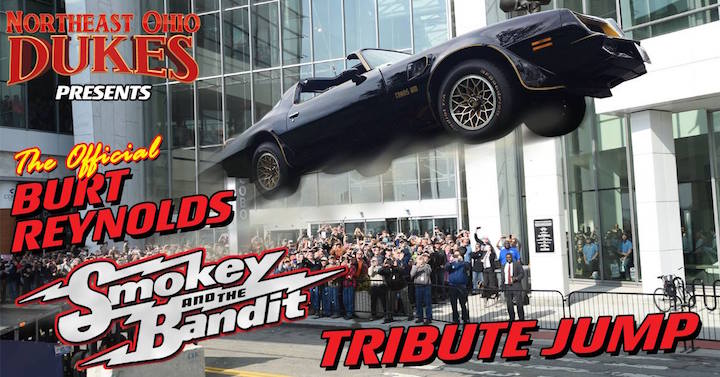 Promo flyer for the jump

That jump actually ended up causing the stunt team a bit of a headache this time around. The group had originally scheduled the Smokey and the Bandit tribute jump for Detroit Autorama 2019, but we’re forced to move the stunt to the Carlisle Nationals after Detroit City Council didn’t grant them the proper permits to perform at Autorama. The city took issue with the presence of the Confederate flag on the roof General Lee replica car in 2017, although the Northeast Ohio Dukes responded to the city saying they denounce all hate groups.

Nevertheless, we’re happy to see they were able to eventually perform their stunt at Carlisle and that the crowd in attendance enjoyed the jump. Check it out embedded above (skip to 2:25 in the video).