Cadillac’s hotly-anticipated “next-level” V-Series vehicles will adopt the name “Blackwing,” according to an exclusive report from our sister publication, Cadillac Society. Citing sources familiar with future Cadillac product plans, Cadillac Society reports that the Blackwing name will be applied to the luxury automaker’s “next-level” V-Series cars, the ones that will slot above the “standard” Cadillac CT4-V and CT5-V models that debuted on May 30th. The official names will be “CT4-V Blackwing” and “CT5-V Blackwing.”

We’ve actually seen these “next-level” Blackwing vehicles before, not only while they were testing at GM’s Milford Proving Grounds, but also in an official teaser at the Detroit Grand Prix early last month. Now, we’re getting confirmation that these vehicles will carry the Blackwing nomenclature when they officially hit the market in the mid-term future. 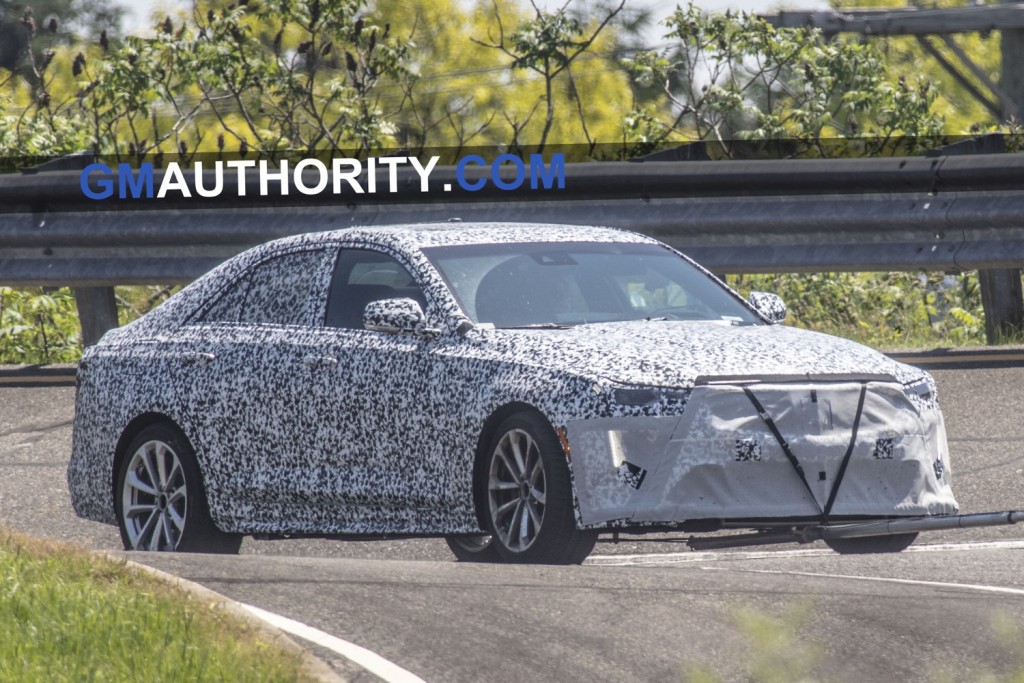 Now, Cadillac will spin the Blackwing name into an entire sub-brand of vehicles that represents the top-of-the-line in terms of performance, with applications for the CT4-V, and CT5-V. A CT6-V Blackwing is also possible, but we have yet to hear anything on that front. This will essentially divide the V-Series lineup into “regular” V-Series models (for example, the Cadillac CT4-V, CT5-V, and CT6-V), and the “next-level” V- Series models (for example, the CT4-V Blackwing).

According to the Cadillac Society, this multi-tier strategy is intended to expand the accessibility of the V-Series brand and hopefully draw in new customers. A similar strategy has already been implemented by Cadillac’s primary German rivals, such as Mercedes-Benz, Audi, and BMW.

As we reported recently, GM President Mark Reuss – who also has executive-level oversight of Cadillac – has stated that previous V-Series models were “hammers” that intimidated customers away from a sale.

Further evidence that Cadillac will spin the Blackwing into its own sub-brand can be traced back to two instances. The first is a trademark application for the “Blackwing” name that GM filed in 2018. The second is additional comments Reuss made at the debut of the standard CT4-V and CT5-V in May. The GM President hinted that more powerful versions of the vehicles were indeed on the way.

“How do you like the Blackwing name?” Reuss asked journalists on the sidelines of the reveal event.

One final note: it’s entirely possible that the Blackwing name will be applied to vehicles without the Blackwing V8, given the name’s wider role as a sub-brand.

We’ll be sure to report any new updates as soon as we get them. In the meantime, subscribe to GM Authority for the Cadillac CT4 news, Cadillac CT5 news, Cadillac news, and around-the-clock GM news coverage.