Back in June, we published a series of spy shots which, at the time, we believed to show the upcoming fifth-generation 2021 Cadillac Escalade interior, complete with its infotainment screen. As it turns out, those particular images actually showed the upcoming GMC Yukon, since GM engineers were testing the future Escalade body with the cabin of a GMC. That’s because, according to our sources, the Escalade interior wasn’t ready at the time. Now, however, it looks like we have the real deal. 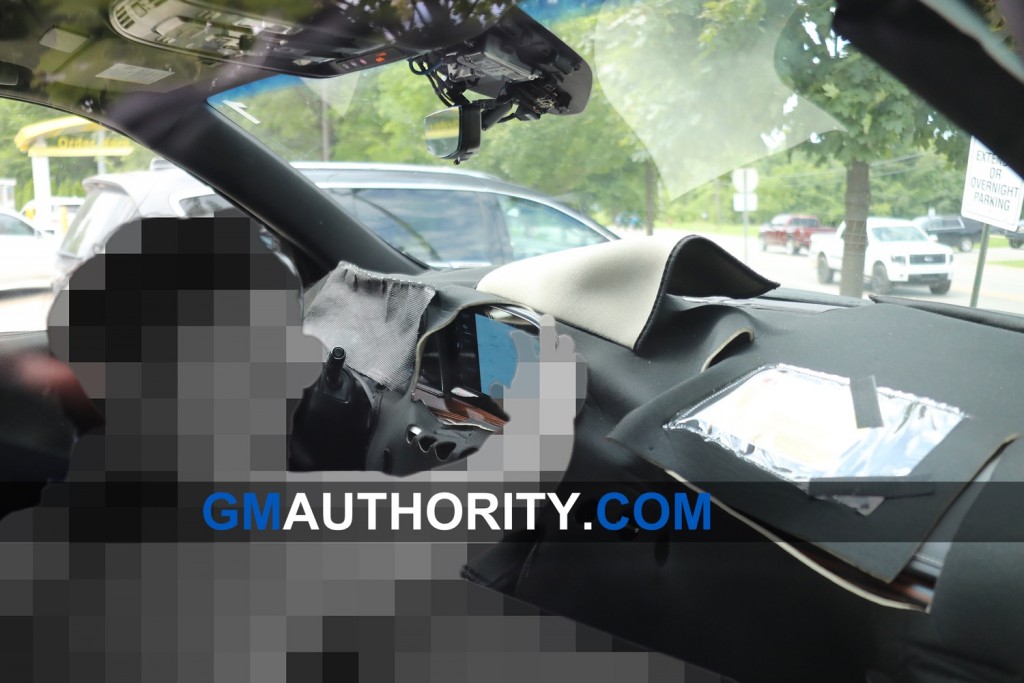 These new spy shots show a rather wide infotainment screen mounted high on the 2021 Cadillac Escalade‘s dash. The image on the screen looks as though it’s a map from the navigation system. We’re also intrigued by what appears to be a long continuation of the screen that stretches across the dash, all the way to the gauge cluster behind the steering wheel. 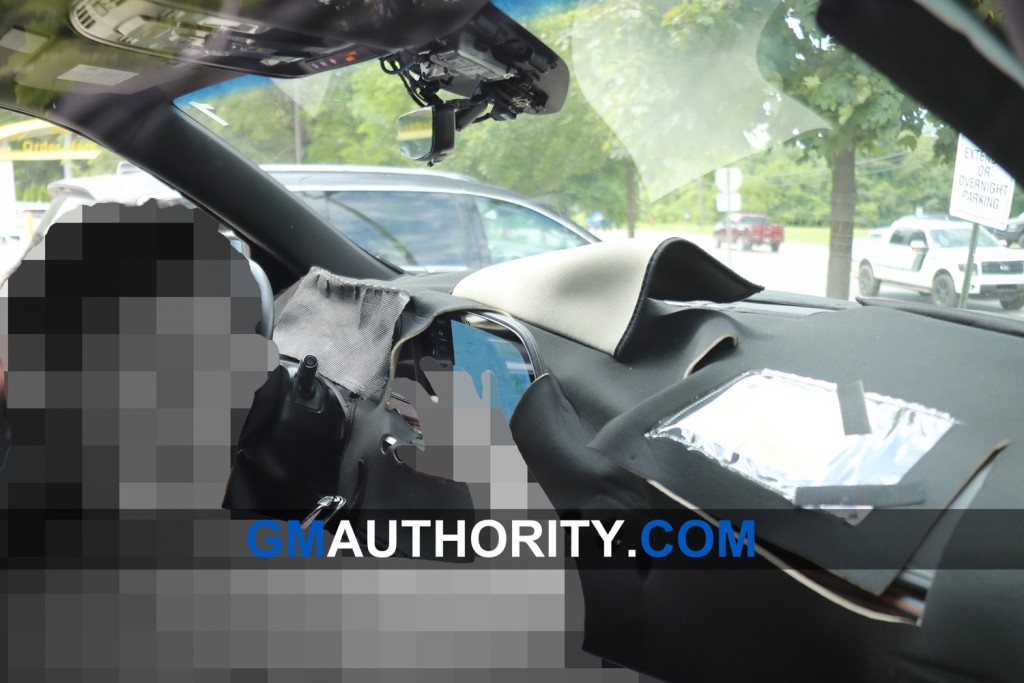 The setup looks to be similar to what’s used in the latest Mercedes-Benz S-Class, which incorporates a duo of 12.3-inch wide-screens set side-by-side, offering both inputs for the infotainment system, and a digital gauge cluster.

What’s more, we see high-quality wood trim just below the center screen, which no doubt be offered alongside a host of other high-end materials, such as polished metal and carbon fiber. 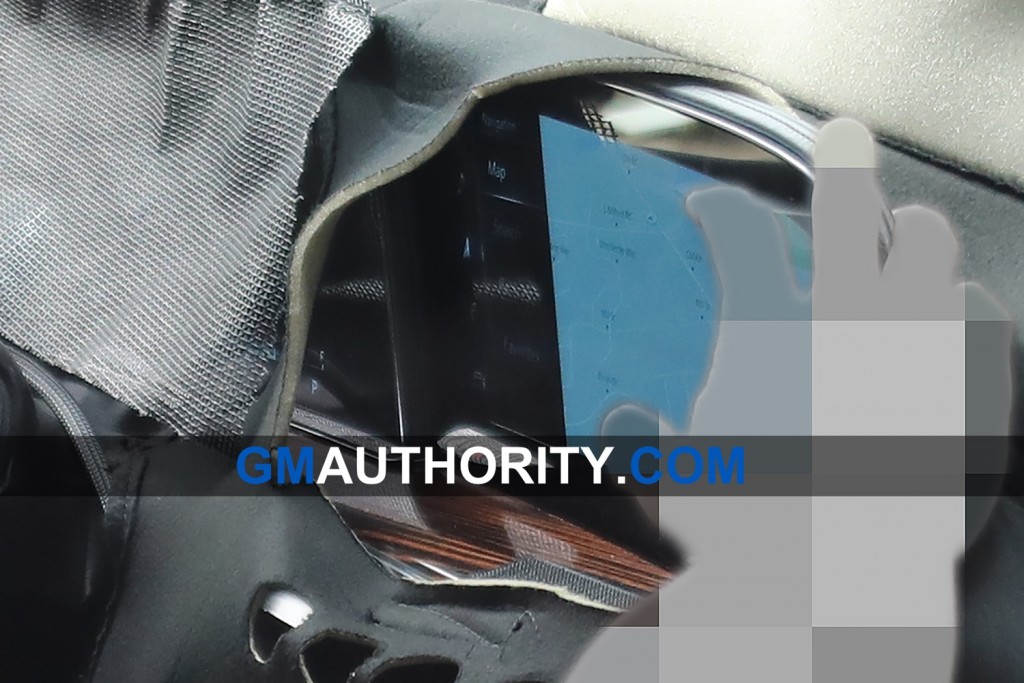 Either way, we hear the new Cadillac Escalade will definitely have a large center. According to one source, the screen will be “huge” and pair with a digital gauge cluster.

These shots also show that the new Cadillac Escalade will offer the same Electronic Precision Shift gear selector as the new CT5, which the entire Cadillac lineup will standardize on going forward. 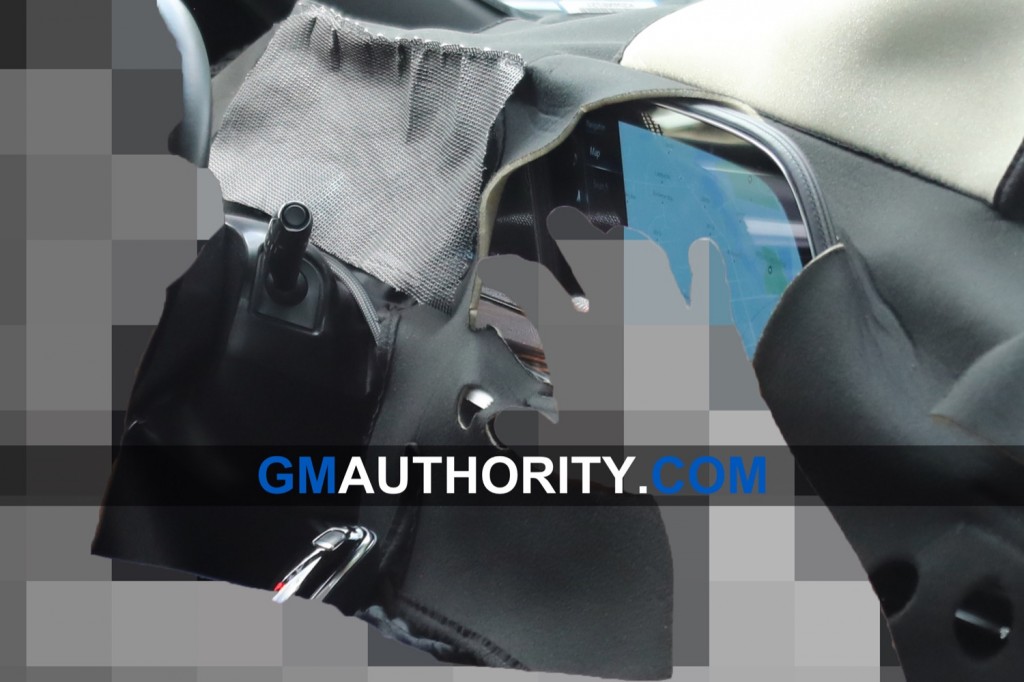 Indeed, big things are just over the horizon for the Cadillac Escalade. In addition to all these interior and cabin changes, we also hear the new Escalade will have a high-performance variant and an electric model that will offer upwards of 400 miles per charge.

Stay tuned, because we’ll be following this story as it develops further. In the meantime, subscribe to GM Authority for more Cadillac Escalade news, Cadillac news, and 24/7 GM news coverage. 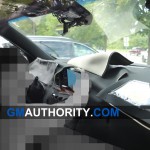 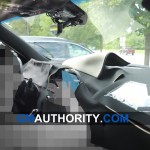 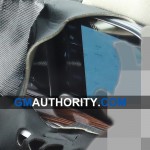 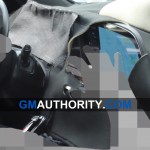