Josef Newgarden has extended his IndyCar championship lead by 26 points over fellow American Alexander Rossi after winning the Iowa 300 from Iowa Speedway.

The Team Penske/Chevrolet driver led a race-high 245 laps before taking the chequered flag – beating Chip Ganassi Racing’s Scott Dixon over the line, who charged from sixth to second in the final 26 laps of the race. 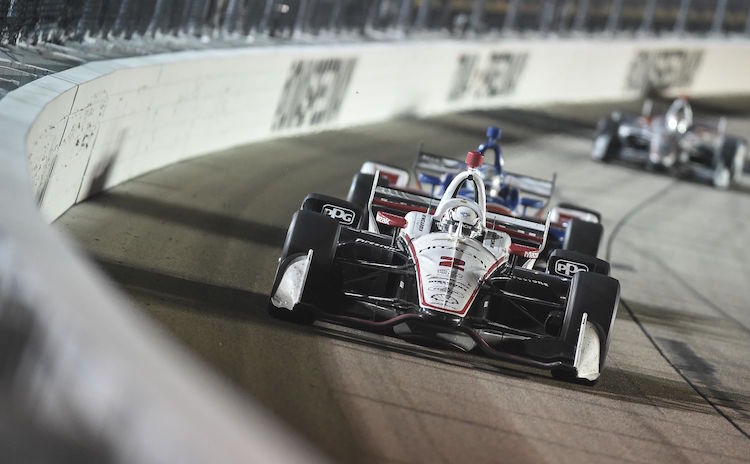 Newgarden was pleased with his performance Saturday night after he lost out to his fellow Penske/Chevrolet drivers Will Power and Simon Pagenaud in qualifying. Indy 500 winner Simon Pagenaud put his machine on pole, while Will Power was second and Newgarden third.

“I’m much happier tonight, I can tell you that,” Newgarden said. “I was really a little bit frustrated yesterday just because I knew we had a pole-winning car. We didn’t put it together. It’s competitive.” 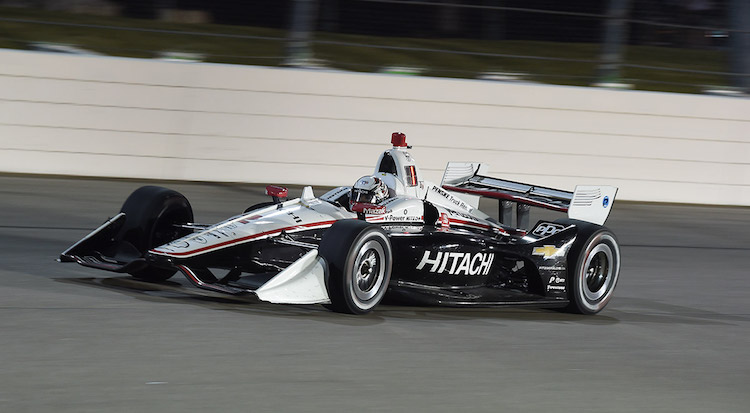 Finishing third behind Newgarden and Dixon was Arrow Schmidt Peterson’s James Hinchcliffe, who qualified fifth. Hinchcliffe was sure to thank the fans for staying to watch the race, which was delayed for rain after heavy storms rolled through the region.

“For all the fans that stayed out, weathered the storm – literally – huge thanks,” the Toronto native said. “I think it was well worth the wait. Hopefully everybody that did come and stayed for the race enjoyed the show. It felt pretty exciting from where we were sitting.” 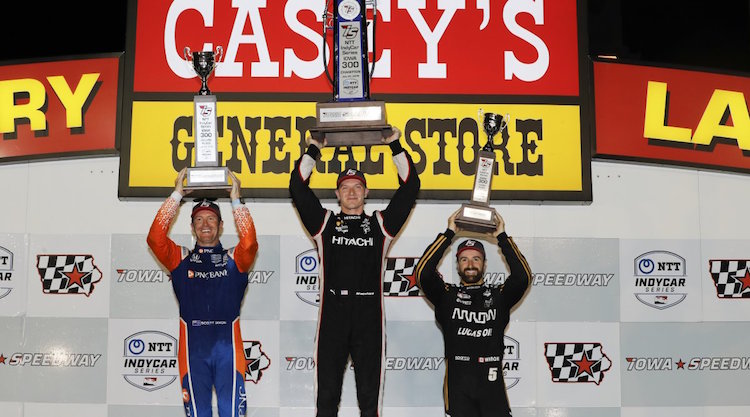 Dixon passed Hinchcliffe for the second spot with just 16 laps remaining – putting Newgarden on high alert as he sought to keep the hard-charging Kiwi in his mirrors. Dixon was unable to reel him in, but Newgarden was clear that if he had managed to catch up, he wouldn’t have given the position up easy.

“I wasn’t taking it easy, but I was saving my tires and biding my time up front,” the American said. “Look, if he wanted to box, I would’ve been ready to roll. I was just trying to not let him get close enough.”

Click here for full results from the Iowa 300 and be sure to check out the full highlight reel in the video embedded above.