What we have for you today isn’t as strange as the makeshift Chevy Colorado mule to develop the Ford Bronco, but it’s pretty close nonetheless. Our spy just caught a third-generation Chevrolet Camaro leaving the GM Milford Proving Grounds. But this is not ordinary Camaro, which makes this sighting all the more noteworthy. 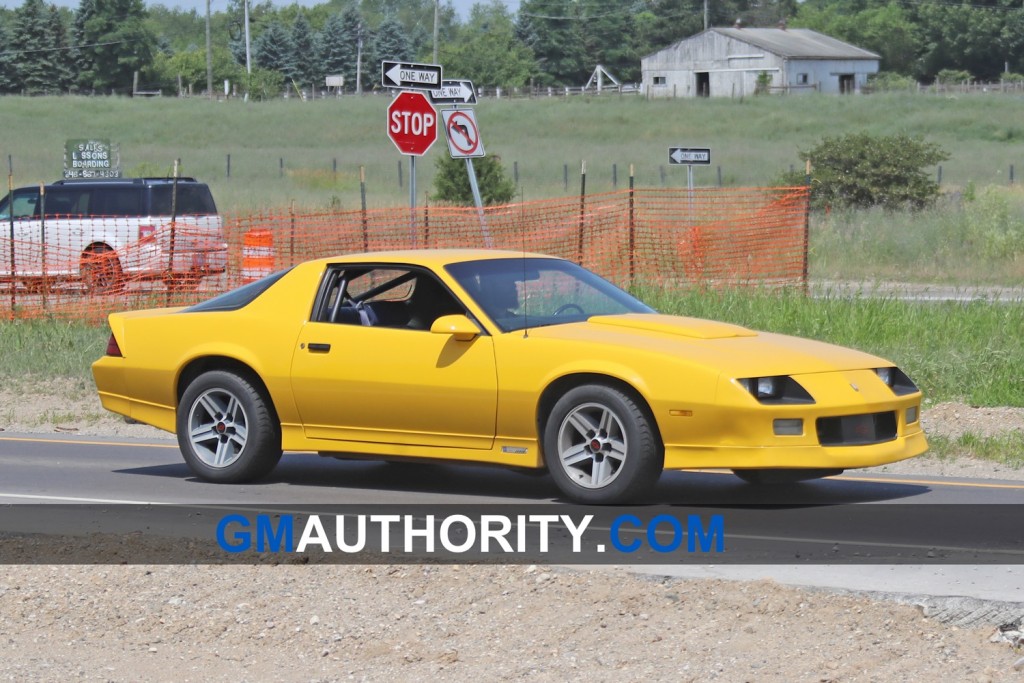 The bright yellow Camaro seen here is wearing Manufacturer plates and has a sticker (on the lower end of the driver’s side windshield) that makes it part of GM’s Milford test vehicle fleet. As such, the vehicle in question appears to be a prototype, and not just a third-gen Camaro belonging to a GM employee. But it gets even better. 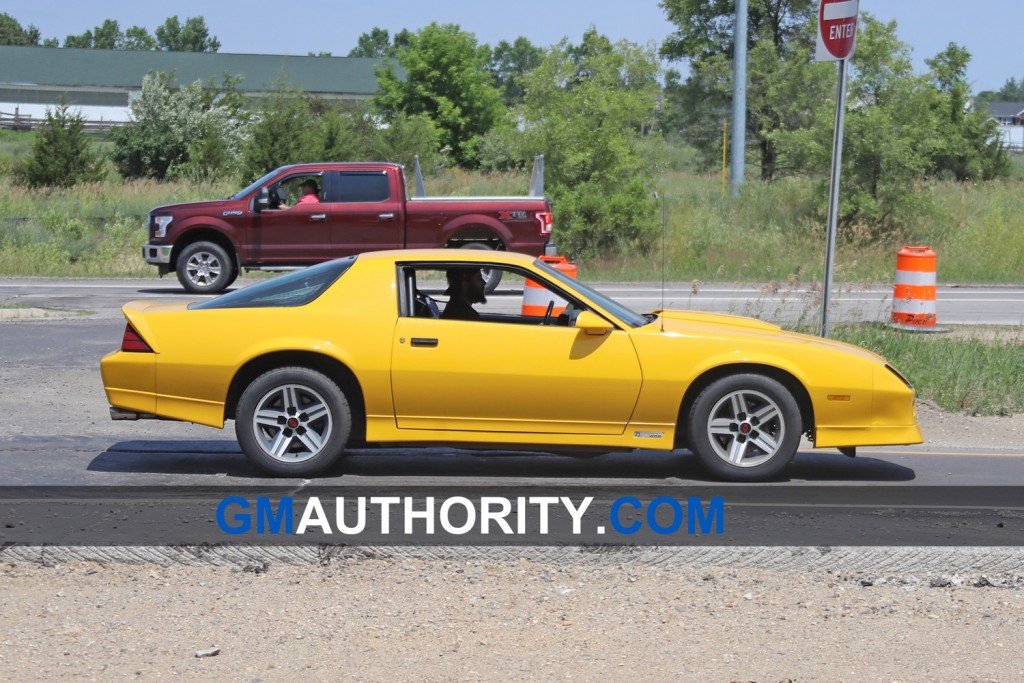 We followed the Camaro very closely for a good ten minutes on public roads, and learned some interesting things. First, everything about the way this thing sounds indicates that it cradles a Small Block V8 engine under the hood. Second, there is a six-speed manual transmission in the cabin (yes, we actually counted the shifting). A six-speed was definitely not offered on the third-gen Camaro. 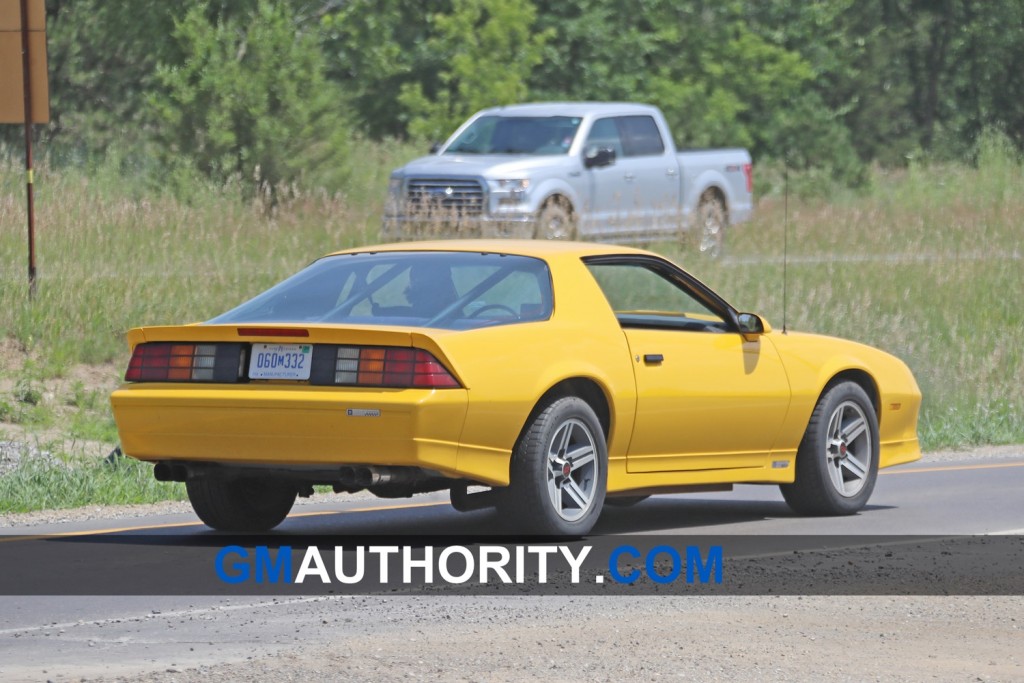 Other notable elements about this strange Camaro include the presence of a roll cage, twin dual exhaust tips at the rear, a raised hood (likely to clear a bigger/taller engine), and GM Performance Parts badges on the side skirts (just behind the front wheels) and on the rear bumper. These elements, in particular, make us conclude that we’re looking at some form of a GM prototype that wasn’t designed to cradle the engine currently residing under its hood. 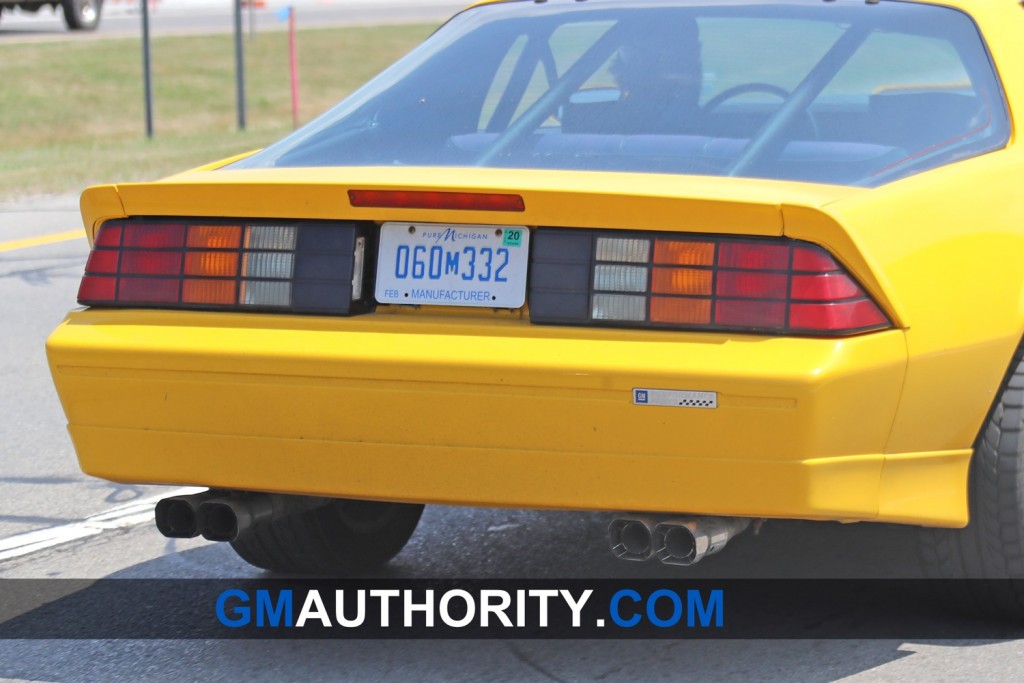 So, what the heck is this thing? Our best guess is that we’re looking either at a powertrain mule testing an engine for the current, sixth-generation Chevrolet Camaro or potentially validating a GM/Chevrolet crate engine. The possibility of this being an early mule for the future Camaro – which may or may not be happening – is quite low. 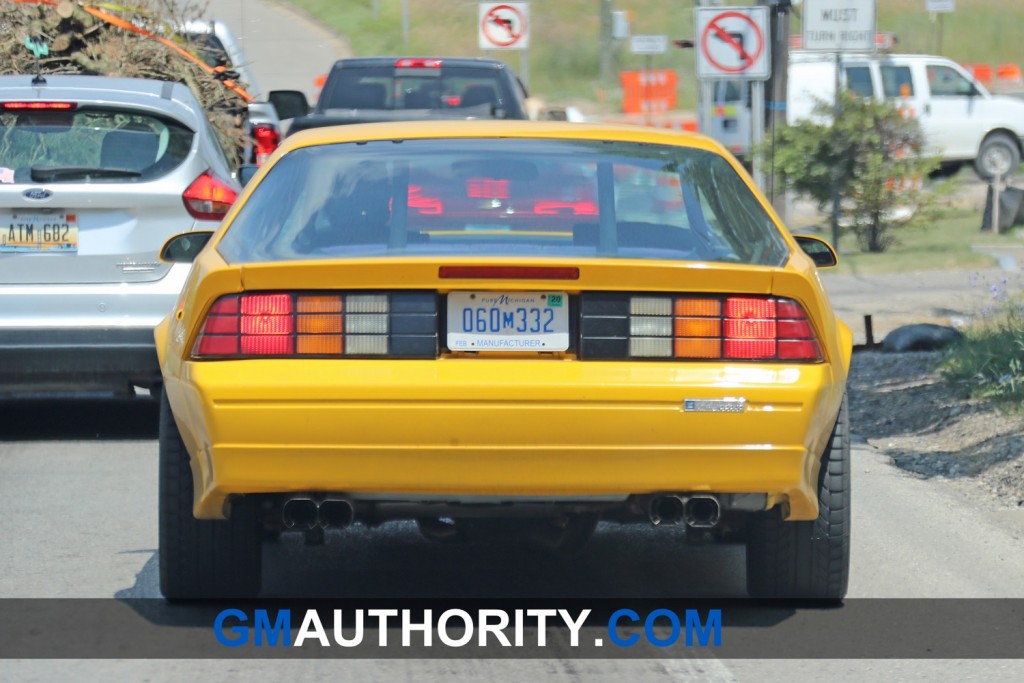 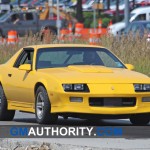 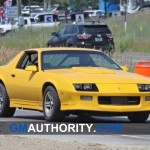 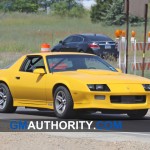 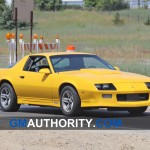 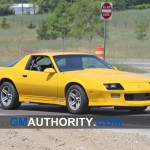 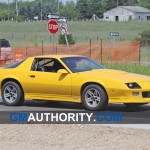 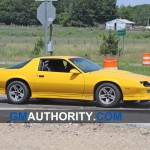 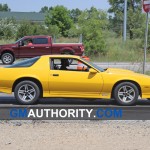 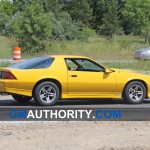 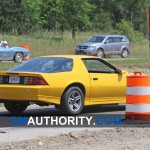 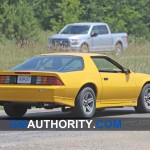 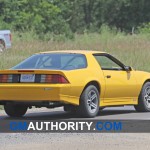 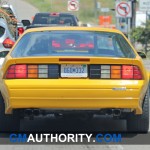 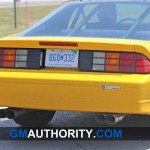