We’re just a few hours from the debut of the new mid-engine 2020 Corvette, and lo and behold, it appears as though someone leaked an official press shot of the new Corvette interior.

The shot includes all the hallmarks of what we’d expect from the new C8, including the new squared steering wheel, which Chevrolet shared just a few days ago. 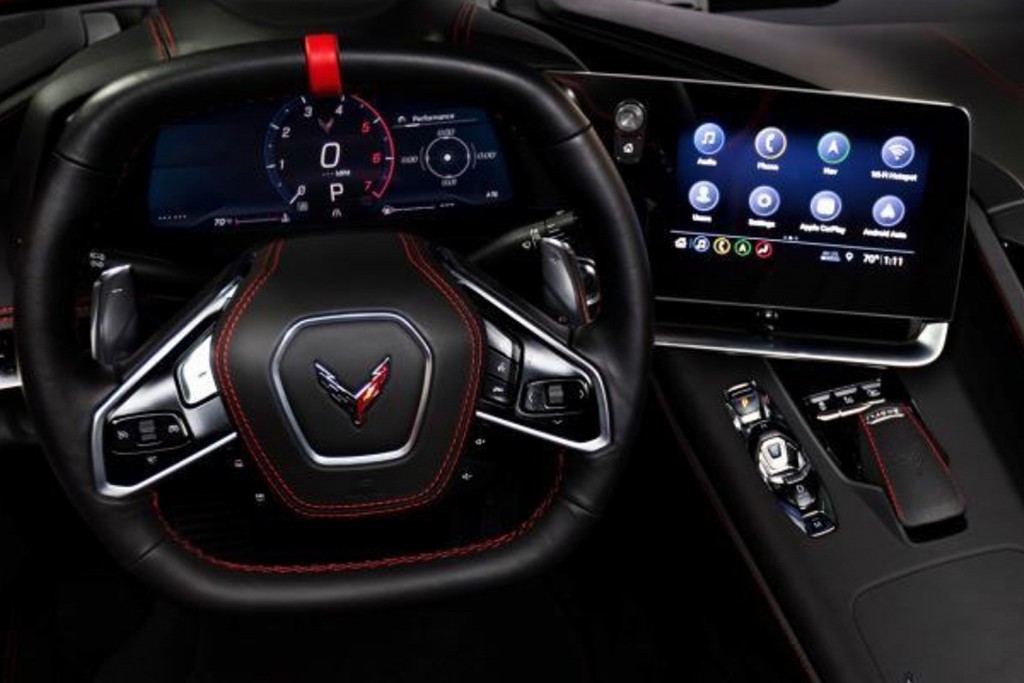 We also see a new digital gauge cluster behind the squared wheel, with a large tachometer front and center, as well as what appears to be a gauge located to the right-hand side that reads g-levels. 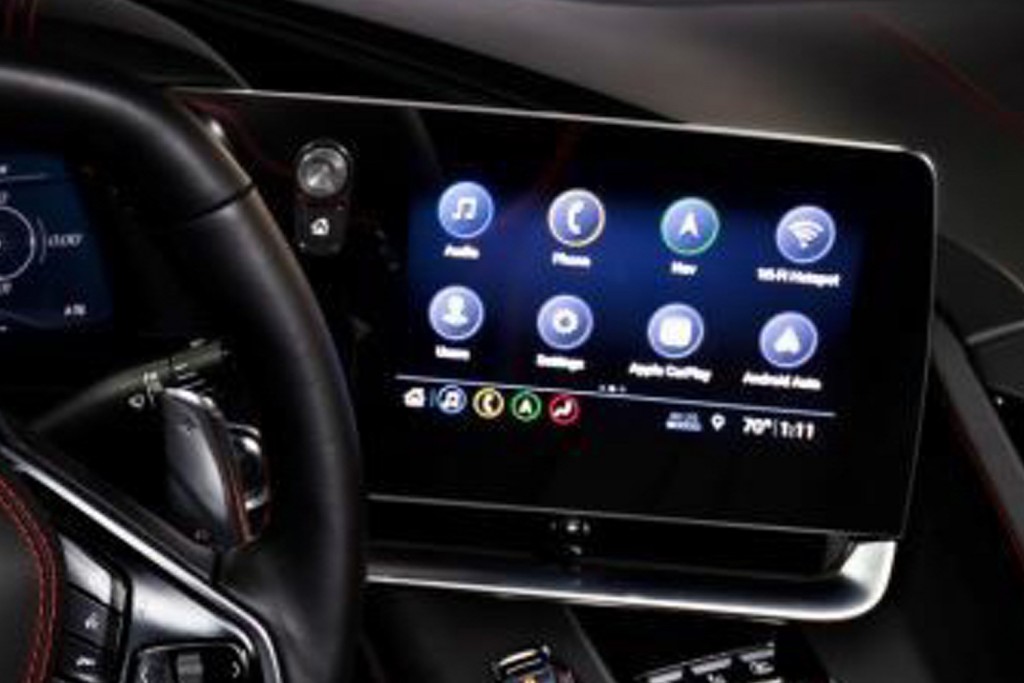 Black upholstery with red contrast stitching covers everything in the new Corvette interior, while brushed metal pieces are found in the steering wheel spokes, along the dash, and in the doors. We also notice some carbon bits along the door armrests. 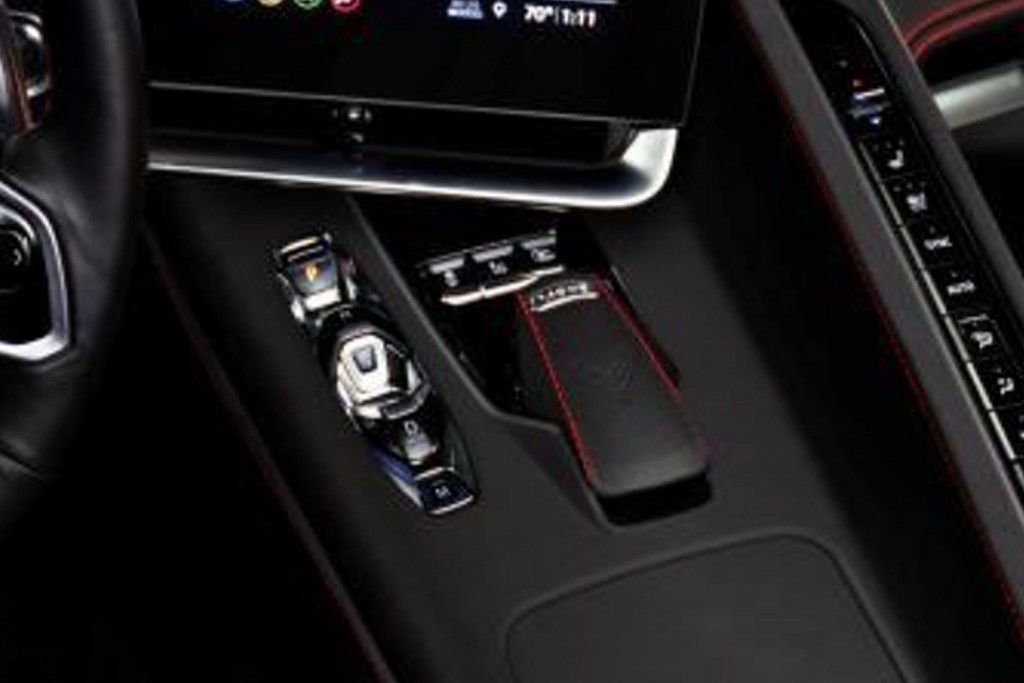 The center divider between the driver seat and passenger seat seems to be similar in width to the current model, and comes with a long line of hard buttons along its outer edge for various comfort features, such as HVAC, not to mention the windshield and rear glass defroster, along with seat cooling and heating functions. 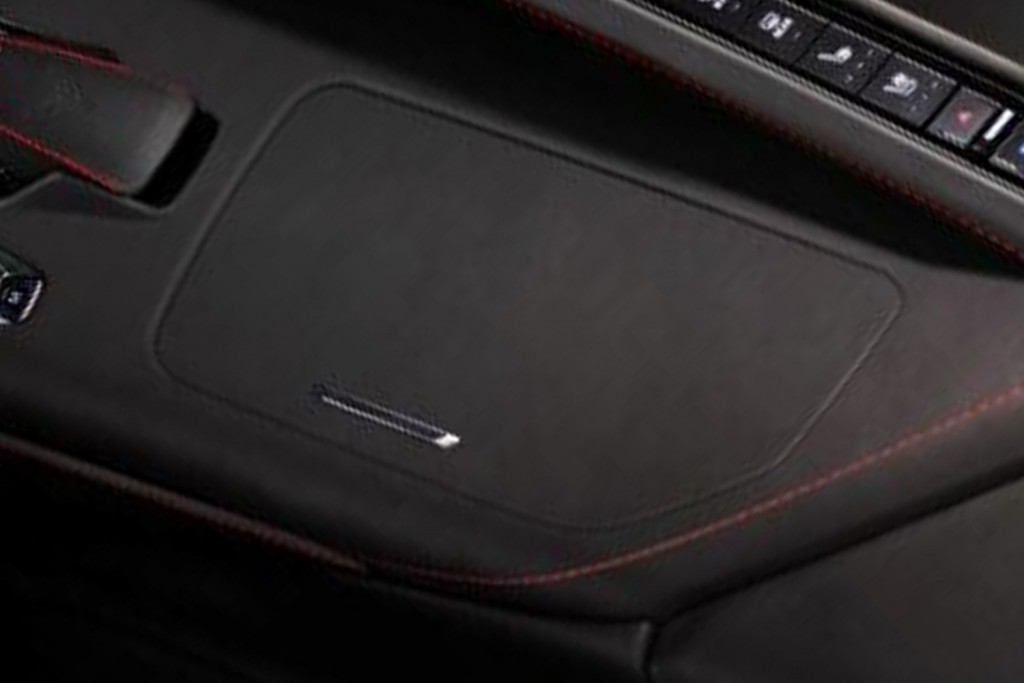 One of the most interesting aspects of the new Corvette interior is the large infotainment screen added just to the right of the steering wheel. Rather than occupying a spot on the dash, this screen seems to be attached to the main gauge cluster, tilting towards the driver for easy access on the fly. 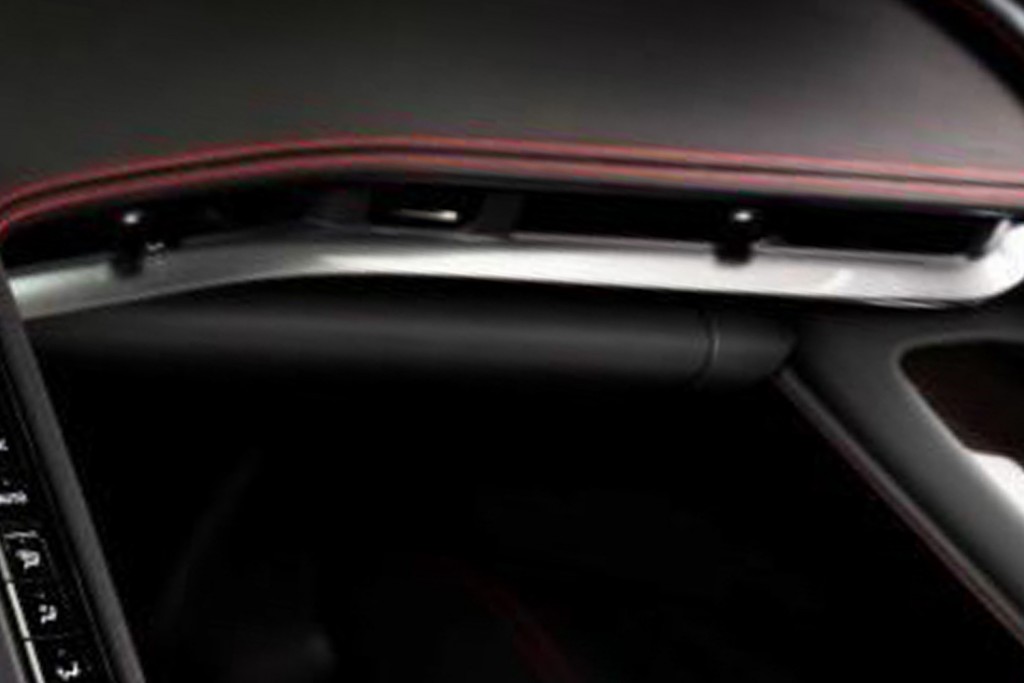 Stay tuned, because we’ll be covering the 2020 mid-engine Corvette C8 debut as it happens! In the meantime, catch up on everything we know about the new Vette in our in-depth preview post, and tune in to the Corvette C8 reveal live stream.