Denny Hamlin won the NASCAR Gander RV 400 at Pocono Sunday, leading a trio of Joe Gibbs Racing Toyotas across the finish line and taking his fifth career win at the 2.5-mile ‘Tricky Triangle’. 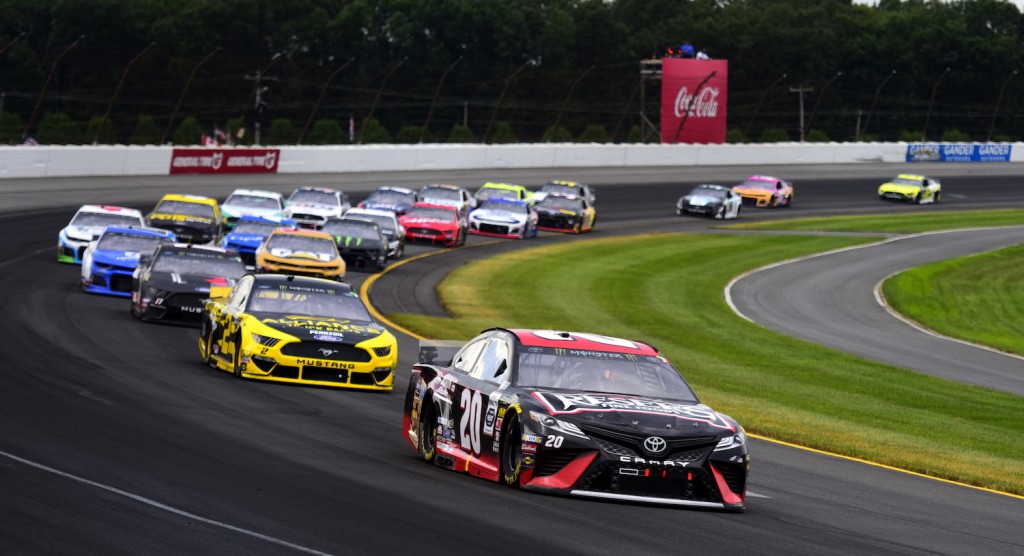 Hamlin took the lead after passing teammate Erik Jones on Lap 144 of a scheduled 160, but was forced to delicately balance speed and fuel economy in the closing laps after pitting for fuel on Lap 115. Luckily for him all three of the Joe Gibbs Toyotas were forced to save fuel in the latter portion of the race, so he didn’t face a massive push from second place finisher Jones or third place’s Martin Truex Jr. The JGR drivers were force to conserve fuel even more after the race went into overtime. 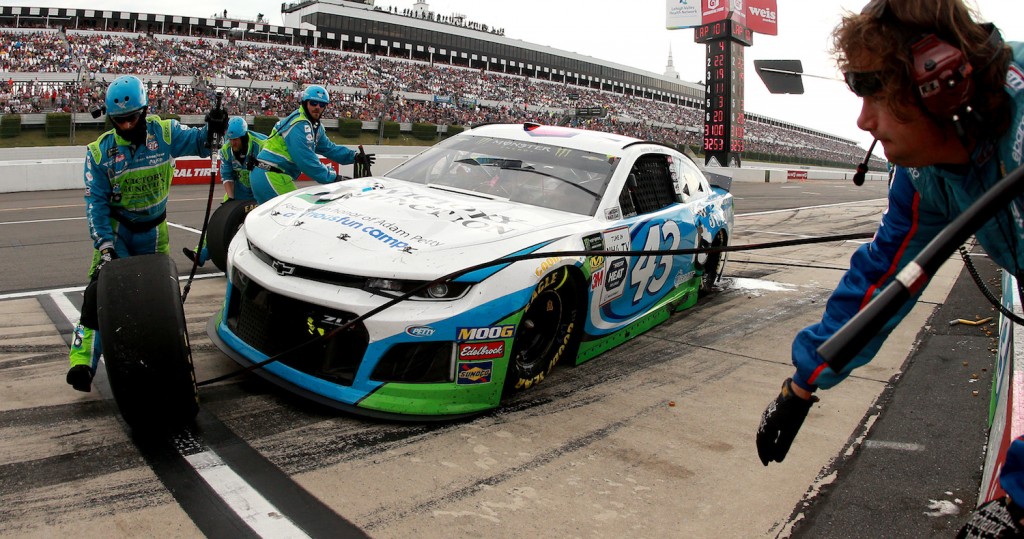 “I was in fuel-save mode and still trying to get around those guys,” said Hamlin. “When I got around them, I really went into conservation mode instead of stretching the lead out there.”

“I got the opportunity on the outside of Turn 3,” he added. “Thank Pocono for the PJ1. Obviously, it could be hedged a little bit lower, but they at least gave us a second to race in today that we haven’t had before.” 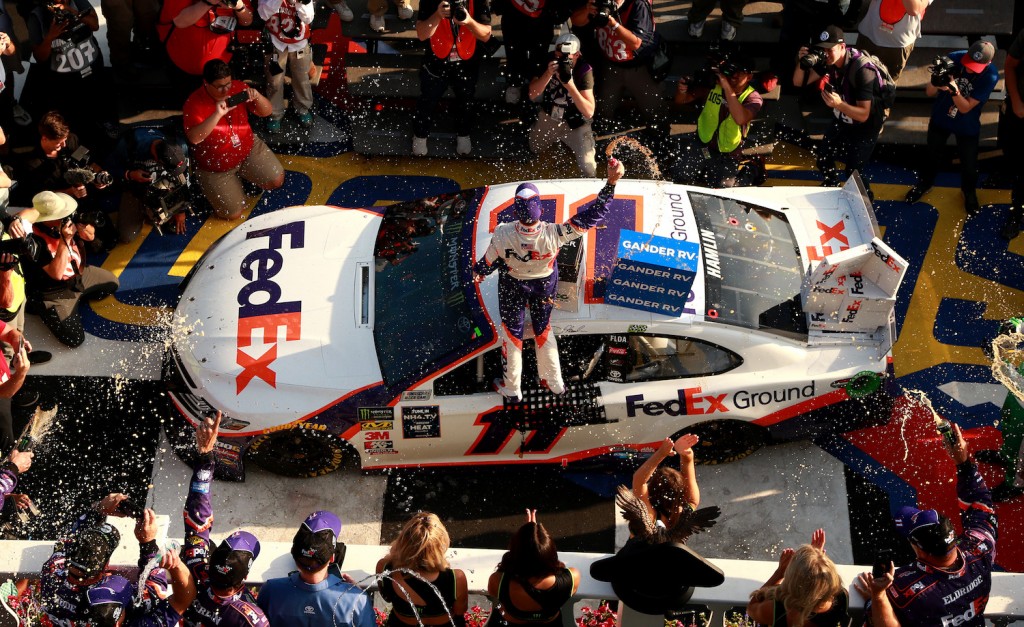 Two Chevrolets made it into the top five – the No. 24 of William Byron and the No. 42 of Kyle Larson. Byron was forced to start 31st after his qualifying time was disallowed, while Larson also started from the back after being forced into a backup car following a practice wreck.

Kyle Busch won the first stage of the race, while Jimmie Johnson won the second, however neither the No. 18 Toyota nor the No. 48 Chevrolet had the race pace late in the day and finished ninth and 15th, respectively.

Click here for full results from the Quaker State 400 from Kentucky and check out the video above for a full recap of the race.