We’re now just ten days away from the official debut of the mid-engine Corvette, which is set for July 18th. Having brought you the inside scoop about the base engine in the Corvette C8, we just got our hands on a photo showing the upcoming sports car’s rear end without any camo. 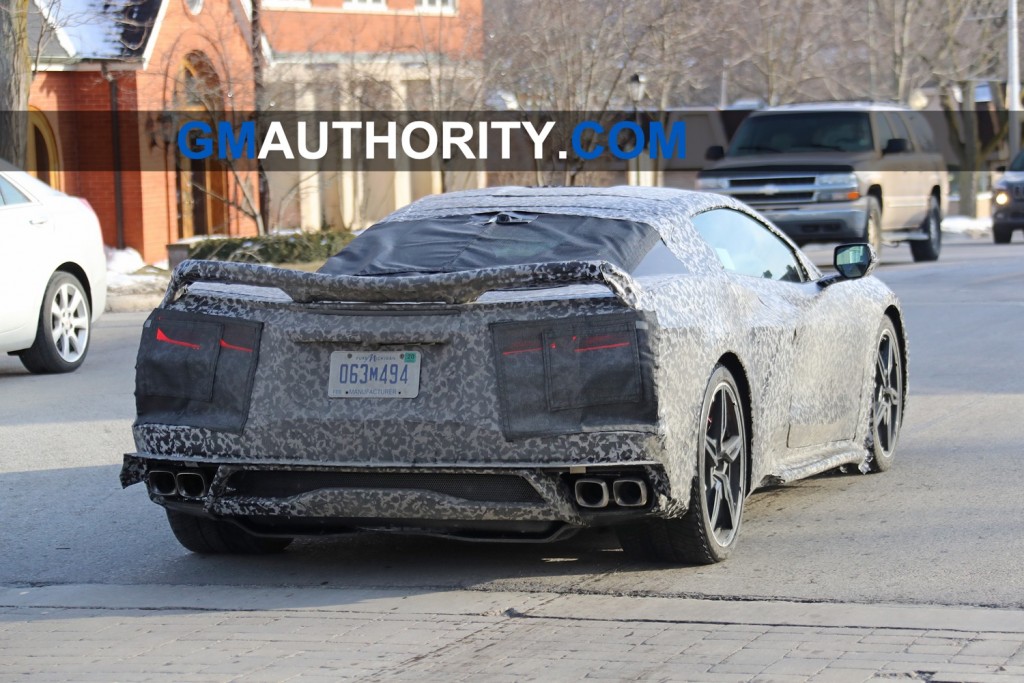 What we see is very much in line with previous Corvette C8 spy shots, and represents an evolution of the design seen on the current Corvette C7. It all starts with the spoiler, which features two larger cutouts at each end, along with a thinner cutout in the middle.

The tail lights, meanwhile, are very reminiscent of the units on the C7. They also happen to be more aggressive and have a significantly more three-dimensional treatment. 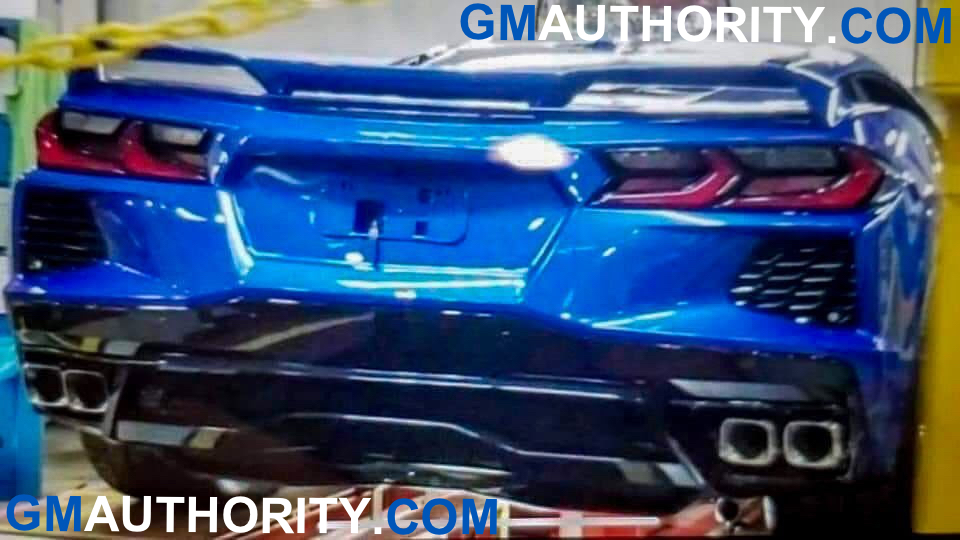 Below each tail light is a vent with intricate surface development; the vents likely integrate with the upcoming sports car’s aerodynamics and powertrain cooling systems. A license plate cutout capable of accommodating any format of license plate is positioned between both of the vents.

Below all that goodness sits a diffuser and quad exhaust pipes at each side, representing a significant departure from the current Corvette’s centered quad-pipe exhaust treatment. The rear valance, meanwhile, seems to be feature a shiny piano black finish. 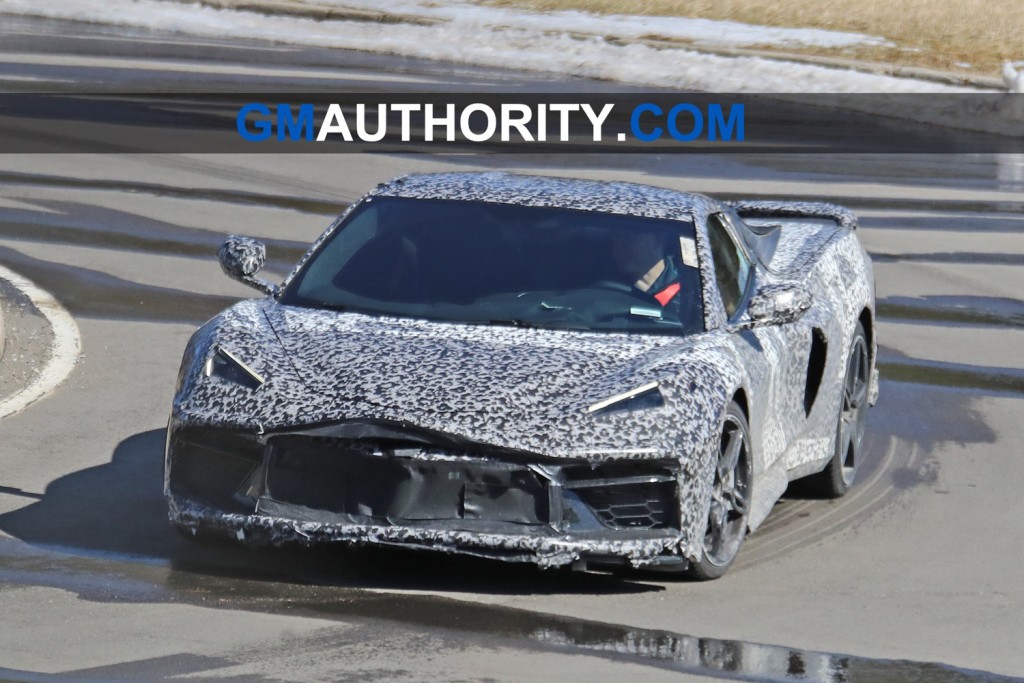 The entire design of the leaked Corvette C8 rear end exudes athleticism and is rather aggressive, qualities that are right at home on a modern Corvette. We’re liking what we’re seeing thus far… are you? Talk to us in the comments.