Both images show only a section of the vehicle’s rear end, so there’s not much to go off of here. The more revealing image is of the right rear of the performance crossover, showing a V-Series badge, a ‘2.7T’ badge, a dual-tip exhaust and carbon fiber trim elements below the indicator light and within the license plate frame.

The second image gives us a look at the carbon trim framing the license plate cutout, along with an ‘XT4’ badge and what appears to be a more prominent hatch spoiler.

It’s hard to say if these photos are legitimate, or if someone is simply trying to create their own home-brew Cadillac XT4-V. The exhaust tips do look similar to those on the Cadillac CT4-V, however, and the carbon trim also looks real. Then again, the ‘2.7T’ badge does not follow Cadillac’s new torque-based naming scheme and the CT4-V does not feature such a badge, either. Furthermore, Cadillac has never indicated the displacement of a V-Series product with a badge like this before.

If by chance these photos are the real deal, they indicate the XT4-V will arrive with a turbocharged 2.7-liter four-cylinder engine – likely the same L3B four-cylinder found in the CT4-V. In the sports sedan, the 2.7-liter engine is rated at 320 horsepower and 369 lb-ft of torque. A more robust version of the same GM nine-speed automatic transmission would probably be employed as well, sending power to all four wheels via a performance all-wheel-drive system. 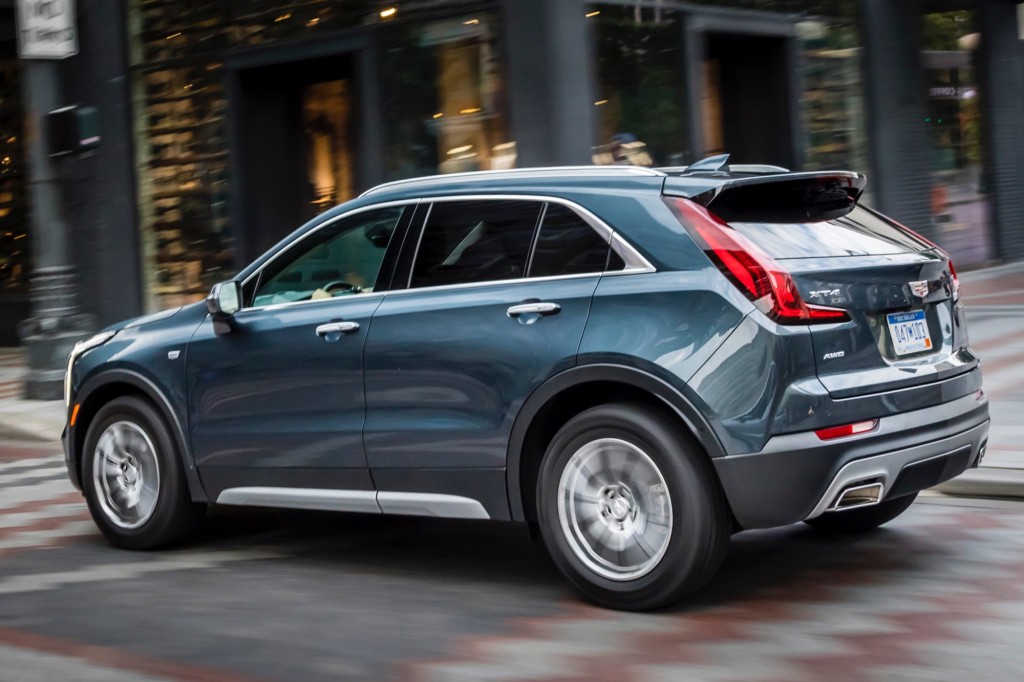 Cadillac may also wish to include a sportier version of the XT4’s Active Sport Suspension system on the XT4-V, or it could even rely on GM’s Magnetic Ride Control dampers. We imagine more robust brakes and aggressive front and rear fascias would be in the cards, too.

Stay tuned for more information on a future Cadillac XT4-V model, as such a performance crossover is believed in line with the brand’s future product strategy, even if these photos are of questionable validity.