NASCAR officials decided to call the race early with 127 of 160 laps completed after thunderstorms persisted in the Daytona area. Haley and his No. 77 Chevrolet Camaro ZL1 had moved into the lead after Kurt Busch decided to come to pit road for fuel under yellow. Busch’s team brought him into the pits after NASCAR gave the sign saying there was 1 lap to go until the restart, but the restart never came, with the red flag then coming out for rain. 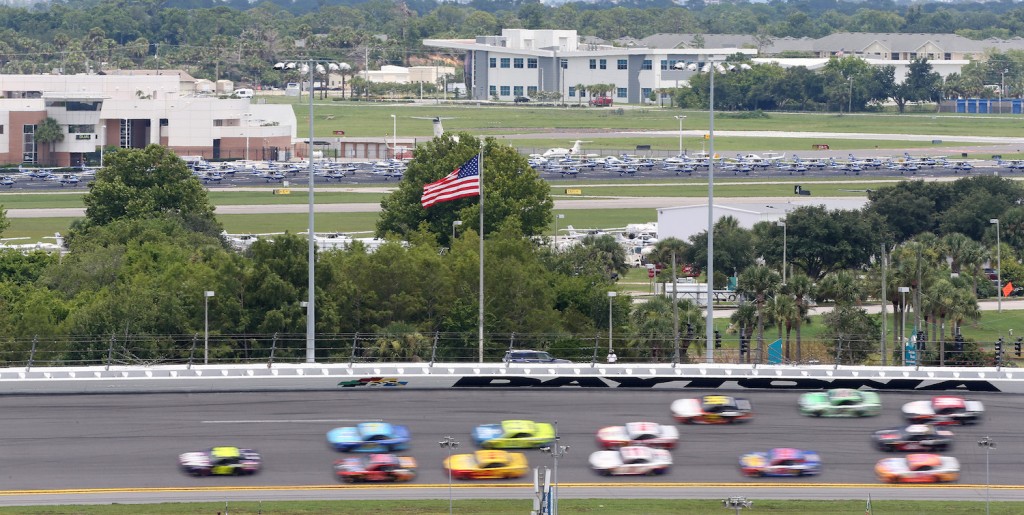 After waiting for the rain to pass for a couple of hours, the race was ended and Haley was declared the winner. Post-race, Haley celebrated with his mother Melissa Dennis, who admitted to NASCAR that she was cleaning her family’s motorhome to keep her mind pre-occupied under the lengthy red flag stoppage.

“I knew eventually we’d be standing there and celebrating a win, but I was definitely not prepared on his third Cup start to be here and experience this,” she said.

A Lap 120 wreck that collected 18 cars in the field ultimately decided the race. The so-called ‘Big One’ was sparked when the No. 3 Chevrolet Camaro ZL1 of Austin Dillon blocked the No. 14 Ford Mustang of Clint Bowyer, forcing Dillon around and taking out major names like Joey Logano, who had led the most laps all day at 41, along with Chase Elliott, Alex Bowman, Kyle Busch, Denny Hamlin and more.

“I got under him and he blocked and we got together, I got off of him, moved down and got off of him – and here he comes back down even more and just finally wrecked us all,” Bowyer said of the incident.

The race was a positive result for Chevrolet, which was struggled compared to Toyota and Ford so far this year. Byron, Johnson and Ty Dillon finished second third and fourth, piling on the points for the manufacturer. Kurt Busch was classified tenth after his team’s decision to bring him into the pits under yellow,