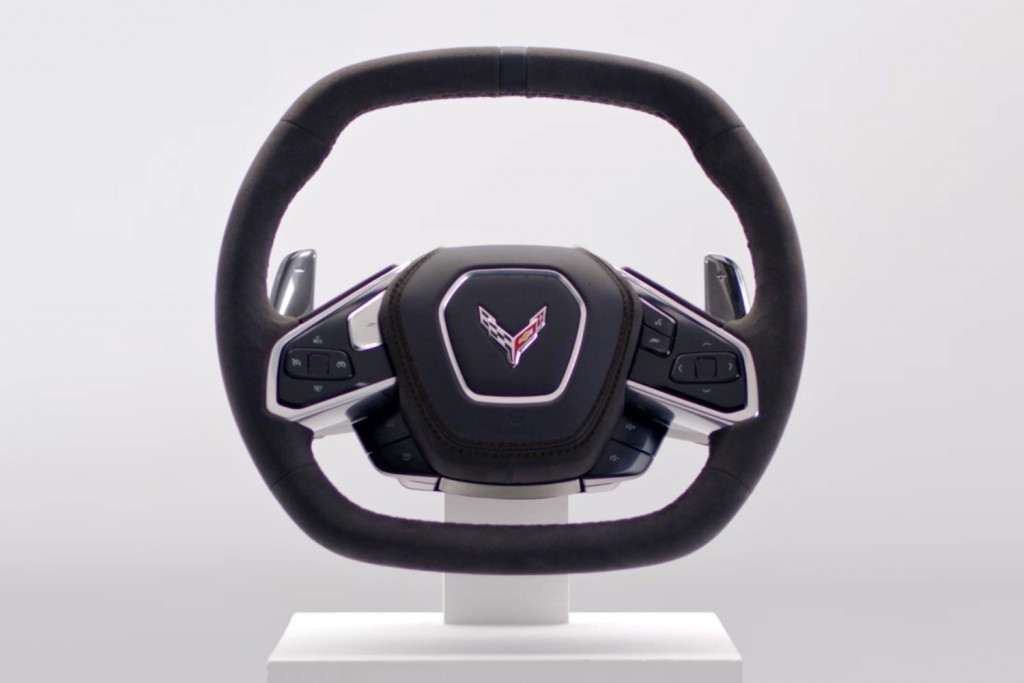 What we see is a leather-wrapped wheel with a squared-off shape, as we also noticed previously. Chevy says the squared shape is meant to enhance visibility and comfort. There’s also contrasting stitching and “beautifully integrated controls.”

The new Corvette C8 logo is placed right in the center of the wheel, with a metallic border outlining the logo. The airbag cover appears finished in a fine leather, much like the cover for upper trim levels of the now-discontinued Cadillac CTS. 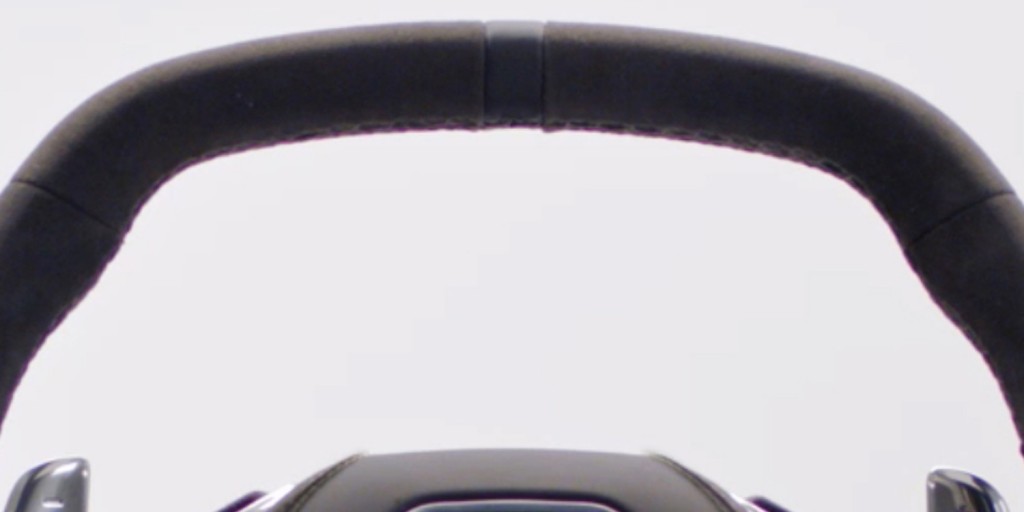 There steering wheel of the Corvette C8 also features two paddle shifters in the typical left-down shift, right up shift configuration. There’s also a black 12 o’clock marker that we imagine will be able to be configured in different colors.

As for the buttons, the left-hand side features controls for the cruise system. The large silver button closer to the center appears to be a toggle control for the Following Distance, hinting that the Corvette will finally get the Active Safety features we’ve been asking for. Under the 8 o’clock arm of the wheel are toggles for next and previous favorite/track.

The right-hand buttons are the media controls, with the two buttons closer to the center are the voice recognition and call end/mute buttons. Curiously, the heated steering wheel button seen in prior spy shots is missing. Under the 4 o’clock arm of the wheel are the volume toggles.

Finally, we should note that the steering wheel seen here seems to be missing the metallic-looking scrollers present in the spy shots. We image that this is because this is a photo of a pre-production wheel that Chevrolet released, rather than the very final version. 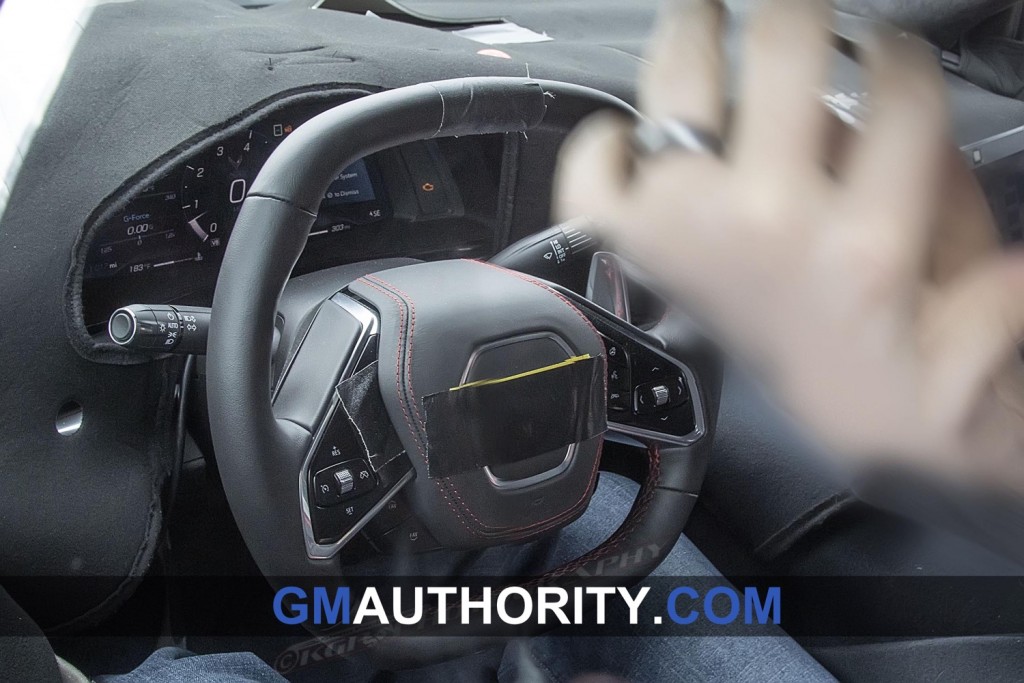