Companies like Google and General Motors have touted autonomous vehicles as being the solution to traffic and congestion in major metropolitan areas, but they also run the risk of making it much worse.

That’s not according to any industry experts, city planners or politicians, but rather Google itself, which is currently planning to erect a $12 million connected neighbourhood in Toronto through its affiliate Sidewalk Labs. 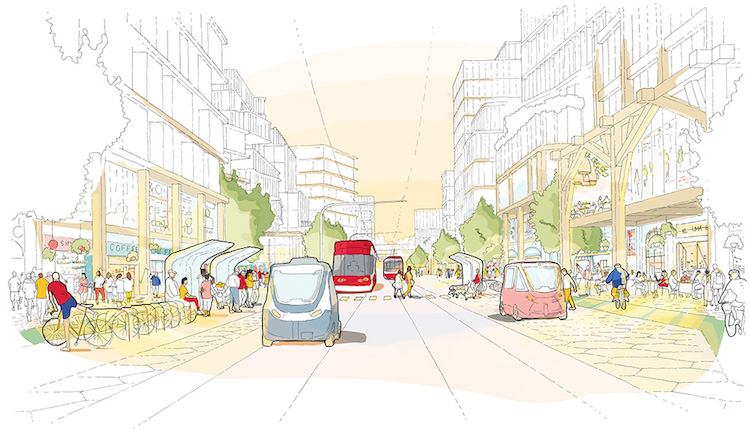 According to Sidewalk Labs’ proposal for the new smart neighbourhood, which the company calls a “city within a city”, the majority of self-driving vehicles must not be self-owned, or they run the risk of amplifying traffic and congestion significantly.

“If self-driving vehicles are individually owned and free to roam the streets without a driver, then car ownership — and congestion — might soar,” the plan says. “But if self-driving vehicles are integrated into the urban environment and public transit network with thoughtful policies that encourage fleets of shared trips and people-first street designs, they can become part of a next-generation mobility system.”

That could mean that anywhere a large self-driving company expands, such as Sidewalk Labs plans to in Toronto or GM’s Cruise Automation in San Francisco, may be encouraged to make driving privately owned vehicles more expensive and more of a hassle in order to discourage those from driving into the city center and from personal car ownership.

A company like Google would have plenty of incentive to lobby for making personal car ownership more inconvenient in big cities. If it rolls out AVs in Toronto with the same amount of traffic congestion and the AVs offer no discernible benefit over a normal Uber ride, its presence in the city could be seen as a failure. Tech companies like Google would also stand to lose nothing from a downturn in sales of personally-owned cars.

Whilst a lot will change in the mobility sector in coming years, the rollout of autonomous vehicles is not happening as quickly as many in the tech and auto industry initially thought. Earlier this year, Ford CEO Jim Hackett acknowledged that many “overestimated the arrival of self-driving cars,” and admitted their true arrival is “way in the future.”

GM was hoping to catch up to Waymo and roll out a robotaxi service of sorts through its Cruise Automation subsidiary before the end of 2019, but it’s unclear if the automaker is still on track to meet that goal, with rumors swirling that the project is behind schedule.