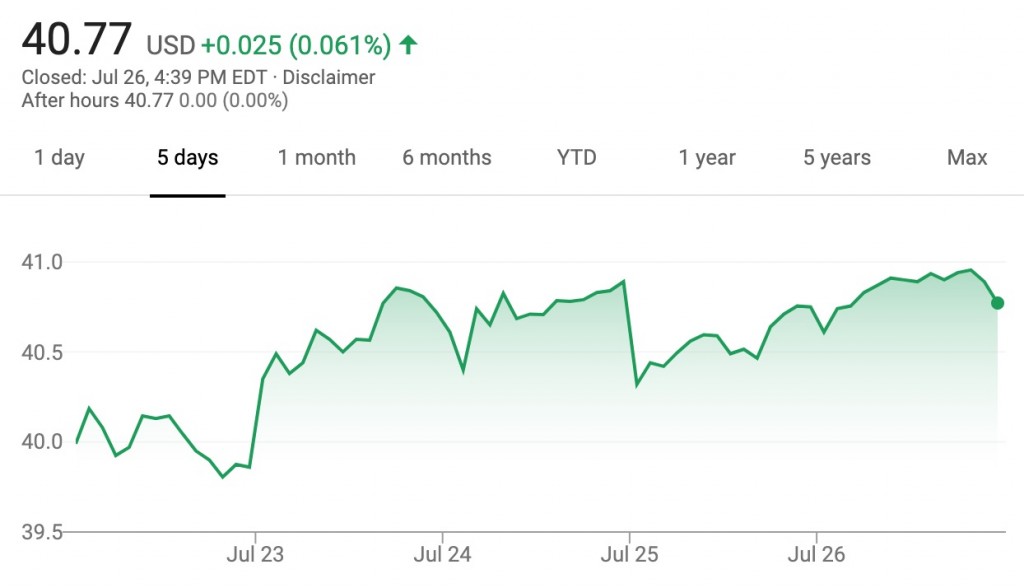 This week’s increase follows last week’s rebound. Prior to that, GM stock experienced four consecutive weeks of growth, which was preceded by four consecutive weeks of declines. Shares saw a weekly low of $39.24 (on Monday) and a weekly high of $41.00 per share (on Friday). The value has again surpassed the $40 per share mark – which marks the sixth time GM share values have reached this value so far in 2019. By comparison, shares of GM’s cross-town rival, the Ford Motor Company, fell 6 percent this week.

Despite these actions, the value of GM stock has traditionally struggled to surpass the $40 mark, spending most of its time in the $33-$38 per share range. To note, the value of the “new GM’s” Initial Public Offering, or IPO, was $33 per share in November 2010. The circumstance has frustrated many investors. Luckily, this morass appears to be dissipating.

We remain interested in seeing how GM stock performs during the second half of the year, especially as the Detroit-based automaker launches its GEM-based vehicles for developing markets, completes the roll-out of its full-size pickup trucks, and begins to launch its all-new full-size SUVs and various new Cadillac models – all products that are expected to contribute significantly to its bottom line.

In addition, the automaker was planning to roll out an autonomous ride-sharing service from its Cruise division by the end of 2019, but has announced this week that it will push back that timeline. GM sees the robo-taxi service as a “trillion-dollar opportunity.”

Last week, GM unveiled the new Corvette, which is switching to a mid-engine layout for the first time in history. The mid-engine Corvette, also known as Corvette C8 or the 2020 Corvette, will launch around December. The vehicle is also expected to contribute to GM’s bottom line, with the Corvette carrying very healthy profit margins.