GM introduced the all-new Chevrolet Tracker earlier this year at the 2019 Shanghai Motor Show. The new subcompact crossover, which replaces the Trax in Chevrolet’s Chinese model range, is currently launching in China now, and will launch in other emerging markets in the near future. And now, we’re getting a fresh batch of official press shots that show the crossover alongside a number of dramatic backdrops. 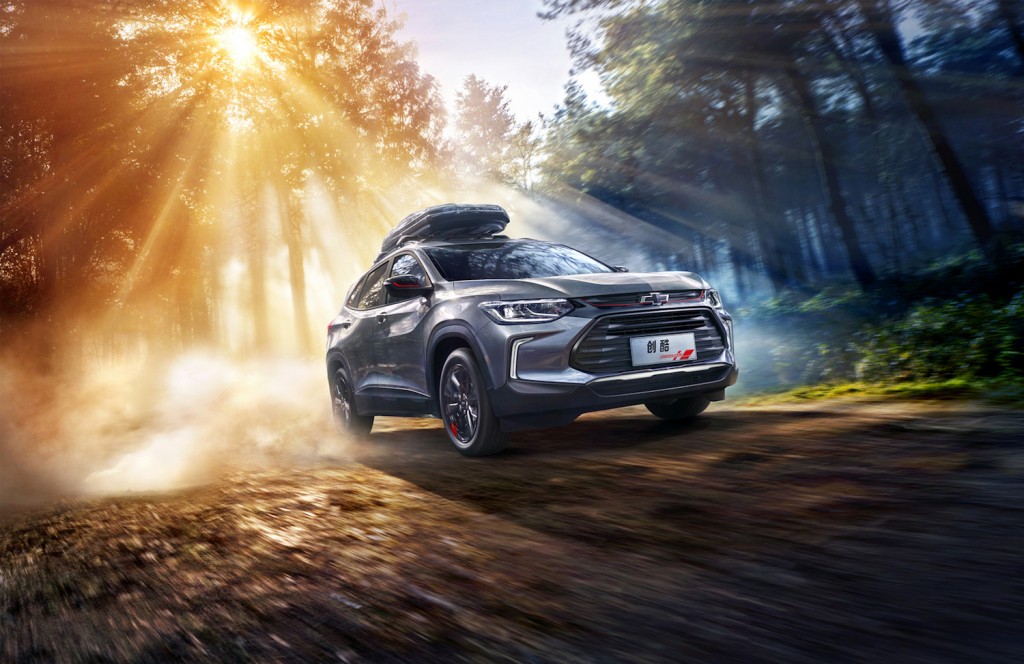 Looking through the new photos, it looks as though Chevy went full “summer blockbuster” here. There’s a shot of the Chevrolet Tracker performing a near-vertical climb above a soaring a cityscape below, as well as a stormy backdrop with lightning above, and a few off-road adventures to boot, both on a muddy trail and traversing a river. There’s also an interior shot that appears to show the Tracker in orbit.

If there was a shot of the Tracker flying through the air with explosions behind it, we woulda sworn Michael Bay was directing the shoot. 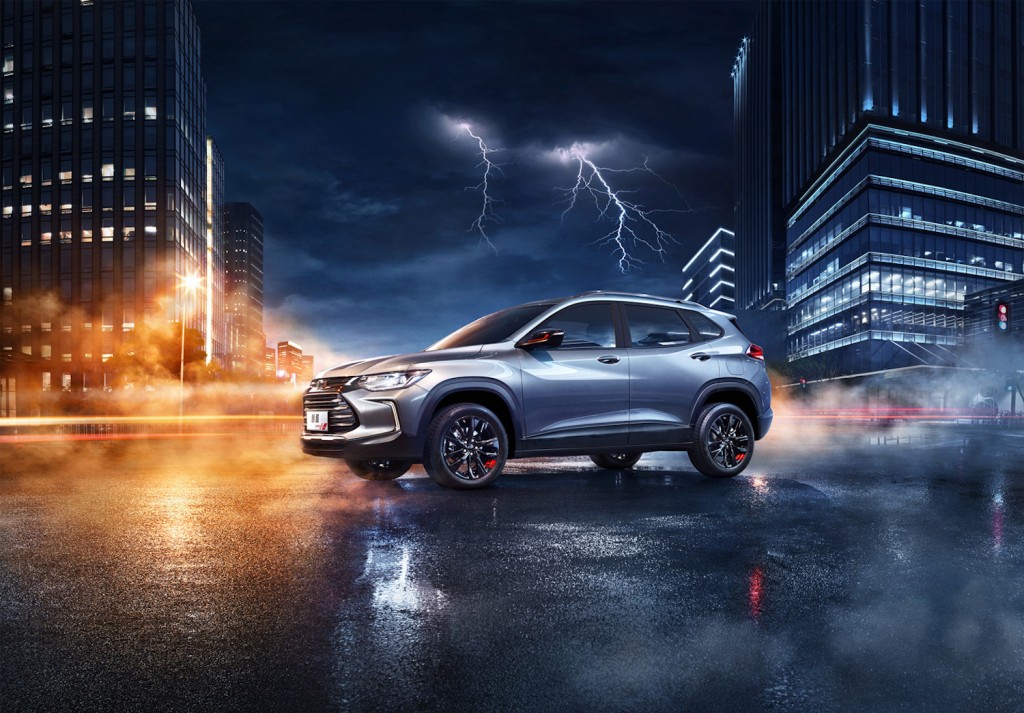 Getting back to Earth, the new Chevrolet Track is built on GM’s latest GEM platform, which is specifically designed for developing automotive markets in Asia and Latin America. In the Chinese market, the Tracker will replace the first-generation Chevrolet Trax. 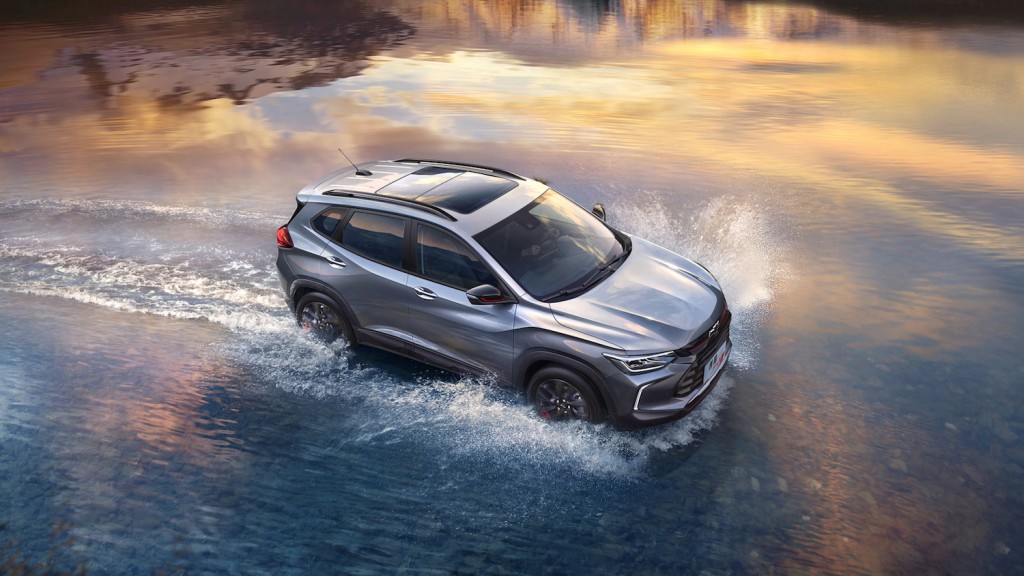 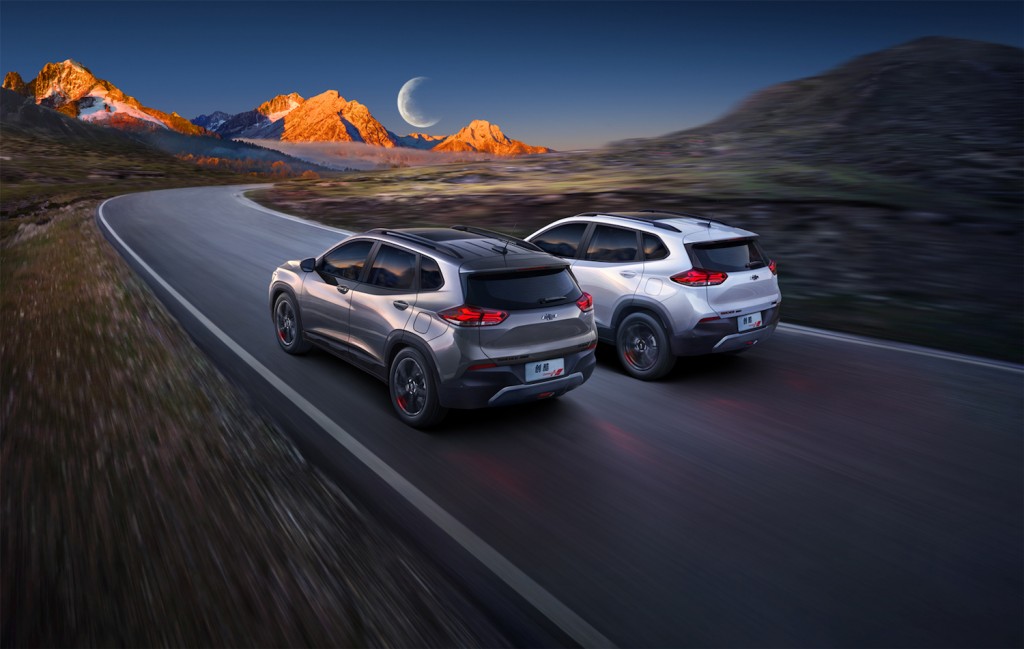 As Chevy’s new entry-level B-segment utility, the new Chevrolet Tracker is heavily youth-oriented, offering up a new aesthetic treatment that’s both eye-catching and stylish. There are LED headlamps and tail lamps, while the Tracker Redline Edition offers further styling updates, such as black Bowtie badging, a glossy black front grille, black 17-inch wheels, and additional red and black elements elsewhere on the body. 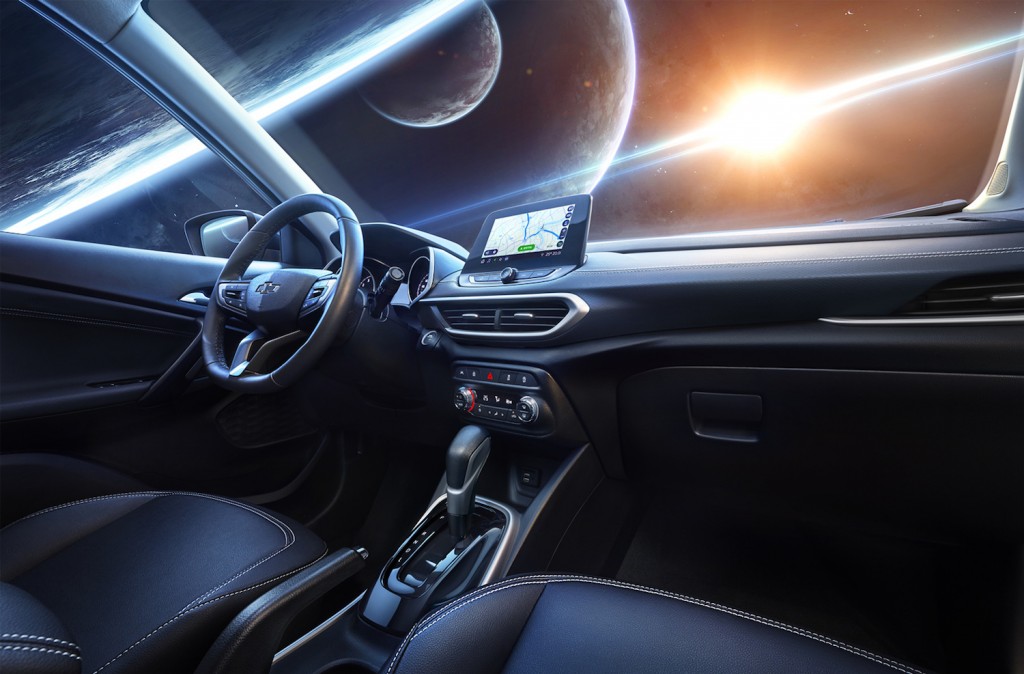 Unfortunately for those Stateside readers currently ogling these new photos, the Chevrolet Tracker won’t be headed to the U.S. market. Instead, North America will get the Tracker’s bigger sibling – the Chevrolet Trailblazer, which will also be available in China. GM will continue selling the first-generation Chevrolet Trax in the U.S. for the time being. 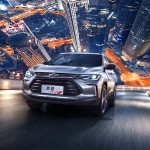 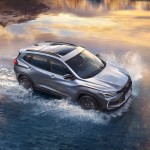 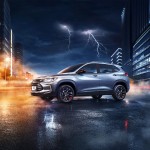 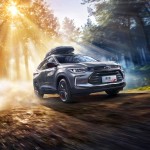 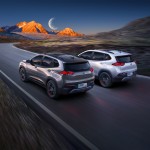 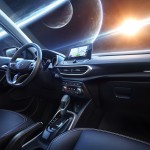 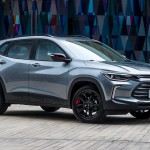 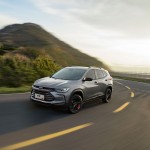 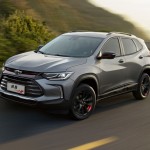