Numerous General Motors-powered vehicles starred in the 2019 Goodwood Festival of Speed this past weekend, from NASCAR-spec machines to sports racing prototypes and even a Penske PC-22 CART car.

As it happens, many of these GM-powered vehicles turned in some of the fastest times during the Festival of Speed’s main event – the timed shootout. For those that have never watched the Festival of Speed before, entrants complete runs up the hill all weekend long, but the only ranked session of the weekend is on the Sunday – which is usually the only day most drivers will drive ten-tenths. 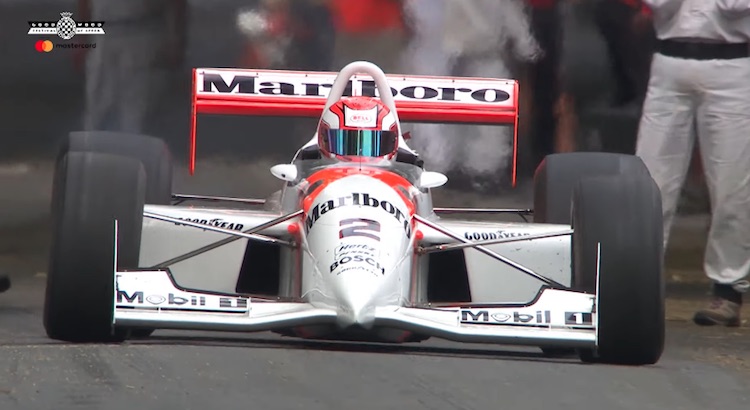 Among those GM powered vehicles that starred in the Goodwood timed shootout this year were a pair of Chevrolet EuroNASCAR machines, a Chevrolet SS NASCAR Cup Series Car and a March 717 Chevrolet sports prototype. A Penske PC-22 CART car with a 2.6-liter turbocharged V8 by Ilmor and Chevrolet was also fighting for the top overall time (although it was hampered by the damp conditions) but realistically stood little chance against the overall winner – Romain Dumas and his purpose-built, fully electric VW ID R time attack racer. 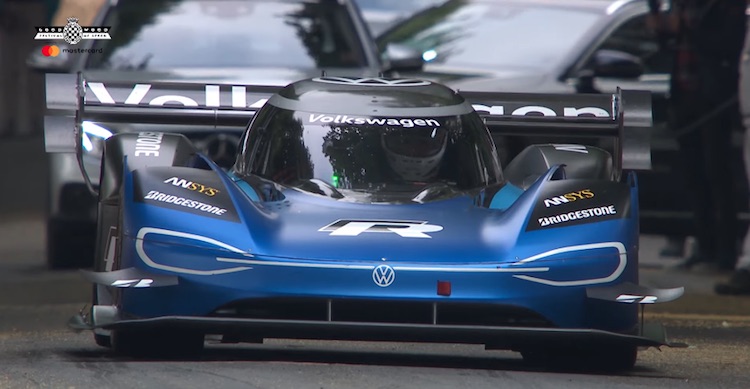 Dumas’ actually broke the Goodwood hill climb course record earlier in the weekend with a 39.9s run. The previous record, which stood at 41.2s, was set by Nick Heidfeld in a 1998 McLaren MP4/13 Formula 1 car. Formula 1 cars are no longer permitted to attempt the hill climb course at full speed, however, so there are only a handful of machines that can realistically challenge the VW ID R. VW also broke the Nurburgring lap record for electric vehicles with the ID R with a lap of 6:05.33.

Check out the complete re-run of the 2019 Goodwood timed shootout embedded above.