General Motors has abandoned efforts to register “Sport Control AWD” as a trademark with the USPTO, GM Authority has discovered.

GM originally filed its application to register the term on September 20th, 2018. The application listed the following use cases for the filing: 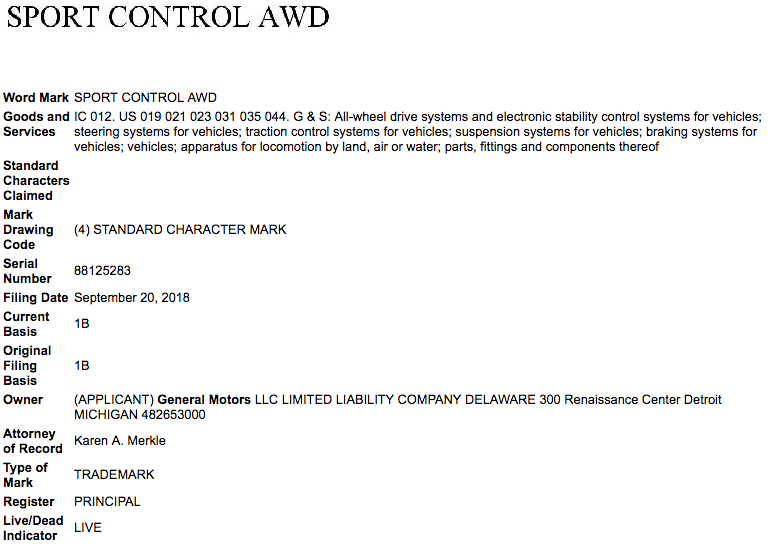 GM’s decision to abandon the Sport Control AWD trademark application shows that the Detroit-based automaker has changed direction on whatever technology or feature the initial trademark was meant for. It’s unclear what the change represents, but we are aware of two possibilities.

The first is that abandoning the trademark application represent a branding-level adjustment. In other words, whatever all-wheel-drive system the Sport Control AWD brand would represent will have a different name. The second possibility is that the actual product that the Sport Control AWD name was planned to represent has been canceled, and will no longer see the light of day.

That’s all we know for now, but we’ll update you as soon as we learn more. In the meantime, be sure to subscribe to GM Authority for the latest future GM product news, GM trademark news, GM legal news and ongoing GM news coverage.