On Friday, Ford and Volkswagen Group tied the knot even tighter. The two automakers announced an expanded alliance relationship that will cover electric cars and autonomous vehicles.

We present this news as it comes as a major challenge to General Motors. GM has elected to largely go it alone (save for a Honda partnership) and develop its platforms and self-driving car technology in house. Granted, it acquired Cruise Automation, which was a major boon to its autonomous car operations. Both Ford and VW, arguably, lagged behind. 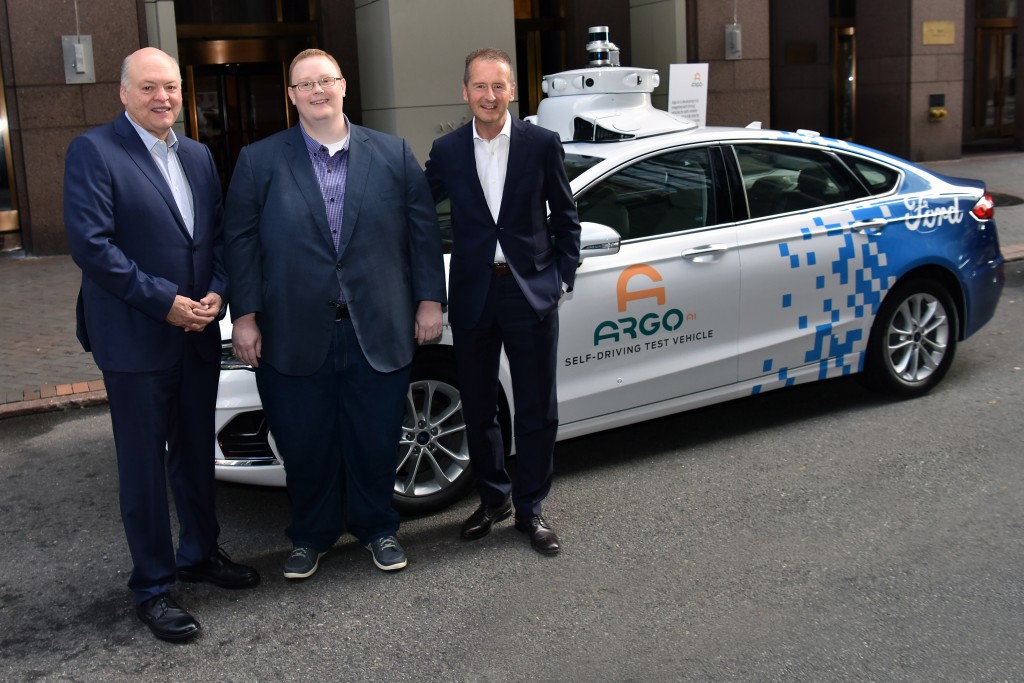 The marriage, which started as sharing resources and production for commercial vehicles and a next-generation VW pickup truck, expands to include a massive investment in Ford-owned Argo AI. Now, Ford and VW will be equal shareholders in the self-driving car unit with the latter investing $2.6 billion. The transactions involved will push Argo AI’s value to around $7 billion.

The bigger news is platform sharing, however. Ford has been granted access to VW’s cornerstone MEB platform. The modular electric toolkit, as VW refers to the MEB platform as, is the fruition of $7 billion spent at the German automaker for a flexible electric-car platform. MEB will underpin, for now, one electric vehicle that Ford will sell in Europe. A second model based on the MEB platform is currently under discussion, but it too will be relegated to the European market.

At home, Ford has partnered with startup Rivian to use the company’s skateboard platform for an electric vehicle. Ford also made a sizable investment into Rivian following talks that broke down with GM. Ford also says it has its own EV platform in the works that should underpin a Mustang-like electric SUV.

We’ll see the VW-based Ford electric car roll out in 2023. In the meantime, it’s still full speed ahead on commercial vehicle and truck development between the two automakers.