Corvette Racing has had a string of bad luck recently, but the team is hoping to turn things around when they head to a very familiar track this weekend – Canadian Tire Motorsport Park. 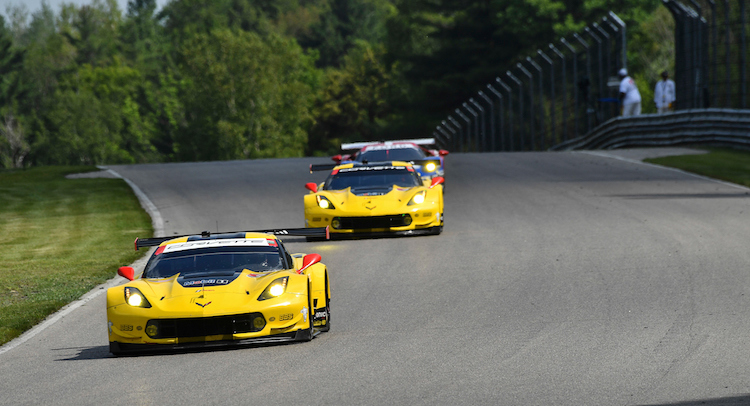 “(CTMP) has brought great success to Corvette Racing over the years,” says drive Oliver Gavin. “We’ve had many victories, and I’ve personally enjoyed success there. It’s a huge, challenging track with the fact that it’s run by Corvette Racing legend Ron Fellows and his family makes it feel like home, really. The track is just fantastic to drive. It’s one of those that has not changed; it’s really old-school, which is really refreshing when you go to lots of other tracks around the world that have been somewhat sanitized. ” 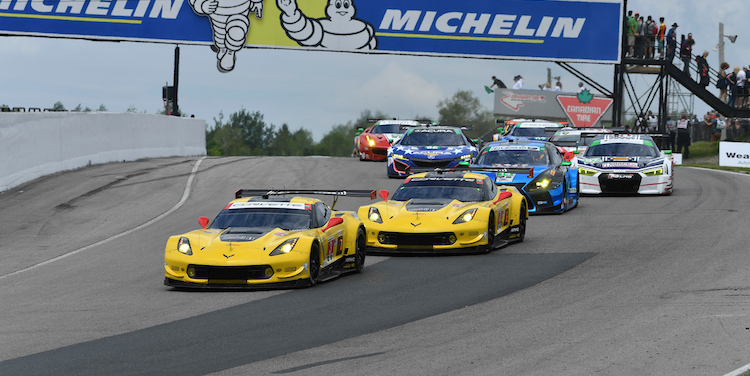 Gavin will be driving the No. 4 Corvette C7.R alongside Marcel Fassler in Canada after his teammate Tommy Milner suffered a hand injury in a wreck at Watkins Glen last weekend. The wreck also severely damaged the No. 4 team’s Corvette C7.R, which was already built around a spare chassis after the No. 4 car was taken out by a GTE Am car at the 24 Hours of Le Mans. The wreck at Watkins Glen forced the team to rebuild the car for the second time in three weeks.

“We all feel badly about Tommy,” said No. 3 Corvette C7.R driver Antonio Garcia. “The amount of bad luck for the No. 4 team is unbelievable. Jan and I came close again to finally winning another race at Watkins Glen. The points and podiums are good but we more and more want to breakthrough and be on the top step.” 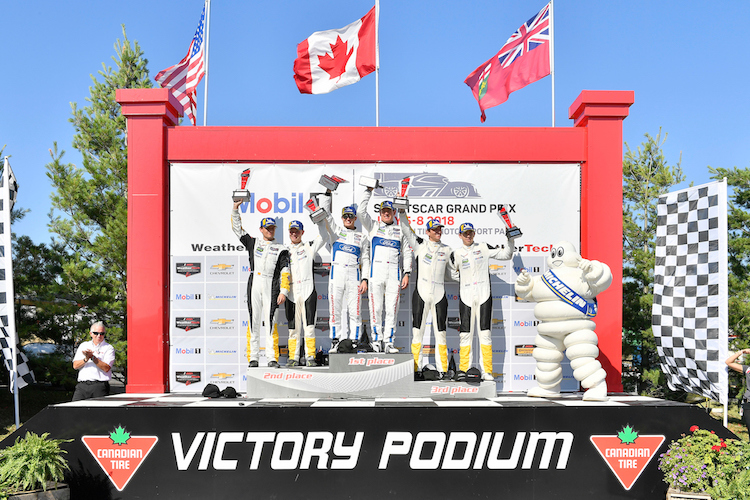 Garcia is hoping the fast and flowing CTMP layout will play to the Corvette’s strengths this weekend like it has in the past.

“(CTMP) should give us another good chance as Corvette Racing has won a lot of races there,” he said. “It’s a track that I think everyone likes with big risks and a lot of speed. It’s one of the best classic tracks that I’ve ever raced on. CTMP has been good to Corvette in the past and we hope it is again this time.”