These days, lawbreakers aren’t simply handed a punishment in court. If the violation is particularly irksome to the officers involved, the alleged criminal is also put on blast in whatever social media outlet is readily available. Think of it as adding digital insult to legal injury. The latest example of this comes to us from the California Highway Patrol, which recently posted a shot of the rear end of a Corvette C7 that was apparently caught going 93 mph in a construction zone.

The post was recently made to the CHP – Oroville Facebook page. “This vehicle was at 93 mph in the 55 mph zone south of the construction workers on SR-70,” the post caption states. 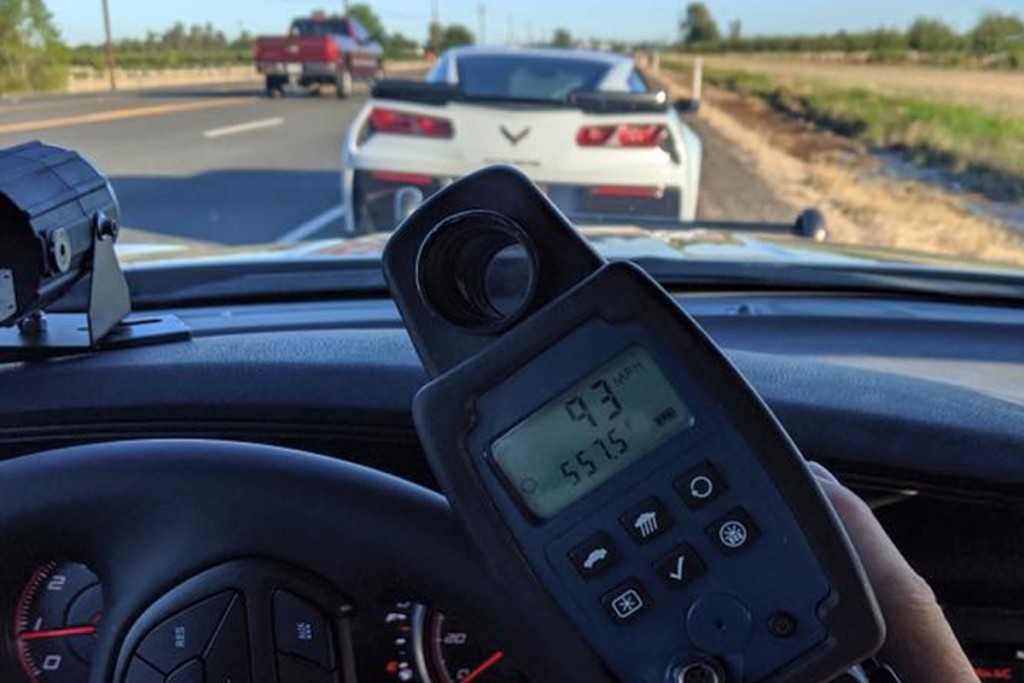 Oroville is located in Northern California and is characterized by plenty of long, straight, flat highways – exactly the kind of place you might expect a Corvette C7 to open it up a bit. Unfortunately for this driver, his lead foot is gonna cost him a pretty penny.

At 38 mph over the speed limit in a construction zone, the Corvette C7 driver will be facing down a $648 penalty and one point on his license. Then of course there’s the inevitable insurance premium hike as well. For that kind of money, the driver could have paid for a high-performance racing school or track day event. Just sayin’.

Granted, the Corvette C7 isn’t the sort of automobile you’d expect to find dawdling along in the left lane. By the look of the blurry social media post, the C7 in question is a Grand Sport model, which means it produces 460 horsepower and 465 pound-feet of torque thanks to a naturally aspirated 6.2L LT1 V8 engine. Still, that’s no excuse to be driving nearly 40 mph over the limit.