Construction in a Kansas City neighborhood has forced some residents to frequently move their cars around to ensure they are out of the workers’ way, but when one owner of a W-Body Buick Regal forgot to move his car, they took matters into their own hands.

A video obtained by Kansas City CBS affiliate KCTV5 News shows Overland Park resident Roger Johnson’s Buick being picked up and moved out of the way by a construction crew using a loader. The outlet says Johnson’s neighbors started filming the ordeal when they spotted the crew using the large fork loader to relocate the vehicle. 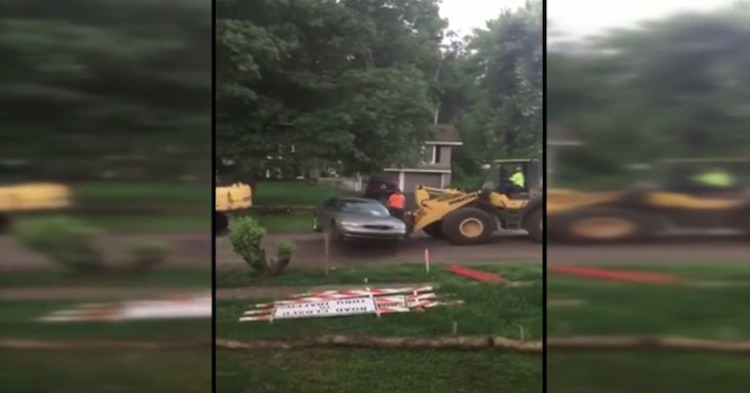 Johnson claims he moved his Buick up the road when first instructed to by the construction crew. He left it there for a week thinking it was safe, but as work on the road progressed, it required moving once again.

“In fact, when I got up there I got to looking where I’d parked, and I thought oh my it’s not up there,” Johnson explained to KCTV5.

Kansas City representatives told KCTV5 this week that they had seen the video and investigated the matter. The city subsequently told the construction company that it must have any cars on the street towed by a company rather than using construction equipment to move them.

The video, embedded below, shows construction crews moving Johnson’s mid-2000s era Buick out of their way rather delicately, all things considered. His car was not damaged by the crew, it seems, but we imagine an owner of a newer, more expensive vehicle would be fairly irate to see their personal property being handled in such a way.

Check out the video below.