Chevrolet Trax sales decreased in the United States, Canada, Mexico, and Brazil, while increasing in South Korea during the second quarter of 2019.

In the first six months of the year, Trax sales decreased about 1 percent to 46,370 units.

In the first six months of the year, Trax sales decreased about 37 percent to 1,574 units.

In the first six months of the year, Trax sales decreased about 4 percent to 6,478 units.

In the first six months of the year, Trax sales increased about 29 percent to 6,233 units.

In the first six months of the year, Tracker sales decreased about 35 percent to 8,685 units. 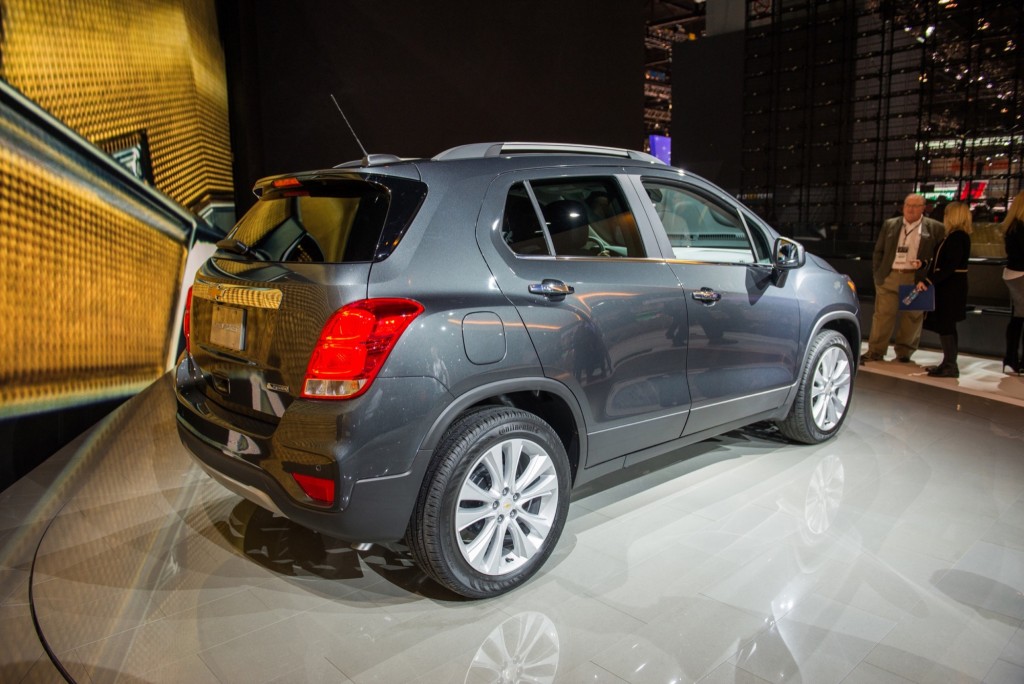 Though Chevrolet Trax sales were very healthy during the first quarter of 2019, deliveries have pulled a one-eighty during the second quarter. The steep decline caused the Trax to get knocked out from the top three best-selling spots in its competitive set. The top three best-selling models in the segment during the quarter were the Jeep Compass (see Jeep Compass sales) with 38,207 units, the Chevy Trax’s corporate cousin – Buick Encore (see Buick Encore sales) – with 24,291 units, and the Honda HR-V with 23,530 units.

Following on the heels of the Trax in fifth-place is the Ford EcoSport, which sold a mere 283 units less than the Trax. However, the Trax outsold the rest of its rivals by a wider margin, including the Hyundai Kona, Jeep Renegade (see Jeep Renegade sales), the new Nissan Kicks, Toyota C-HR, Kia Niro, Mitsubishi Outlander Sport, Mazda CX-3 (see Mazda CX-3 sales), Fiat 500X (see Fiat 500X sales), and the discontinued Nissan Juke.

GM’s cross-town rival, Fiat Chrysler Automobiles, fields three offerings in this segment – the Jeep Compass, Jeep Renegade and Fiat 500X. The trio accounted for a very impressive 56,754 deliveries during the quarter. Meanwhile, the two GM offerings – the Chevy Trax and Buick Encore – accounted for a cumulative 46,081 deliveries. As such, FCA outsold GM by 10,673 units during the period. GM held a 21 percent segment share, while FCA held an even higher 26 percent. Individually, the Encore commanded an 11 percent segment share, while the Trax took 10 percent.

It’s also worth noting that the Trax saw a larger sales decline than the average subcompact mainstream crossover segment, which contracted less than 1 percent to 211,037 units during Q2 2019.

Going forward, we expect Trax sales volume to remain roughly at current levels. Though market trends strongly support such vehicles, the Trax is now at a disadvantage against newer and more modern offerings. As such, it will have a tough time competing with more modern segment rivals, including the Nissan Kicks, Jeep Compass, Honda HR-V, Toyota CH-R, Kia Niro and Hyundai Kona.

The Trax is now the oldest vehicle in the segment, and Chevy recently revealed the completely overhauled (redesigned and reengineered) Chevrolet Trailblazer, which will be coming to North America. The vehicle will not replace the Trax, but will instead continue being sold alongside it. Hence, Chevrolet will field a subcompact entry in the segment with the Trax, along with a subcompact plus entry with the Trailblazer.

Once the all-new Trailblazer completes its rollout, we expect Chevrolet to sell even more combined units of both models. The strategy will be mirrored by Buick, which will continue selling the first-gen Encore while introducing its version of the Trailblazer called the Encore GX. This should result in GM controlling an even higher percentage of the mainstream subcompact crossover space than it currently does today.