The Buick Enclave first hit production for the 2008 model year, with the second generation arriving with a debut at the 2017 New York International Auto Show. Now we’re getting our first look at the upcoming Buick Enclave refresh thanks to a new set of spy photos.

The new images reveal the Enclave’s updated front and rear fascia, which appear to gain extra visual punch similar to that of the 2020 Buick LaCrosse, complete with a reshaped grille. 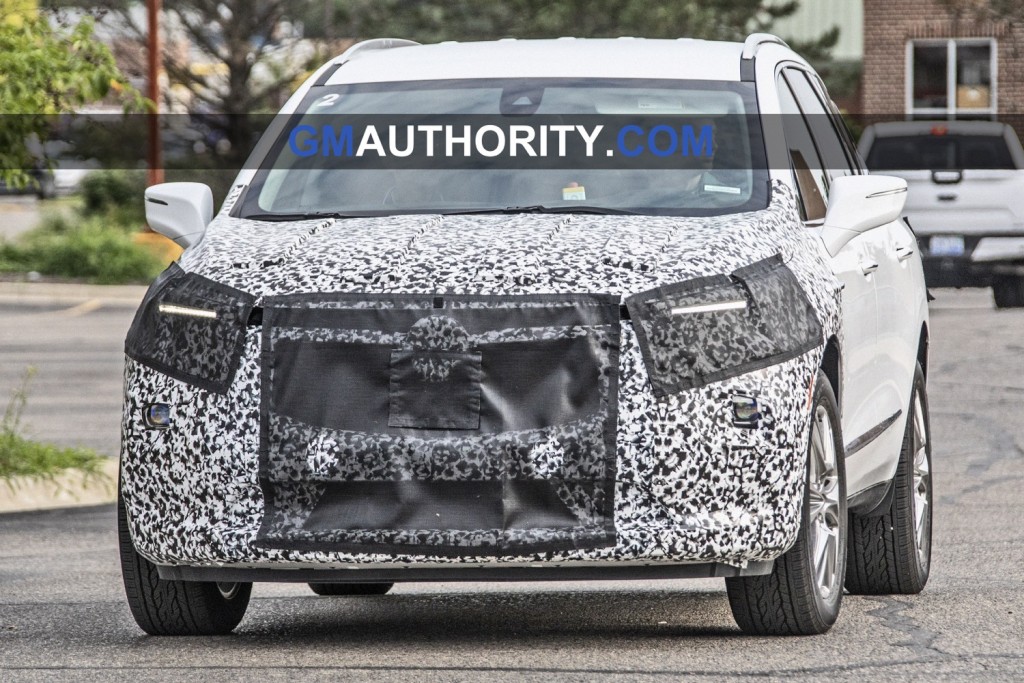 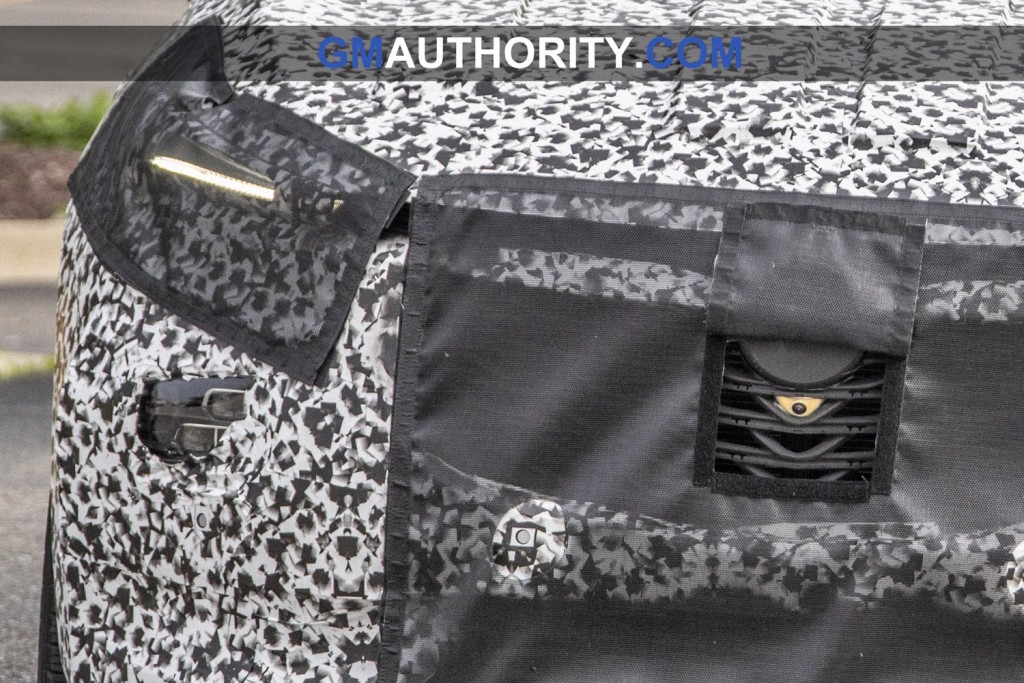 It’s also possible these new lights serve as the primary headlights for the new Buick Enclave, similar to what’s offered with the latest Chevrolet Blazer. In that case, those upper LED strips would act as simple lighting signatures. It’s a setup expected with Buick’s new sub-Enclave three-row crossover headed to the Chinese market, so it makes sense to see consistency across the lineup. 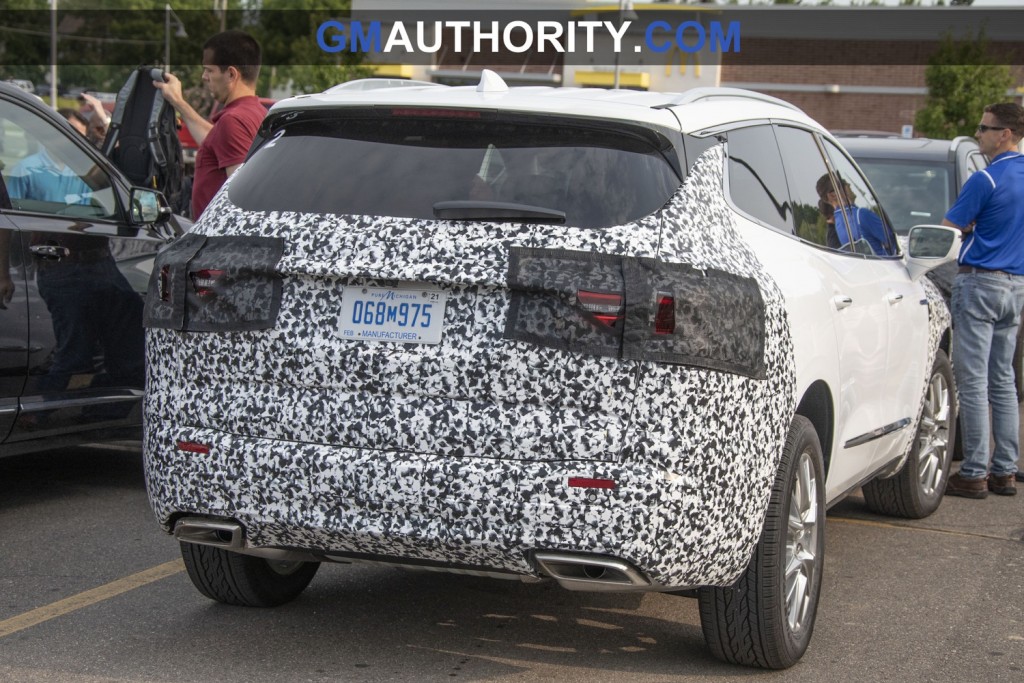 In the rear, the refreshed Buick Enclave prototype looks as though it may offer fewer changes than what’s found up front. While the camo obscures the tail lamps, we would expect a small reshape to keep the tail looking new, as well as a few small character line changes to the rear bumper. Also note the two different exhaust treatments here – one with the pipes tucked underneath the rear bumper, which will be standard on the base trim level, and dual trapezoid pipes, which will be standard on higher-end trims like the Avenir. 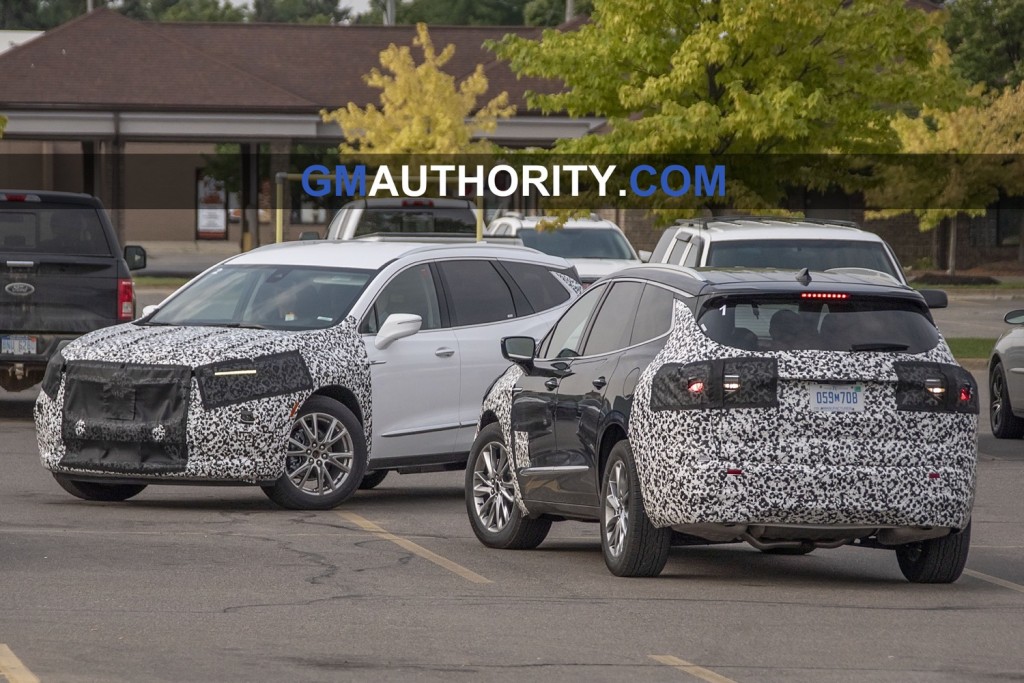 While we’ve heard rumors that the refreshed Buick Enclave will drop for the 2022 model year, GM Authority has confirmed a launch for the 2021 model year.

Stay tuned, as we’ll be on the lookout for more info on the upcoming Buick Enclave refresh. Until then, subscribe to GM Authority for more Buick Enclave news, Buick news and around-the-clock GM news coverage.