While all the Corvette fans out there are no doubt still pouring over the official press shots from last night’s debut of the all-new mid-engine C8, we’ve got something special in store – the very first look at the 2020 Corvette out on public roads without any camouflage.

Now that the big sheet pull in Tustin, California is officially in the history books, the new 2020 Corvette is starting to filter out into the public completely uncovered. We recently snagged a few shots of this base-model Stingray out and about in the Metro Detroit area sans camo, draped in what appears to be Shadow Grey Metallic paint, with five-spoke wheels finished in silver. Heads were turning as the 2020 Corvette made its way through traffic, and it definitely looked better on the road than it did on last night’s stage. 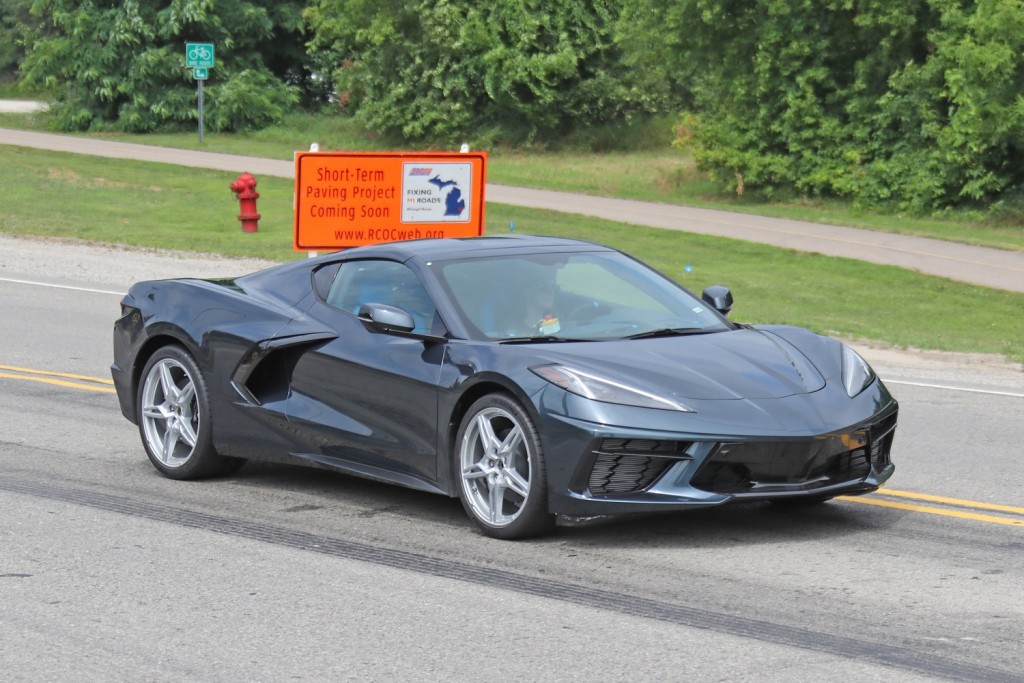 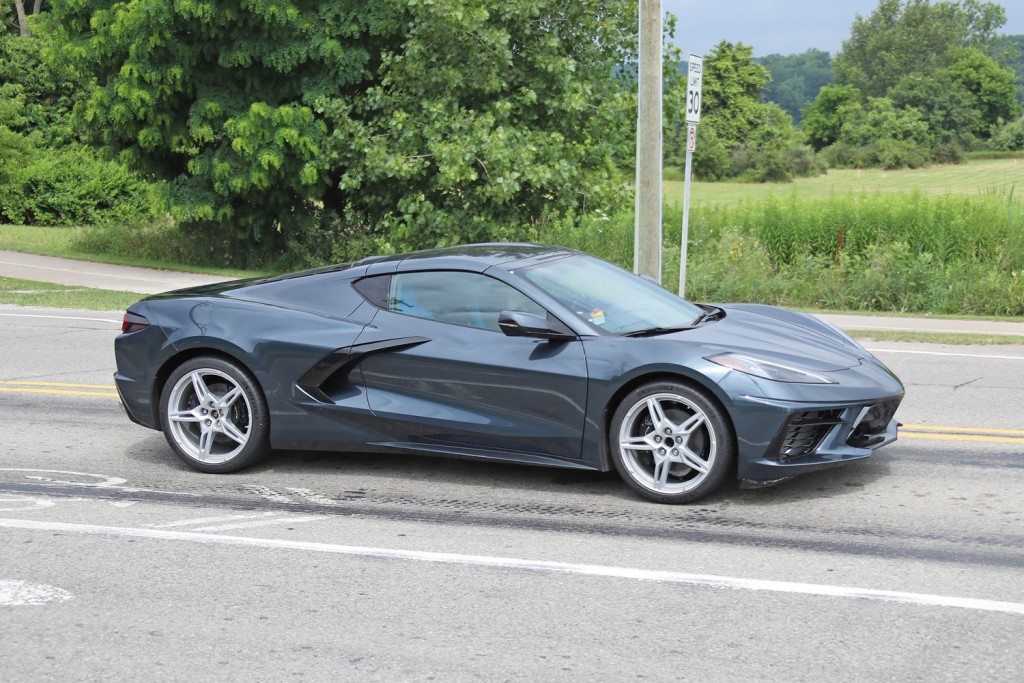 Mounted just behind the cabin space is the new naturally aspirated 6.2L LT2 V8 engine. Peak output is rated at 495 horsepower at 6,450 rpm and 470 pound-feet of torque at 5,150 when equipped with the optional performance exhaust. The LT2 is similar to the 6.2L LT1 V8, but modified to better suit a mid-engine platform, not to mention tuned to deliver an an extra 40 horsepower and 15 pound-feet of torque compared to the standard Corvette C7 Stingray. 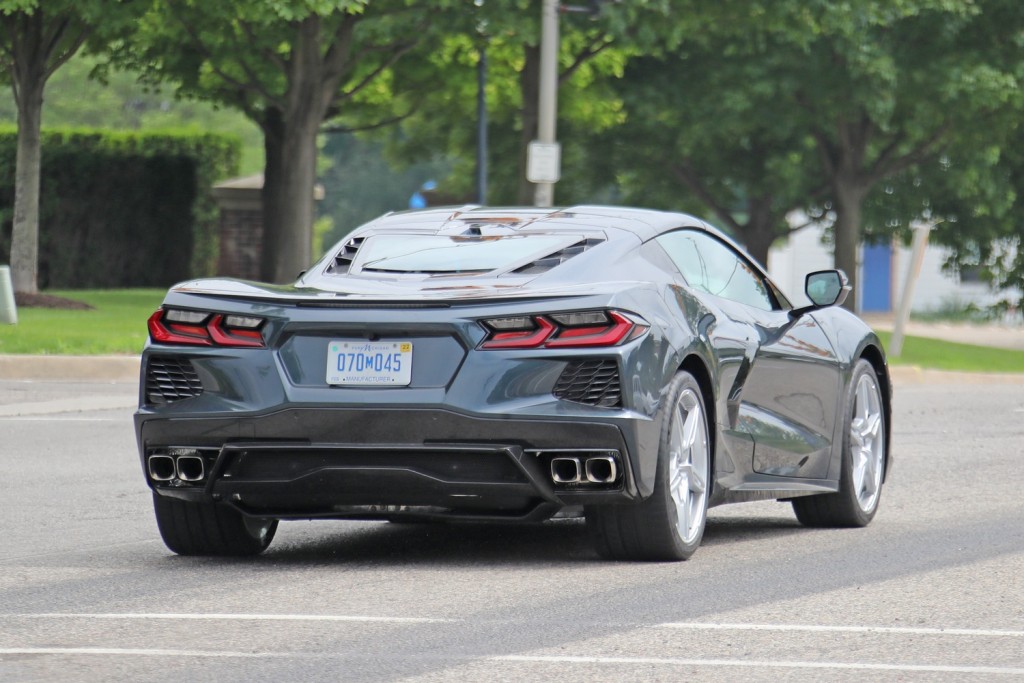 The LT2 mates to the new M1L eight-speed dual-clutch automatic transmission, the only transmission option available. The sprint to 60 mph takes less than three seconds when equipped with the optional Z51 Performance Package, making the new 2020 Corvette Stingray the quickest entry-level Corvette ever produced.