Prior to the reveal of the all-new 2020 Chevrolet Corvette, we told you not once, but twice, that the new mid-engine super car will have a hardtop convertible variant. Then, last week, Chevrolet teased the upcoming 2020 Corvette Convertible in an official video. The video showed the C8 Corvette with its roof down from various angles, and the most notable element being the different configuration of the space behind the cabin. And now, we have an up-close-and-personal view of the upcoming 2020 Corvette Convertible. 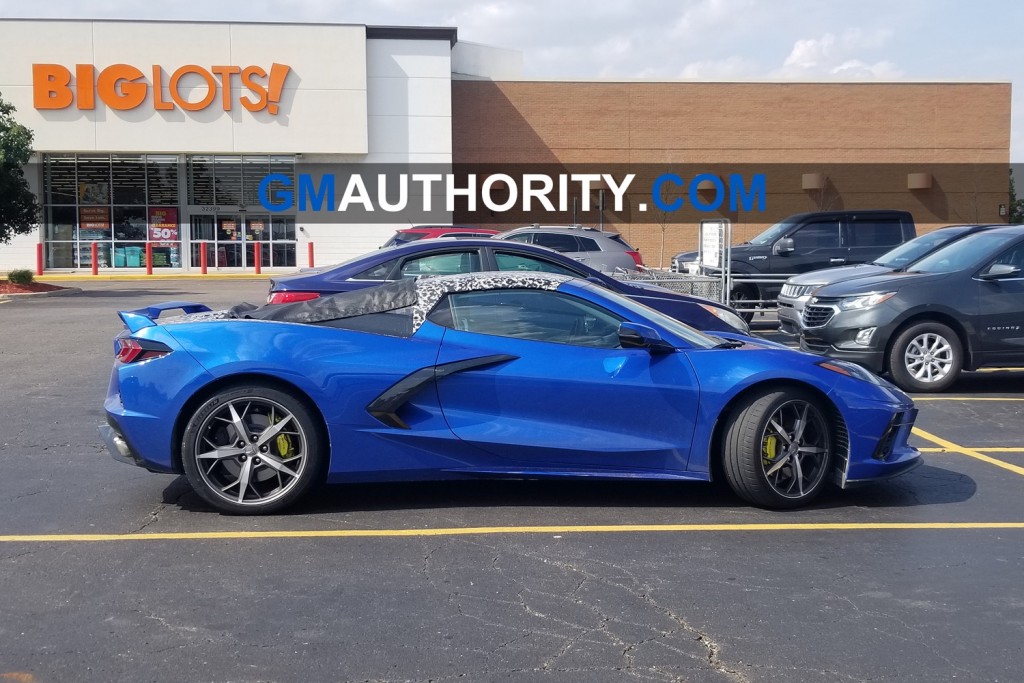 Our spy recently caught up with a prototype for the future drop-top variant of the new Corvette C8 and got a few up up-close shots of the vehicle. Even better, he managed to knock on the roof panel to confirm that it’s actually a hard top. Specifically, the fore-most roof panel and the supporting panel immediately behind it are both hard, as confirmed by our spy’s knock (see video below). 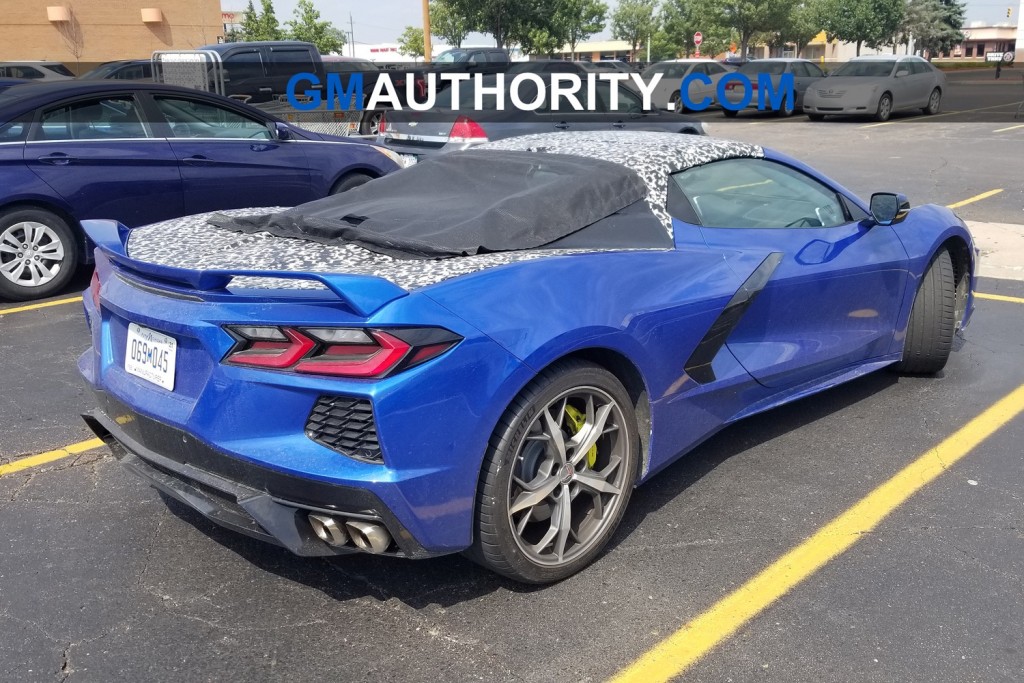 Though it’s unclear how the convertible mechanism will work at this point, it seems that part of the roof assembly will fold into and either over or under the engine cover of the new mid-engine 2020 Corvette Convertible. This leaves enough room for the air extractor that’s over the engine cover.

It also seems that the smaller, triangle-shaped flaps just behind the second, smaller panel cover up some of the articulation hardware. 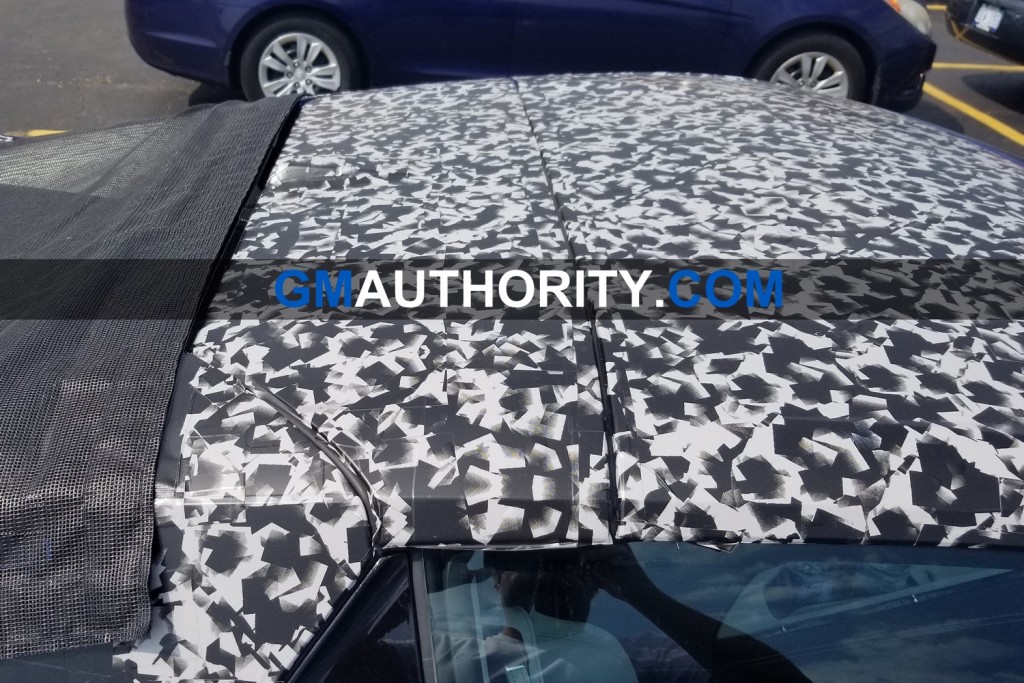 What’s more, the drop-top version of the C8 will also feature an entirely different configuration for the engine cover as well as the space immediately behind the cockpit.

A set of buttresses right behind the headrests can also be clearly seen in Chevrolet’s official video. There’s also a small upright window between the seats that can probably be be brought down or up via controls inside the cabin.

Back to the outside of the roof: check out the smaller panel behind the primary roof panel houses the lens for the Rear Camera Mirror. As such, it will be interesting to see what happens to that lens when the top is dropped down, and whether the functionality of the Rear Camera Mirror is eliminated, or whether engineers found a way to repurpose another lens for that functionality. 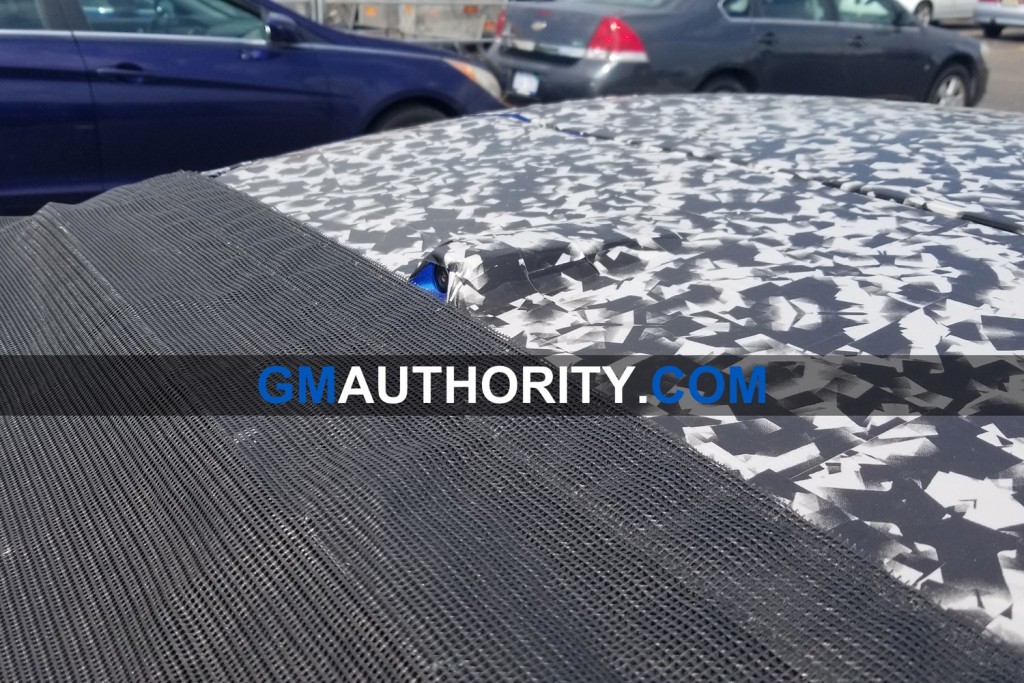 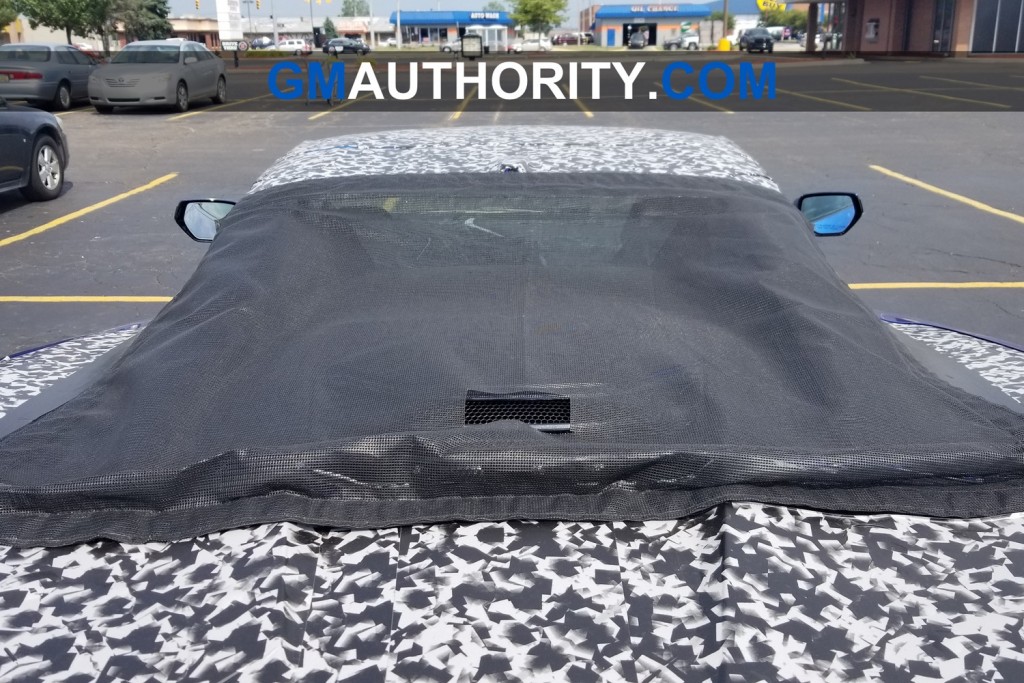 When compared to a soft-top, a hardtop convertible configuration typically delivers significantly better NVH (Noise, Vibration, Harshness) isolation, resulting in a quieter and more refined driving experience. However, such systems add weight and are significantly more complex than typical soft-top systems. Because of this, hardtop convertible systems typically are more costly to produce for the manufacturer and to maintain for the owner.

We expect the 2020 Corvette Convertible to make its debut in the fall of 2019, and go on sale alongside the all-new 2020 Corvette Stingray Coupe, which features a removable roof panel, by the end of the year.