Say you’d like to start producing and selling whiskey, and you’re looking for a safe yet original way to let people know you’re in business. You could spend an enormous amount of money on advertising, put up a website and launch a targeted ad campaign to attract people, or you could simply purchase an old 1946 Chevrolet beer truck and have it deliver your merchandise around town. That’s precisely what the Callington Mill Brewery did down in Tasmania, off the coast of Australia.

Tasmanian whiskey has grown in popularity over the past couple of years, and the Callington Mill Brewery, established in the town of Oatlands, is widely regarded by the local community as the best whiskey in town. But since individual breweries are still not very well-known throughout the small island of Tasmania, this small business thought it wise to get the word out using an old 1946 Chevrolet beer truck.

Unfortunately, we only have two pictures of the thing, and apologize in advance for the mediocre quality of the images. 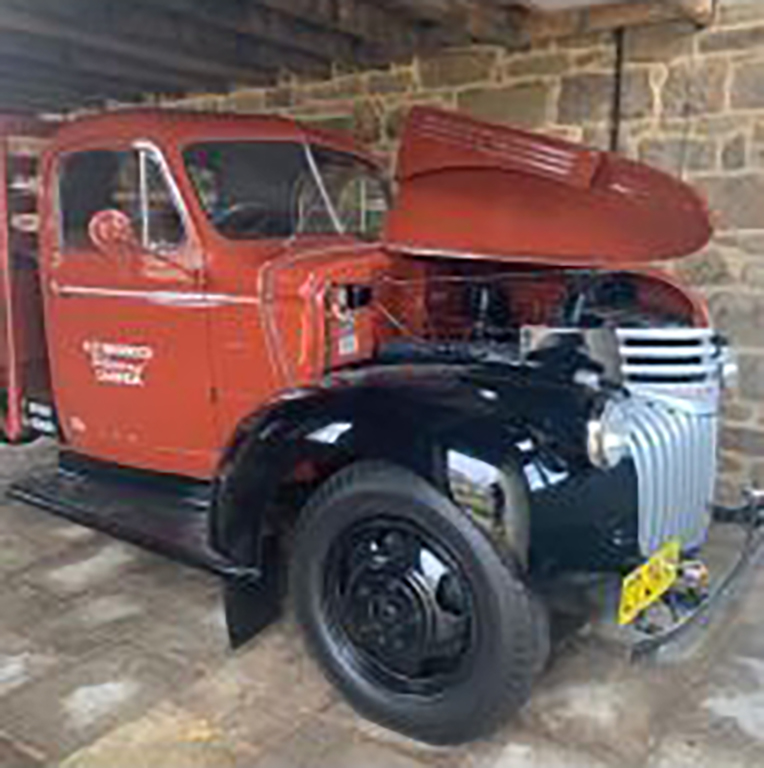 The vintage General Motors truck is used as a local delivery vehicle to carry full whiskey barrels to a government-approved bond store situated at another location in town. Because the brewery itself has a limited amount of storage, with not much security to hold the barrels, it needs to send its merchandise to the newly-built bond store.

The well-restored 1946 Chevy truck came from the Warnok family, from Corinda in New South Wales, Australia. The former owners were graziers and farmers who, evidently, kept their machinery in good condition. The truck also underwent a full restoration a few years ago. In the town of Oatlands, this old Chevrolet beer truck has become a common sight. It’s also instantly recognizable as a rolling advertisement for the Callington Mill Brewery.

If you’re finding this old Chevy beer truck story in Tasmania super cool and want to read about other similar stories, then you should subscribe to GM Authority for more Chevrolet news and around-the-clock GM news coverage.