If we told you we wanted to show you a video of a 1,000 horsepower car with all-wheel drive and carbon fiber body panels, we wouldn’t fault you for expecting us to pull up a clip of Lamborghini or some other type of European exotic.

What we’ve found is actually much cooler than a six-figure supercar, though. YouTube channel Hoonigan Daily Transmission recently invited their friend Brian King out to their Los Angeles base to check out his absolutely ridiculous 1,000 horsepower, all-wheel drive Oldsmobile Cutlass, which has to be one of the wildest General Motors G-body builds of all time.

King’s Cutlass has a custom 7.0-liter LSx block from Texas Speed Performance sitting under the hood, along with an F1X Procharger making 22 pounds of boost. He estimates it has around 1,000 horsepower on tap, although it has not yet been dynoed. Paired with the Small Block is a built 4L70 automatic transmission with the classic ‘Lightning Rod’ shifters from the special edition Hurst Olds Cutlass. 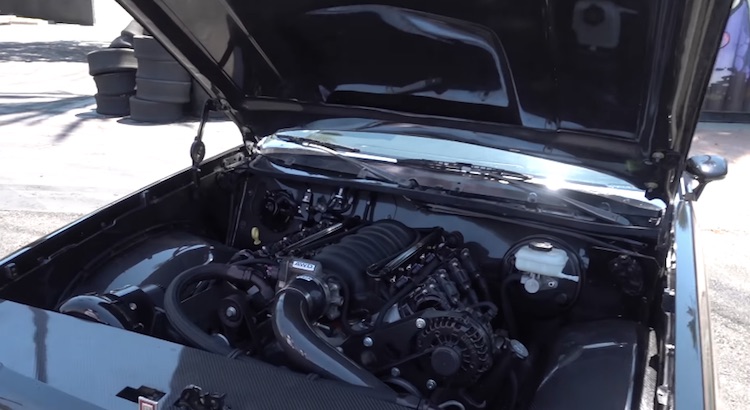 As for the all-wheel drive system, the front end was pulled off of an Oldsmobile Bravada crossover and welded onto the existing Cutlass frame, while the differential from a Chevrolet Trailblazer SS was also employed. King made numerous carbon fiber panels for the car as well including the hood, fenders, trunklid and dashboard, shedding roughly 400 lbs of weight from the package. Helping to reduce the unsprung weight are ceramic brake rotors and alloy wheels from Weld Racing. 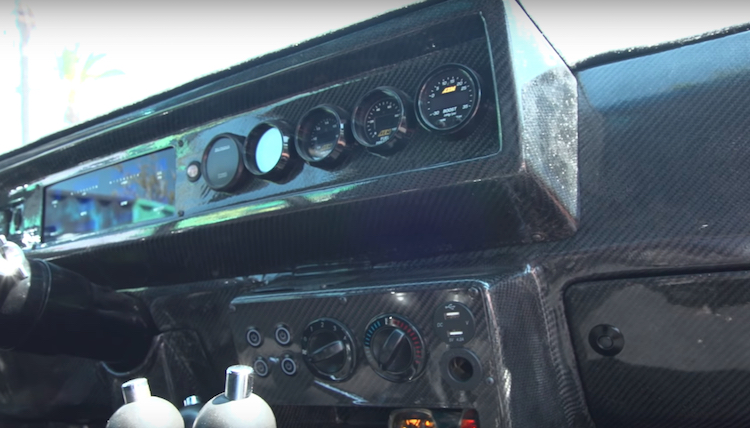 Watch King rip his self-built, 1,000 horsepower all-wheel drive Oldsmobile Cutlass in the video embedded above. We promise you it will be the hardest you’ve ever seen a street-legal Oldsmobile accelerate.