Back in 2014, the National Highway Traffic Safety Administration (NHTSA) launched an investigation into Takata, a Japanese auto parts manufacturer. Following the revelation that Takata had improperly manufactured millions of airbag inflators, NHTSA forced the supplier to issue a major recall. The defective airbag inflators were found in a wide variety of vehicles from every major automaker, including General Motors, with an estimated 37 million vehicles affected in the U.S. alone, making for the largest single-product recall in the history of the automobile. And now, thanks to a new video, we’re getting a scary look at how these defective airbag inflators could injure or kill those in the cabin. 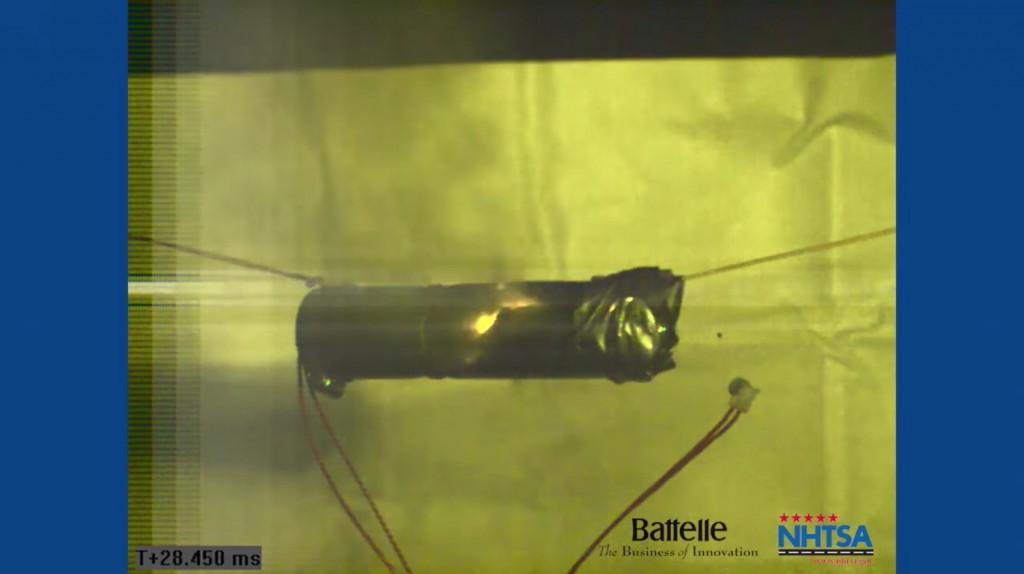 The 40-second-long video demonstrate the inflator defect in dramatic fashion. Using slow-motion footage, we see the inflator activate, then smoke and start to rupture. As soon as the outer shell of the inflator is breached, the entire device explodes violently, sending bits of casing flying into the air. It’s frightening to see, to say the least.

The cause of the defect stems from faulty manufacturing on the part of Takata. While a working inflator is designed to quickly deploy an airbag using an explosive reaction, the faulty Takata units were produced using improperly-packed material. In hot or humid environments, this improperly-packed material can burn too quickly, exploding and sending shrapnel into the cabin. 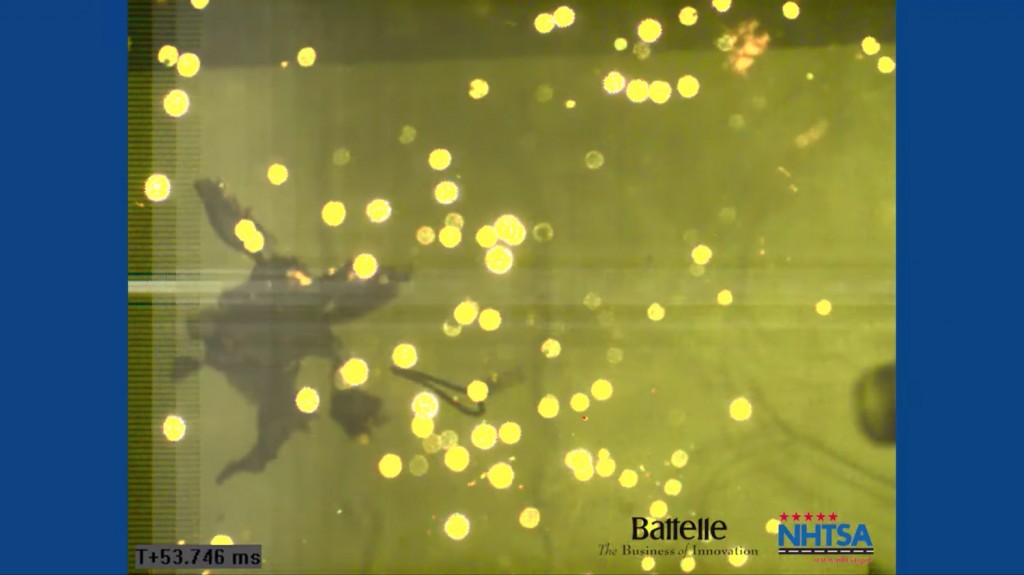 So far, the faulty Takata airbag inflators are blamed for at least 24 deaths and hundreds of injuries worldwide.

Just last week, we reported that GM is seeking to avoid recalling vehicles with Takata airbags for the fourth straight year, arguing that the inflators did not pose a threat when installed in GM vehicles.

You can find more information on the Takata airbag recall, including a list of all affected vehicles, at the NHTSA website here. Be sure to subscribe to GM Authority for around-the-clock GM news coverage. 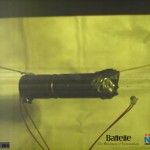 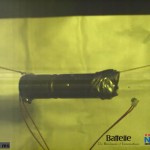 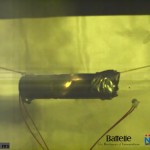 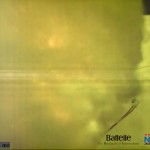 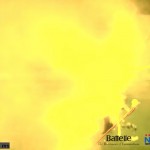 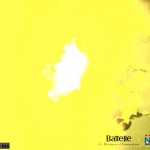 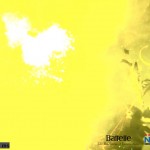 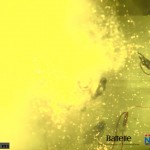 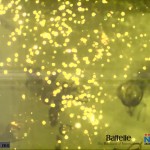 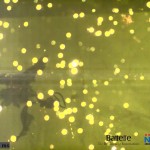 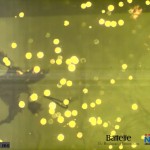