One of the perks of working at GM Authority is that every so often, we come across something legitimately, head-scratchingly strange. This customized Cadillac ATS most definitely falls into that category.

The pictures you see here were taken by GM Authority’s friend, Scott V., and when we first saw them, we did a double take. Those wheels are just nuts! They make it look like the owner participates in roman chariot races on the weekend, or like he’s ready to mow down some infantry at the Battle of Kadesh. 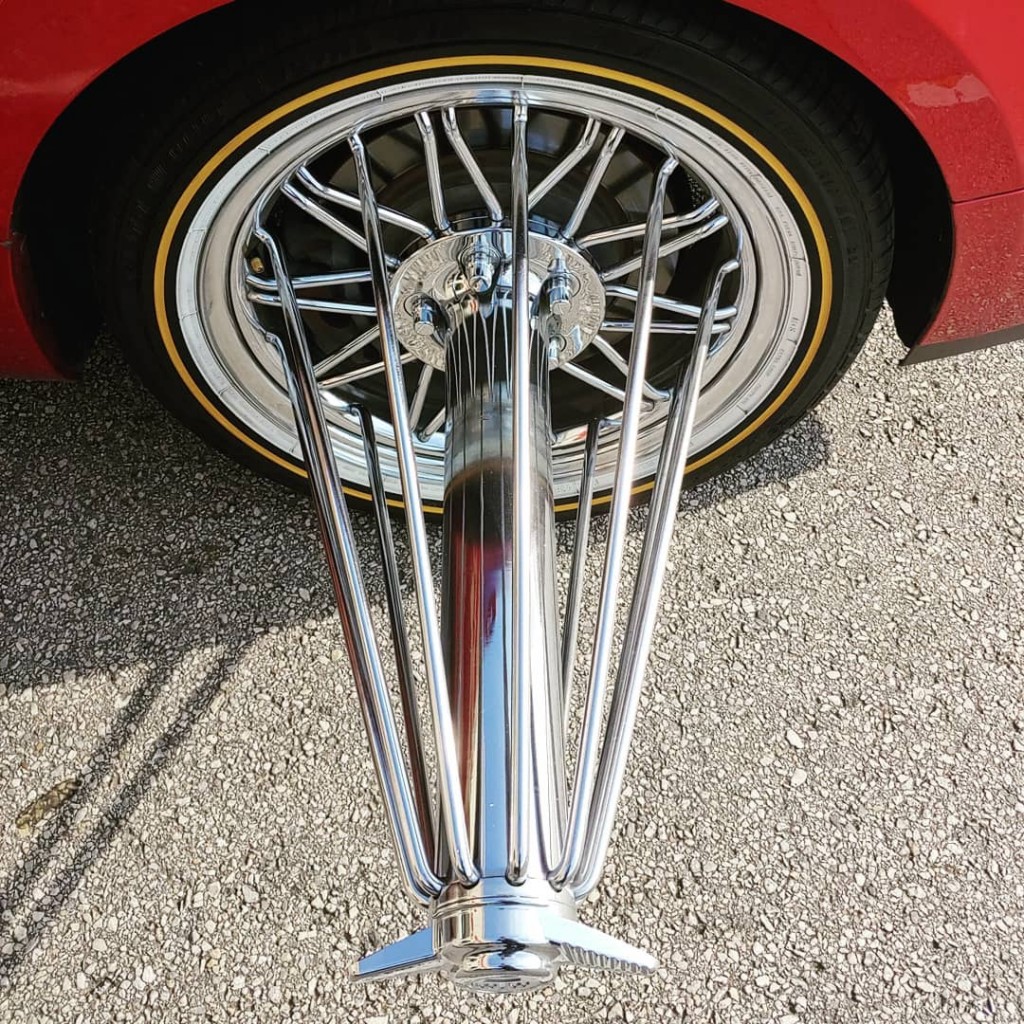 We also noticed the self-placed Cadillac badge on the front fender, just like the latest CT# and XT# models, so clearly the owner pays attention to the latest Cadillac trends, not to mention the latest trends from the Roman friggin’ empire. Seriously, if it looks like the driver is in a hurry, he’s probably just on his way to feed some Christians to the lions. 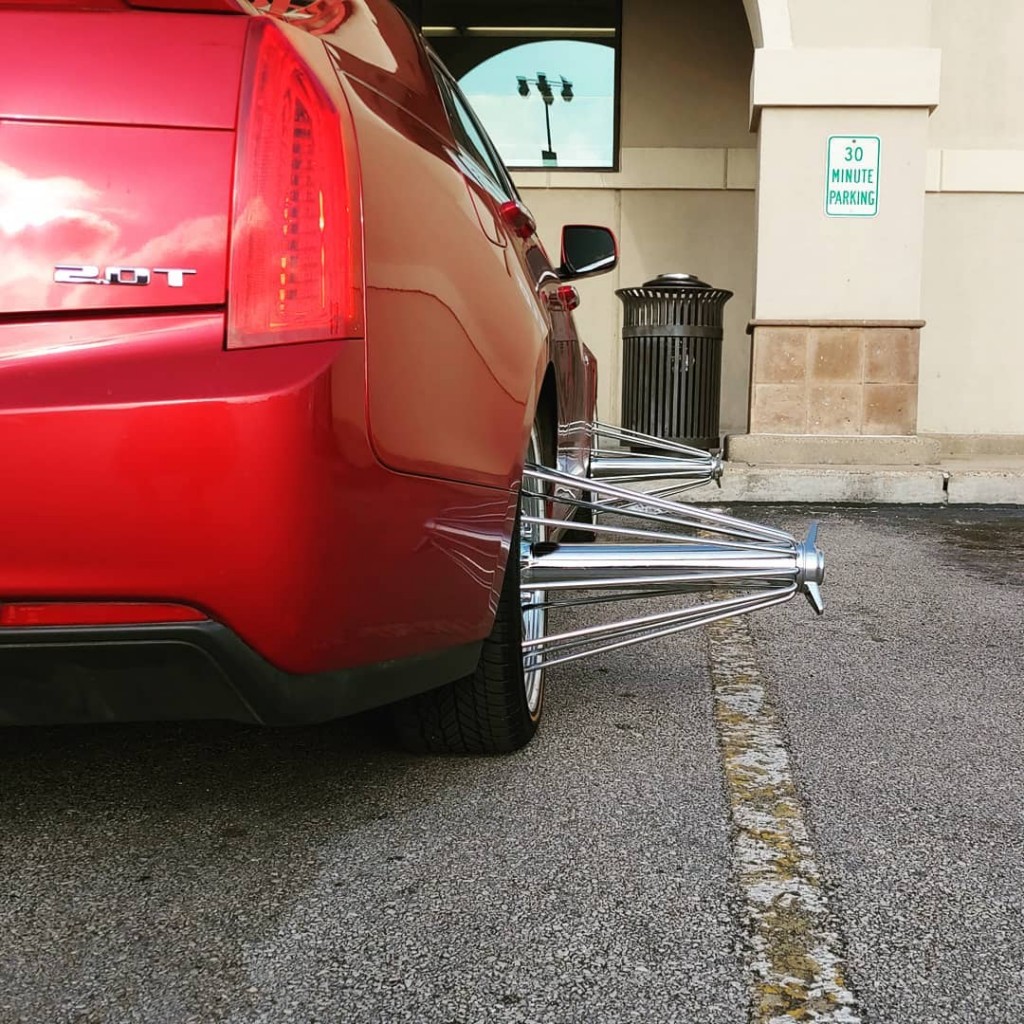 All kiddin’ aside, we did a little digging and believe it or not, this Cadillac ATS is actually a good example of an automotive enthusiast sub-culture known as “Slab Cars.” Loosely related to Low Riders, Slabs are an evolution of car culture from the ‘70s, and typically capture American luxury cars with bright candy-colored paint jobs, a slammed ride height, and bangin’ sound systems. 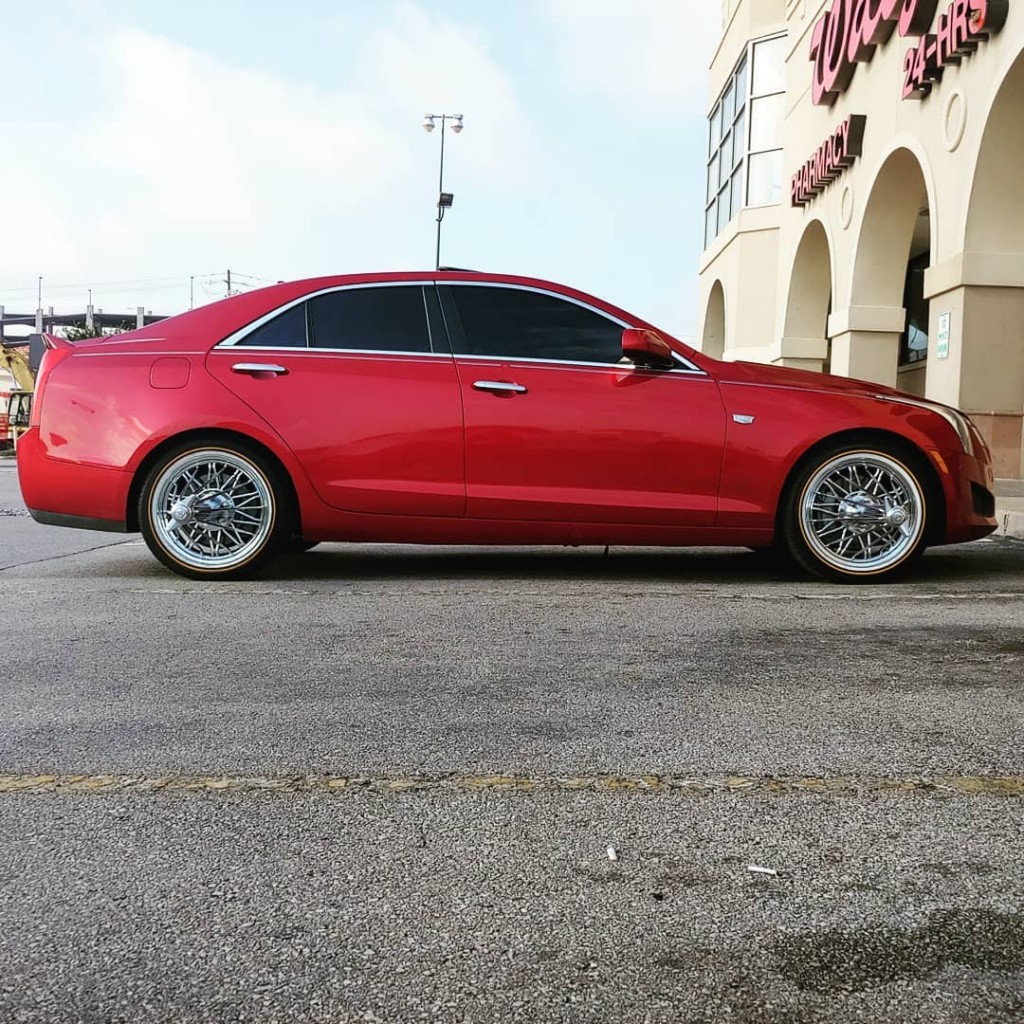 And of course, they boast those elaborate wire wheels (also known as “swangas”) that stick out from the body. The more the wheels stick out, the more “poke” they have.

For those of you who are still with us, here’s a rather informative video with some more information on Slab Culture:

Truth be told, there’s a whole lot more to say about Slab Culture beyond a few paragraphs and Roman Empire wisecracks. And hell, compared to some of the other more eccentric car culture fads out there (looking at you, Japanese Bosozoku), this stuff isn’t even all that crazy.

Still, we gotta say: Spartacus would be proud of this Cadillac ATS Slab. 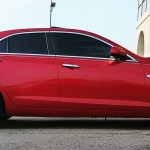 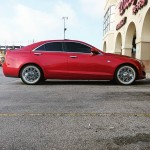 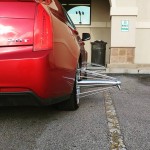 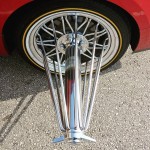