Life is meant to be lived, so carpe that diem and get out there and get it. Of course, it helps to have the right vehicle for the job, especially for a family on the go. Luckily, the Buick Enclave provides all the right specs to handle a packed week, as highlighted in this latest video ad.

Titled “Busy Week,” the spot features a young couple loading up their new 2019 Buick Enclave with all the gear needed to get the kids off to their various activities. At just 15 seconds in length, the ad is brief, but it does well to highlight the Buick Enclave’s capacious rear cargo area. Just behind the rear seat, we see lacrosse sticks, ice skates, a baseball bat, towels, orange cones, and even a curling rock. We didn’t realize that last one was popular with the kids, but hey, it’s a new age, so why not?

Regardless, the ad also provides a look at the Buick Enclave’s hands-free power liftgate, which opens the rear hatch when the owner waggles his or her foot underneath the rear bumper. It’s a useful feature, especially for those looking to save a few precious moments while loading the cargo area, especially if their hands are occupied with all the things they’re about to put into the Enclave.

Built on GM’s C1XX platform, the Buick Enclave is motivated by the 3.6L V6 LFY engine that produces 310 horsepower and 266 pound-feet of torque. The V6 mates to the GM nine-speed automatic transmission, which feeds the front wheels as standard. An all-wheel-drive system is offered higher in the lineup. 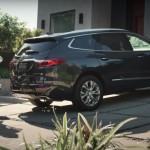 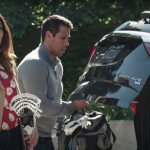 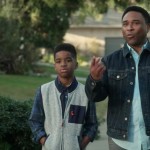 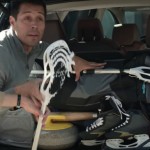 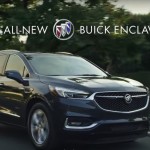