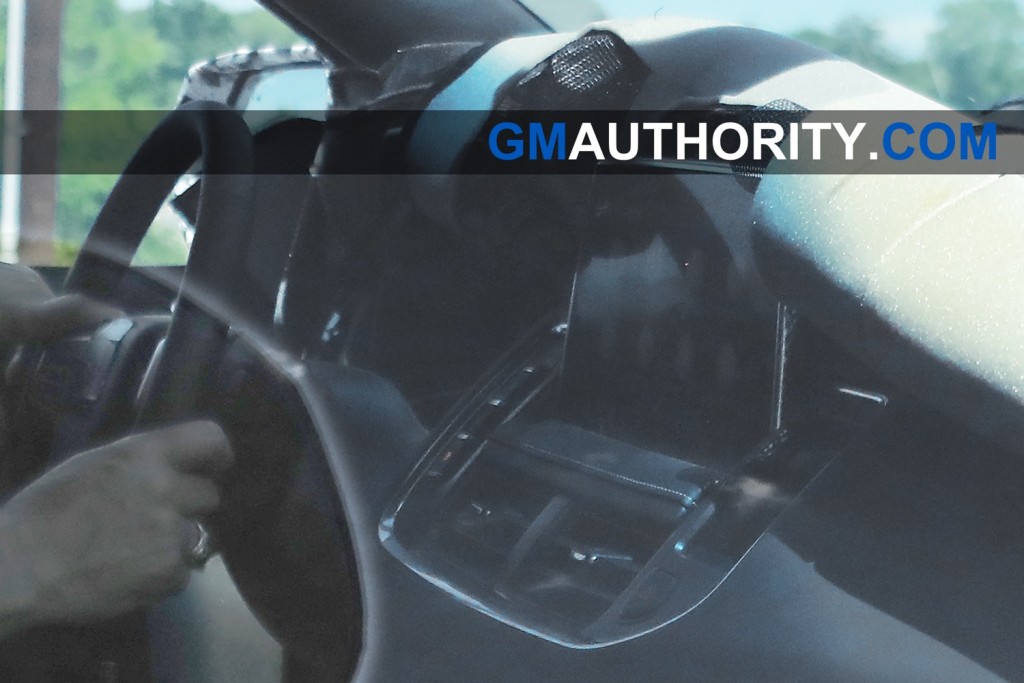 The photos show a tablet-like center screen running the latest, third-generation CUE infotainment system. The display looks larger than the screen in the current-, fourth-generation Escalade. To the left of the display is a vertical row of buttons to select the gear. The shots show an illuminated “D” – for Drive. Notice that there isn’t a column-mounted shifter. It’s worth noting that GM Authority was first to exclusively report on both elements. 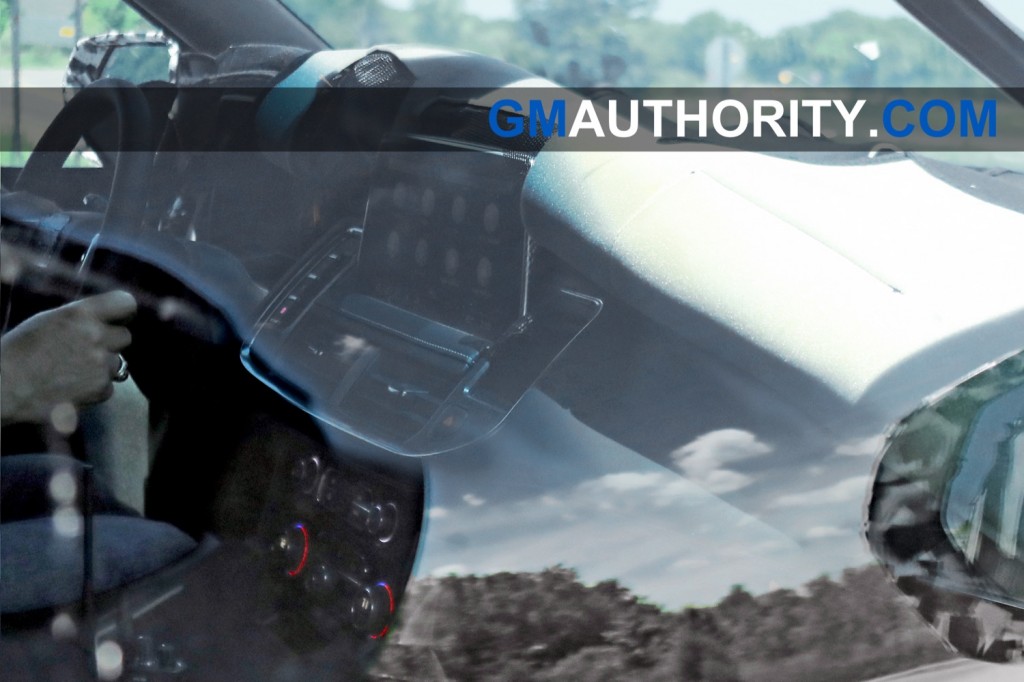 Below the screen is a pair of air vents, and below those are media controls via two circular knobs – one for the audio volume (on the driver’s side) and channel/track seek/tuning (on the passenger’s side).

Below the media controls are the HVAC controls, including two temperature controls – one for the driver and another for the front passenger. They flank an air fan speed dial. 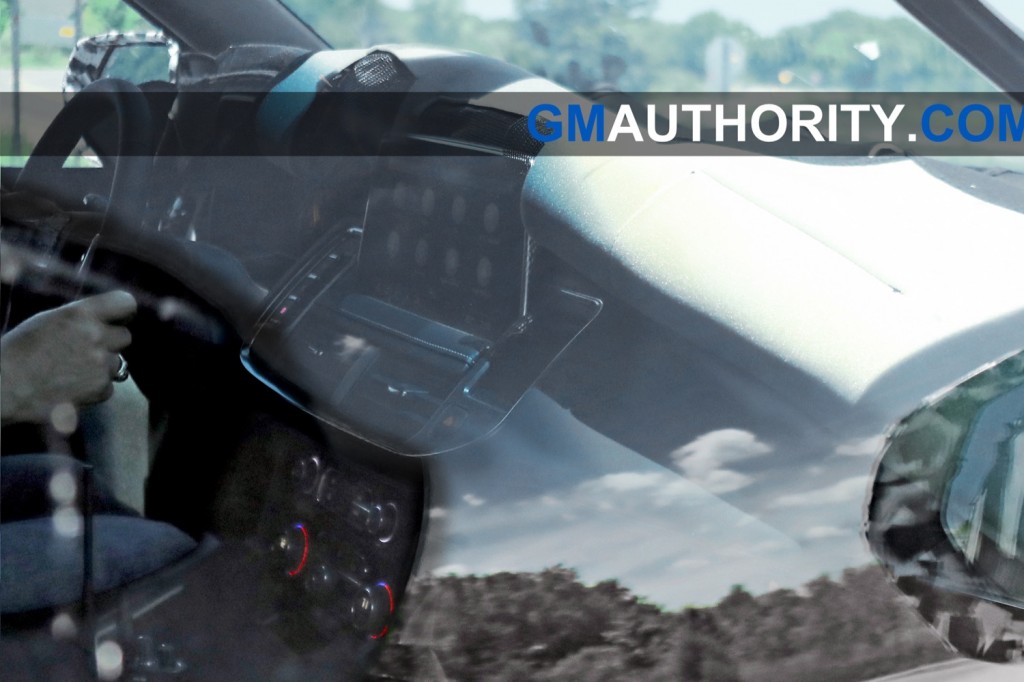 In what we see so far, the 2021 Cadillac Escalade interior will feature various metallic accents that work rather tastefully with the visible piano black features.

We should see the Escalade revealed in the very near future. It will launch in late 2019 or early 2020 calendar year as a 2021 model.

Update: it’s very possible that this interior belongs to the 2021 Escalade, rather that the GMC Yukon. We’re unclear at the moment.

Subscribe to GM Authority as we bring you the latest Cadillac Escalade news, Cadillac news, and ongoing GM news coverage.