The 50th Anniversary COPO Camaro was set apart by its Anniversary Blue Metallic exterior paint, which mirrors the Laguna Blue color offered on the 1969 Chevrolet Camaro, and unique interior and exterior decals.

50th Anniversary COPO Camaros equipped with the available 427 LSX engine were also offered with a 50th Anniversary Engine Appearance Package, which comes with an orange engine block, chrome valve covers and a black high-rise intake manifold. Two other engines are also offered with the car: an LSx-based 350 cu. in. V8 with a 2.65-liter Magnuson blower and a naturally aspirated LT-based 302 cu. in. V8. 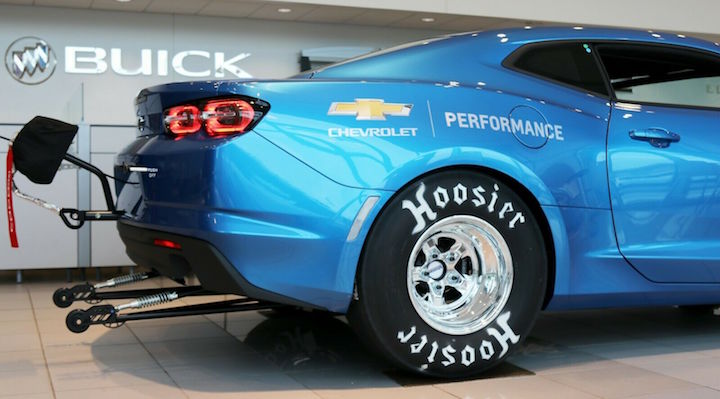 Now you have the opportunity to own a 50th Anniversary COPO Camaro thanks to the folks at Chesrown Auto Group Chevrolet. The dealership managed to procure one of these rare drag racing Camaros and has listed the vehicle for sale on eBay with a buy-it-now price of $163,500. This example comes with the supercharged engine and a TH400 three-speed automatic, which means it doesn’t have the desired 50th Anniversary Engine Appearance Package. The dealer did order it with the optional Racer’s Package, however, which adds a wheelie bar and parachute. It also has a carbon fiber hood with a cowl intake, Bogart chrome racing wheels and an external battery hook-up. 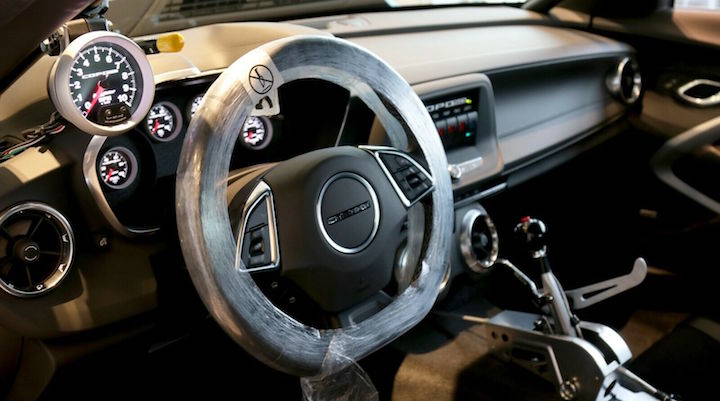 Interestingly, the new COPO Camaro was the first non-concept Camaro to feature the updated front fascia of the 2020 Camaro. Chevrolet fast tracked a redesign for the vehicle after receiving negative feedback from customers on the 2019 model year redesign, removing the black painted portions and moving the Chevy bowtie to the upper portion of the two-tier grille. 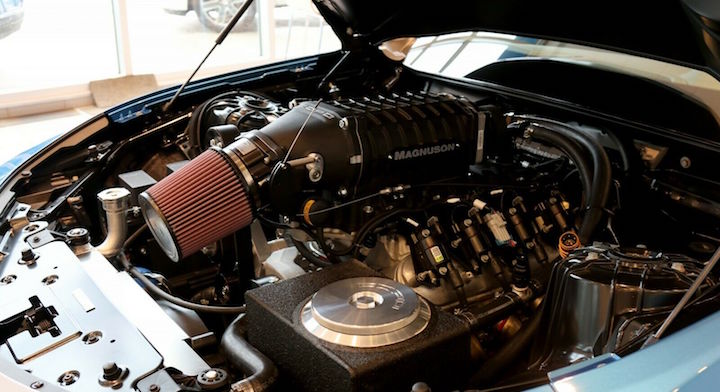 For additional information and photos of this unique COPO Camaro, check out the listing at this link.