We recently reported that an all-new Chevrolet Tracker was introduced in China. Now, the vehicle has officially gone on sale in that market.

In China, the new Chevrolet Tracker will replace the first-gen Trax, and will be sold alongside the new Chevy Trailblazer. The Tracker will not be offered in North America, as the vehicle rides on General Motors’ new GEM platform (Global Emerging Markets platform) designed for developing markets such as China, Latin America, and Southeast Asia.

By comparison, the new Trailblazer rides on the GM VSS-F platform, a modular architecture that will underpin numerous front-drive-based future GM cars and crossovers. In the U.S. and Canada, the Trailblazer will be sold alongside the current, first-generation Chevrolet Trax.

The new Chevrolet Tracker is offered with a choice of two engines: a turbocharged 1.0L I3 engine for 325T models and a turbocharged 1.3L I3 for 335T. The latter is good for 162 horsepower and 177 pound-feet of torque. Both engines are mated to a continuously variable automatic (CVT) transmission.

The new Chevrolet Tracker will also offer the Redline package, which will feature the familiar red and black design elements and more aggressive/sporty accents. Chevy’s new front fascia design is present and accounted for, as is a black dual-port grille with a black bow tie and horizontal red accents befitting the Redline name. The side window trim features obsidian black trim, and the Tracker Redline rides on a set of 17-inch black aluminum wheels. 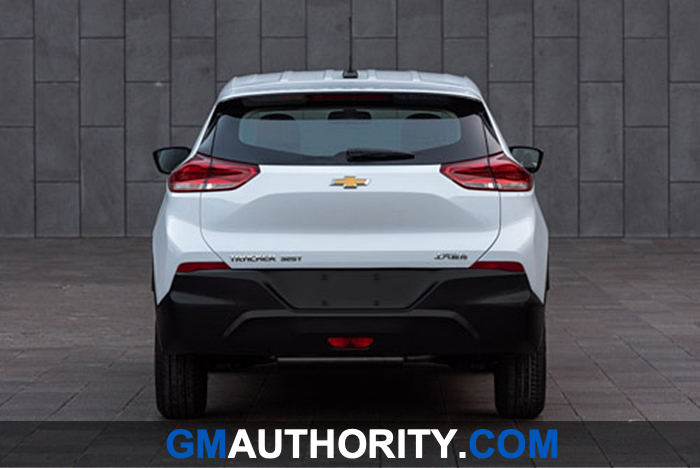 There are more cool features as well, such as auto Start/Stop, a feature we’re finally going to have in our 2020 Cadillac XT5 and 2020 GMC Acadia. The new Chinese-market Chevrolet Tracker also features GM’s upgraded intelligent speech recognition function, which allows users to activate climate control, or turn on the vehicle’s headlights, among other things, through voice commands. 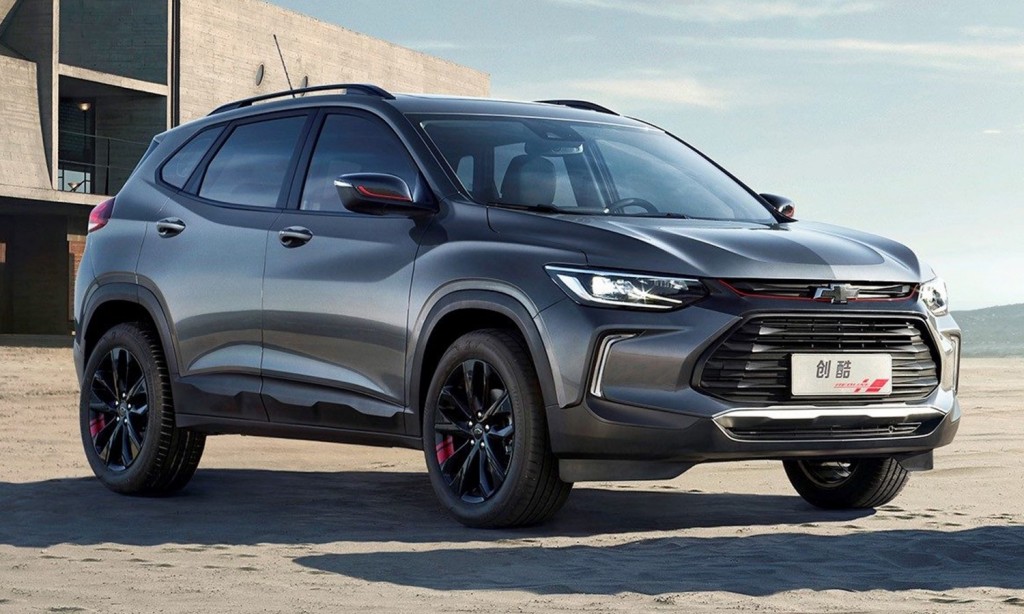 “The Tracker small SUV and the Trailblazer compact SUV, which will be launched in the second half of this year, will complement the Equinox midsize SUV in the important SUV segment for Chevrolet,” Scott Lawson, general director of Chevrolet for SAIC-GM.

It’s important to underline that product segmentation in China is one size off from U.S. segments. As such, it would be easier to understand the Tracker’s positioning by calling it a subcompact, the Trailblazer a “subcompact-plus” (a term coined by GM Authority), and the Equinox as compact. Pricing for this new Tracker ranges from RMB 99,900 to RMB 139,900.

Those are all the details we have available on the new Chevrolet Tracker. Again, the model will not make its way to the U.S. or Canada. Instead, those markets will continue with the first-generation Trax and the all-new Trailblazer.