There’s a lot to like about the 2019 Buick Envision. Not only does it boast refreshed styling and technology, but it also offers enough cargo room to transport a family-sized load of groceries behind the second row. And that’s exactly what’s on display in this new Buick video ad.

The 30 second-long video ad does well to show off the 2019 Buick Envision’s restyled exterior and cabin. The ad starts with the Envision’s owner arriving home with the crossover filled with food. It then shows the owner’s little helper being eager to explore the Envision’s onboard Wi-Fi and wireless device charging, while being much less enthusiastic about carrying all those heavy bags inside.

Outside, the new Envision looks nicer thanks to new winged LED lighting elements as standard, a revamped rear end with new taillight housings, a new lower rear valance a reworked exhaust appearance, depending on the model. It also does away with the Buick brand script out back. Front-wheel-drive is standard, while all-wheel-drive is optional. What’s more, owners can now manually switch off the automatic engine start/stop feature, although it has been recalibrated for 2019 to offer smoother operation. Pricing for the 2019 Buick Envision starts at $31,995. Perhaps this ad will help drum up sales, as Envision sales volume is down despite the segment’s huge popularity. 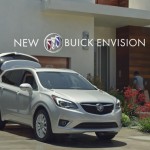 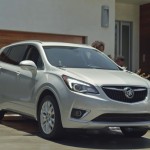 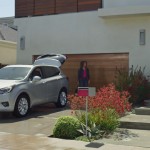 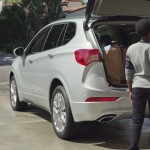 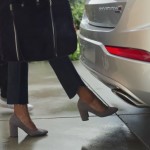 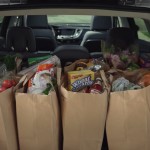 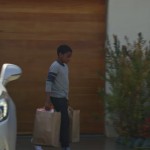 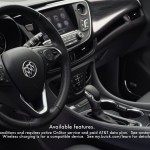 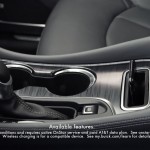