We’re just about one month away from the reveal of the mid-engine 2020 C8 Corvette, but one bystander was in the right place at the right time.

YouTuber Jacob Daniel published video this past Saturday of the mid-engine C8 Corvette parked somewhere on Woodward Avenue in Detroit, Michigan. The sports car was parked with the typical camouflage we’ve seen from the car recently, but Daniel was able to take video up close. Unfortunately, it’s dark, which makes it a tad hard to see things.

The camouflage team has also done a stupendous job of covering up all the important things, too. Even the windows were covered, which made it hard to peer into the car’s cabin. We did spot some bright red seat belts inside, which is something Chevrolet has been doing more often for its high-performance cars.

The rear just barely shows off the taillights’ new light signature under the camo, while the front is wrapped up pretty heavily. The angular headlights with LEDs are mostly covered under the camo, too. 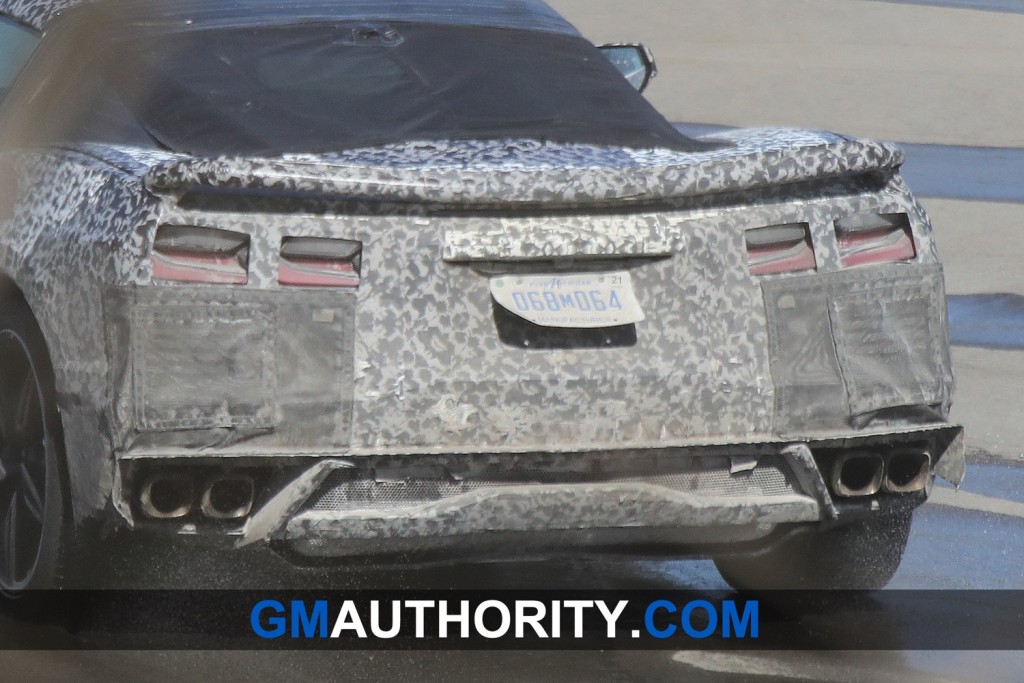 Aside from the close-up shots, we don’t get much more information from the video. However, we know the car will likely debut with an upgraded 6.2-liter LT1 V8 engine, possibly called the LT2. An automatic transmission should be standard and there’s been zero indication this generation of Corvette will offer a manual transmission.

Leading up to the reveal, we have a feeling Chevrolet likely has a few more teasers in store. Stay tuned as we approach July 18th.