You would probably expect most drifting enthusiasts to wear a Monster Energy hat and cargo shorts on their off days, but Spike Chen is here to shatter that stereotype.

Chen was recently featured on the YouTube channel Hoonigan Daily Transmission, where he showed off what he and his garage-built, LS-powered Nissan 240SX can do in the hands of a talented driver like himself. Best of all – he showed up in a nicely tailored suit and tie for the occasion. 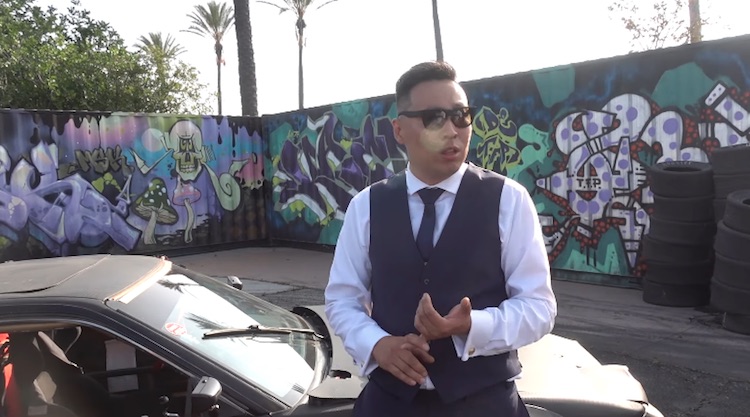 The Hoonigans‘ also had the perfect place for Chen to show off his skills and his car – the so-called “Burnyard”, which is the channel’s patch of asphalt that is dedicated to performing burnouts and drifts. Chen puts the Burnyard to good use, putting on one of the best drifting shows the channel has ever seen and also proving what a budget build like his is capable of.

Chen’s Nissan 240SX is powered by a General Motors-sourced Vortec L20 iron block 4.8-liter V8 with an Edelbrock supercharger bolted on top. He estimates the car makes around 600 horsepower, but more importantly, it has all the low-end grunt necessary for high-level competitive drifting. 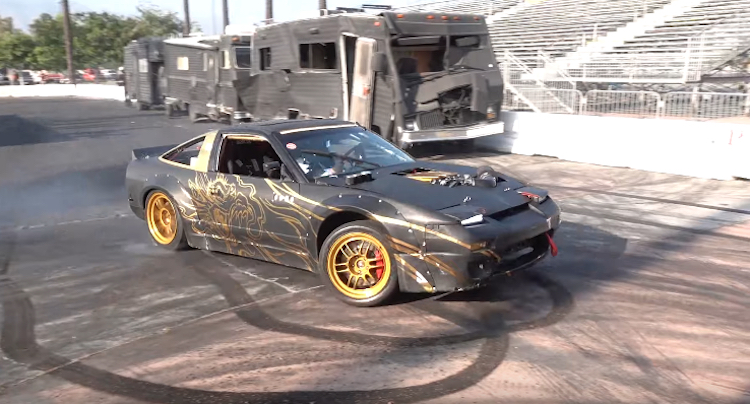 This may be one of the only automotive YouTube videos we’ve watched that we actually wanted to turn down once the car was fired up. The sound of this car won’t be a surprise to anyone who has been to a drifting event, though, where the LS engine reigns supreme and earplugs are usually a must.

If you like loud, LS-powered cars, you won’t want to miss seeing Chen’s Nissan 240SX in action. Check it out in the video embedded above.