General Motors selected San Francisco to test its Cruise Automation self driving cars due to the city’s congested, unpredictable streets. The idea is that if a Cruise Automation prototype can successfully navigate the streets of a major city, it should have no issues at all operating in a location that is less busy.

One thing Cruise Automation’s self driving cars encounter often on the streets of San Francisco is vehicles that are parked double wide. While delivery drivers, taxi cabs and Uber drivers aren’t supposed to just park in the middle of the road with their four ways on, you can be sure you will come across this in the city almost every day. 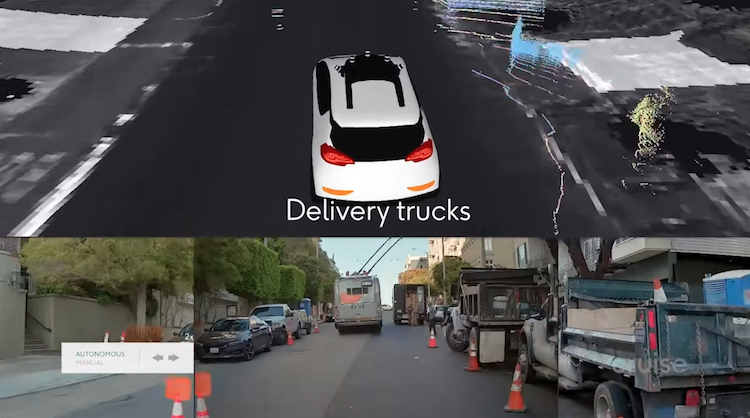 This poses a challenge for the artificial intelligence powering Cruise’s self driving cars, as they are forced to make a split-second decision between yielding to oncoming traffic, or driving around the double parked vehicle. The vehicle must use its cameras/LiDAR to identify if there is car in the oncoming lane and then relies on its software to make the decision of whether to pass the double parked car or not. 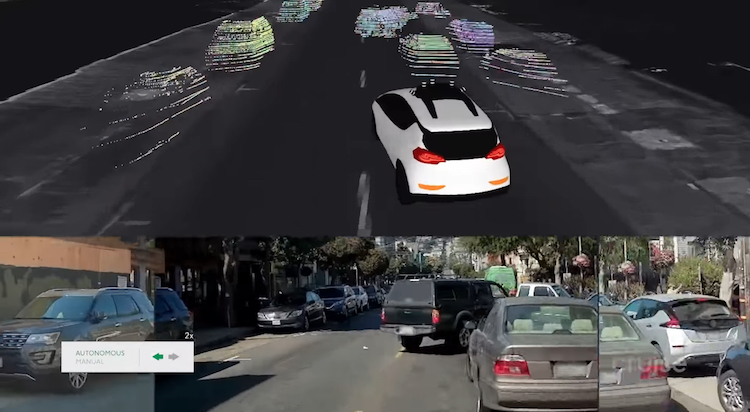 Cruise is rather proud of how its prototypes handle double parked vehicles, it seems, as the company has released a video on its YouTube channel showcasing this. The video is disappointingly brief (it really would be great to get a more in-depth look at Cruise’s development processes) but it does at least give us an idea of what challenges Cruise prototypes encounter day-to-day.

Cruise says it is 24 times more likely to encounter a double wide parked vehicle in San Francisco than in another, less densely populated urban area.

GM’s Cruise subsidiary has been the subject of some media scrutiny in recent months, with the company rumored to be behind schedule on plans to launch a self-driving taxi service before the end of the 2019. Cruise had previously planned to rollout AVs with no steering wheel or pedals before year’s end as well, but that plan has been delayed until further notice.