The streets of Detroit played host to two thrilling IndyCar races this past weekend, with the double header weekend proving yet again to be one of the most unpredictable events on the series’ calendar.

Race 1 of the weekend was won by Team Penske’s Josef Newgarden, who drove a smart race in challenging wet conditions to hold off Andretti Autsport’s Alexander Rossi and give Chevrolet a win at its home race. 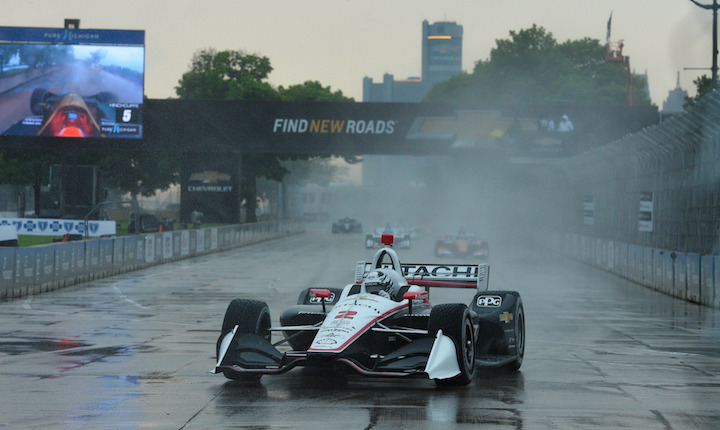 The start of Race 1 was delayed for more than an hour after thunderstorms descended on the Detroit area, but the rain eventually stopped and racing got underway – albeit with a wet track. Newgarden ran a controlled pace before pitting for slicks early as the track tried. He then benefitted from a full course caution when Ed Jones understeered into the barrier at Turn 7, inheriting the lead as polesitter Rossi and the other frontrunners were forced to pit under yellow. The young American then held off a hard-charging Rossi on the restart, leading the final 25 laps to take the checker in the weather shortened race. 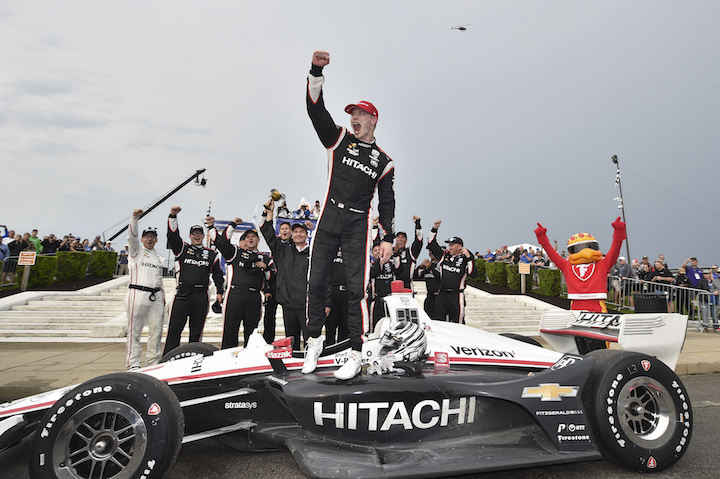 Newgarden secured pole for Race 2 on Sunday morning and successfully defended against Rossi when the green came out, but lost control of his Chevrolet while battling for position for James Hinchcliffe and Rossi following the first pit sequence, forcing him to come back in for repairs. Those repairs would take 21 laps to complete, but surprisingly, Penske sent him back out to finish the race anyways. Meanwhile, Chip Ganassi Racing’s Scott Dixon avoided the race’s widespread carnage to bounce back from a crash on Saturday and take a much needed win for the two-car team. Arrow Schmidt-Peterson’s Marcus Ericsson also drove an impressive race to take his first-ever IndyCar podium. 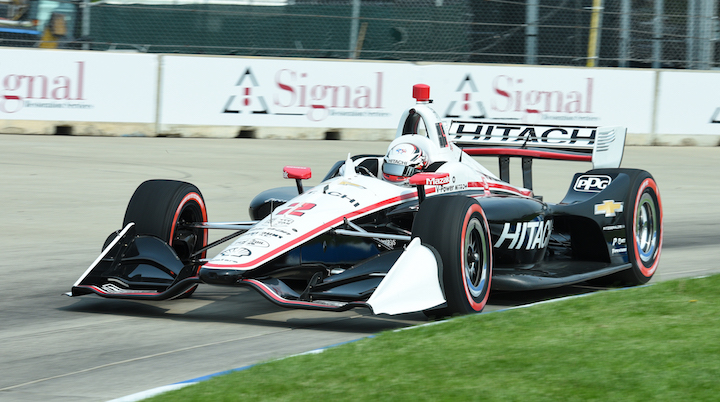