When GMC introduced the new MultiPro Tailgate on the 2019 Sierra 1500 last year, we were (and still are) impressed. Not only did it offer vastly expanded functionality thanks to its six configurable positions, including a primary gate load stop, a full-width step, and an inner gate work surface, but it managed to do so through clever engineering and no extra digital doodads. However, since its introduction, some Sierra owners have notified us of an “issue” that should probably be brought to light: in its lowest configuration, the GMC Sierra MultiPro Tailgate can hit a ball hitch. 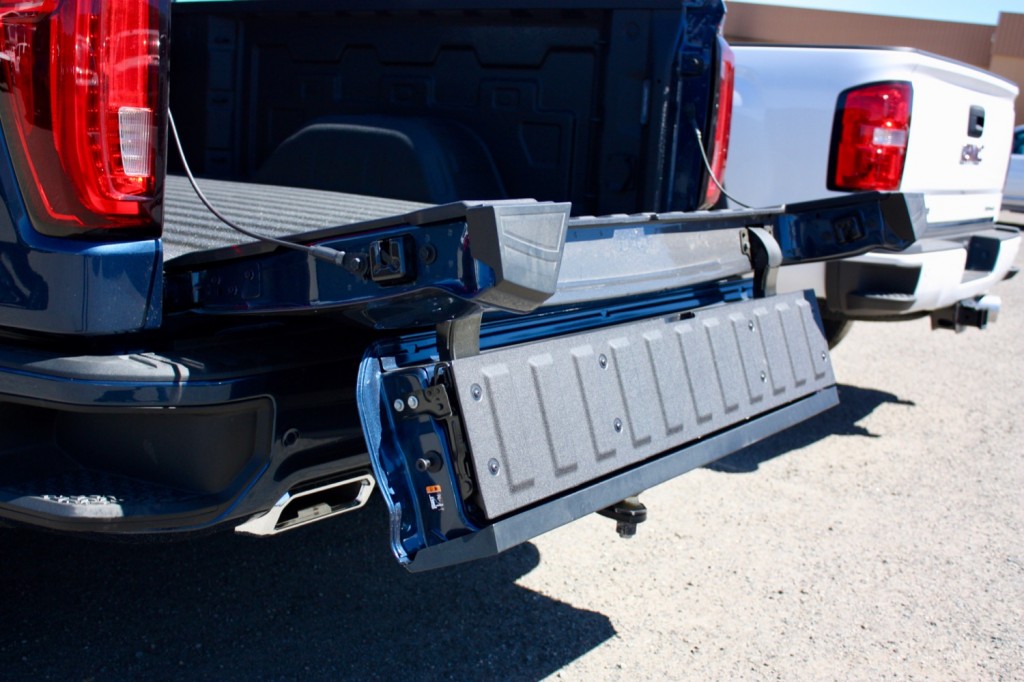 We recently got a chance to test the claim for ourselves with a 2019 GMC Sierra 1500 AT4. Without the ball hitch, the tailgate’s mid-gate drops exactly as intended, providing easier bed access as well as an extra step-up, along with all of its other benefits.

However, when we attached a standard ball hitch to the truck, we found that the GMC Sierra MultiPro tailgate would actually sit at a 45-degree angle when the mid-gate was dropped. 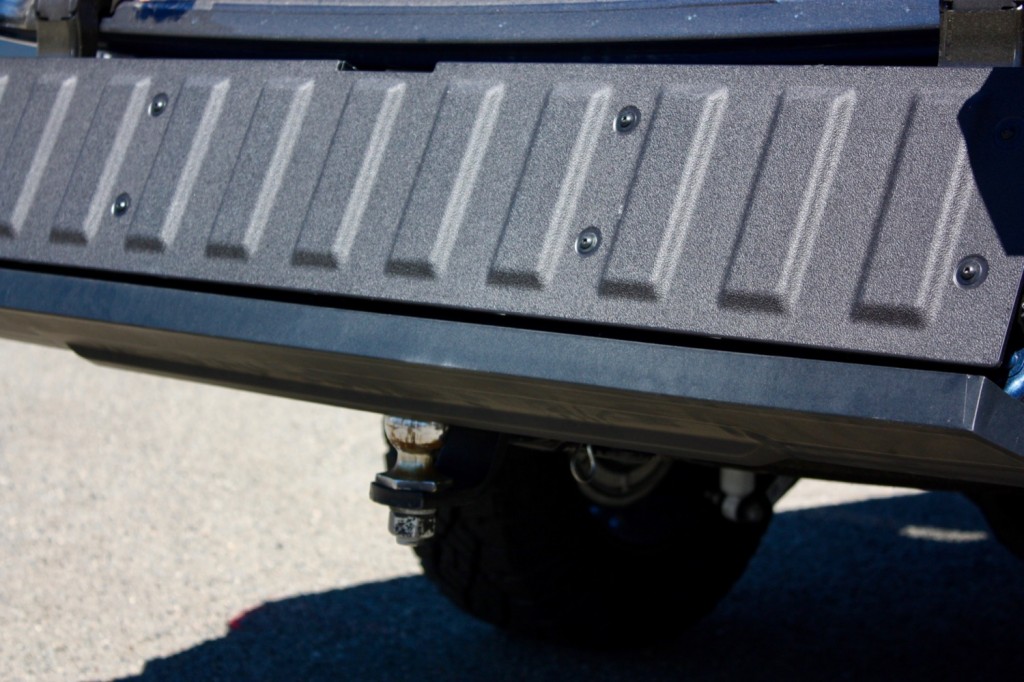 Obviously, this is less than ideal, as not only does it prevent the use of the step feature along with easier access to the bed, but it could also potentially scratch the paint or even dent the tailgate for those who drop it without exercising care or caution. 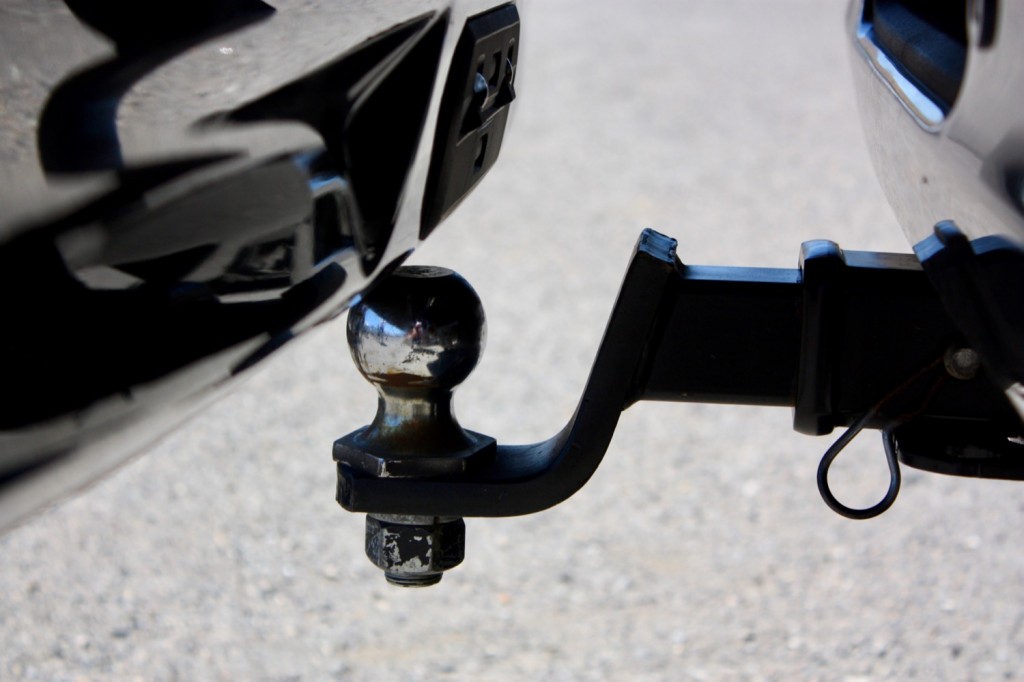 Luckily, GMC is aware of the issue, and even included this handy little sticker on the inside of the bed to notify owners not to lower the mid-gate when using the hitch. 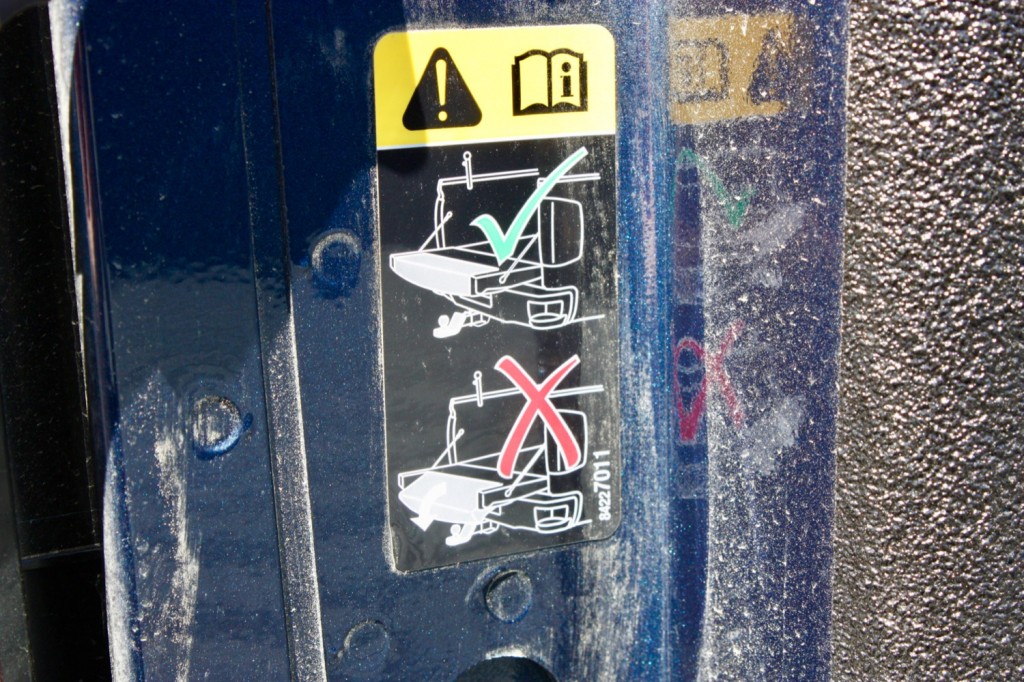 Quite frankly, we’re somewhat mystified why anyone would consider this to be a real “issue.” After all, one can still open the tailgate normally (without dropping the mid-gate) on the 2019 GMC Sierra when a ball hitch is attached. In addition, the Sierra also comes with the CornerStep rear bumper – cutouts in the bumper to make it easier and more convenient to step up into the bed – so it’s not like bed access is limited when there’s a hitch attached. To the contrary, access to the bed with a hitch is identical to any other pickup truck on the market.

To that end, we think it’s far better to have the GMC Sierra MultiPro Tailgate and to be aware of its one limitation with a hitch, rather than not have the MultiPro Tailgate at all. The tailgate works like a standard (traditional) tailgate when a hitch is attached, while gaining significantly expanded functionality when the hitch comes off. All this makes this entire scenario a non-issue to us.

So, what do you think, readers? Is this an issue GMC should (somehow) address, or is it fine exactly how it is? Let us know in the poll, and voice your opinions in the comments.