We’ve recently discussed the position of General Motors midsize trucks with the 2020 Chevrolet Colorado. While new players such as the Ford Ranger, Jeep Gladiator, and upcoming Nissan Frontier aim at retaking a piece of that now lucrative pie, GM stands firm by skipping the Colorado’s 2020 model year mid-cycle refresh. After all, GM’s midsize trucks are selling well, so why change a winning formula?

Volkswagen, on the other hand, sees an opportunity to enter the game with something smaller, lighter, and more fuel efficient. According to VW’s Senior Vice President for Product Marketing Hein Schafer, midsize pickups have gotten so big, that they’re the size and price of full-size trucks from not too long ago. The German giant believes there could be a space for something smaller and more affordable, which is what it’s basing the product planning on for its upcoming Tarok.

For GM, selling a truck smaller and more attainable than the Colorado could, in fact, help compensate for axing so many cars, all while expanding its truck presence. Furthermore, with the recent announcement of a Ford/Volkswagen alliance, we wouldn’t be surprised if Ford is already working on a tiny truck based on VW’s MQB architecture.

That platform may be a Traverse-engine layout, but it has the advantage of being built in Mexico. Vehicles built in North America aren’t subject to the famous “chicken tax” import tariff. 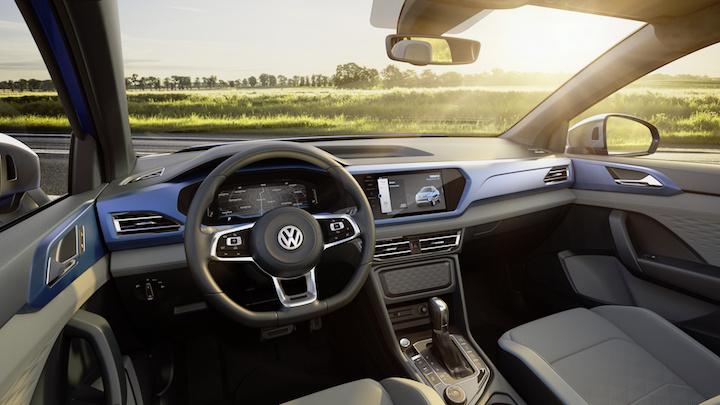 Volkswagen actually presented two small/midsize truck concepts based on this architecture. The super compact Tarok, and the midsize Tanoak. If VW would go forth with the integration of a truck on U.S. soil, it would most probably do it with the Tarok, as it would be the ideal fit for a sub-$30,000 light truck. Volkswagen admits that while the Tanoak midsizer made a splash when it was revealed at the 2018 New York Auto Show, the truck would be an expensive alternative to already established nameplates like the Chevrolet Colorado or Toyota Tacoma.

Volkswagen also doesn’t want to duplicate the Honda Ridgeline’s failure at stealing consumers from those nameplates. While Honda’s truck constantly receives positive reviews from the automotive press, and proves quite competent even without a body-on-frame construction, it has failed at convincing consumers from migrating over to the big H when it comes to towing and hauling.

Our question is the following: while Volkswagen and presumably Ford are exploring new ways of penetrating the lost segment of affordable light-duty trucks, why hasn’t GM Trucks still not filled in that niche? GM is already selling the Chevrolet Montana in other markets. Bringing it over to U.S. soil would definitely help block Volkswagen’s, or better even, Ford’s plans of getting there first.