Last week, our spy photographers came across a convoy of non-GM electric vehicles on its way to the GM Milford Proving Grounds. The test vehicles were quickly ushered through security, making it difficult to capture any photos. But what we did get is photographic evidence that GM is now benchmarking the Tesla Model X all-electric luxury crossover SUV.

In addition to the Tesla Model X, the convoy also included the Audi e-tron and Jaguar iPace, another pair of high-end luxury SUVs that rely solely on battery power for motivation. It appears we have a theme on our hands. 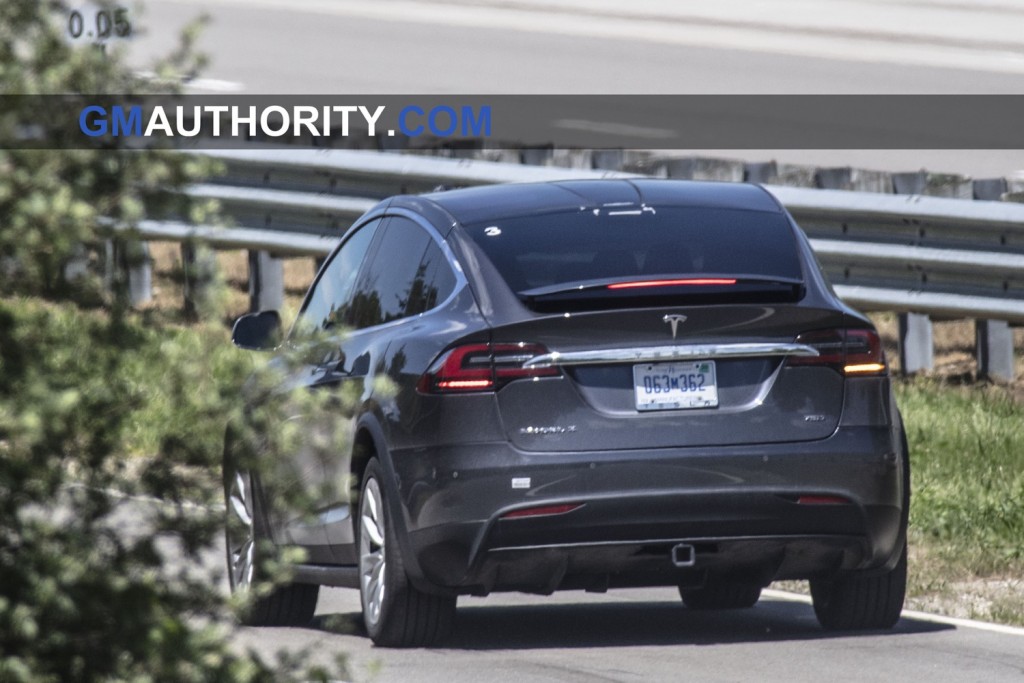 The Tesla Model X is currently running laps on the North/South straight of the GM Milford Proving Grounds, and that it’s tagged with a number “3” on the windshield and on the rear window, indicating its running order with regard to the other vehicles in the test group. So, what does all this mean?

With GM poking and prodding the latest luxury EV crossover SUVs on the market makes us conclude only one thing – that some sort of a Tesla Model X fighter is in the works from The General. A new model for the Cadillac stable is the first obvious answer here, likely following in the footsteps of the unnamed electric crossover that brand teased earlier this year during the debut of the Cadillac XT6 at the 2019 North American International Auto Show. Notably, GM executives have previously mentioned that Cadillac will lead GM’s technology and electric vehicle efforts.

The teaser of the electric Cadillac crossover SUV is believed to ride on the new GM BEV3 (third-generation Battery Electric Vehicle) platform, which is slated to underpin a bunch of future GM electric vehicles. The architecture, slated to finish development in 2021, is also expected to support front-wheel-drive, rear-wheel-drive and all-wheel-drive applications.

Upwards of 300 miles per charge seems reasonable, given the current state of battery technology and comments previously made by GM President Mark Reuss, while Cadillac’s latest Super Cruise tech will take on Tesla’s Autopilot features.

Of course, development of this magnitude takes time, and it’s likely we won’t see a new all-electric Cadillac SUV for at least two to three years. But with spy shots confirming that The General is now benchmarking the Tesla Model X, we at least know that GM is actively working on it.

Interested in staying plugged into the latest on the future of GM electric cars? Then subscribe to GM Authority for around-the-clock GM news coverage. 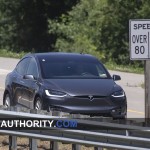 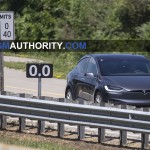 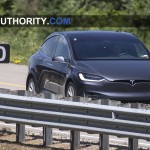 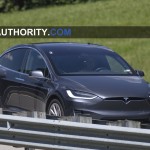 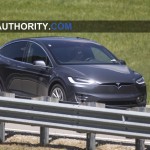 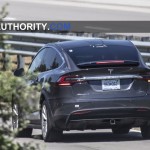 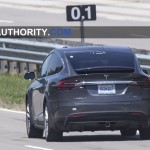