Those headed to this year’s Rolex Monterey Motorsports Reunion can looking forward to hearing the unforgettable, earth-shaking noise of a 1960s-era, race-spec Chevrolet V8 at the event.

McLaren announced today that two-time Formula 1 World Champion Mika Häkkinen will drive the Chevy-powered 1970 McLaren M8D Can-Am race car at the annual Motorsports Reunion at Laguna Seca, performing exhibition laps during the first three days of the four-day event. This will mark the third year in a row the he has participated in the Motorsports Reunion, with the Fin driving a 1974 McLaren M23 in 2017 and the 1995 McLaren F1 GTR in 2018. 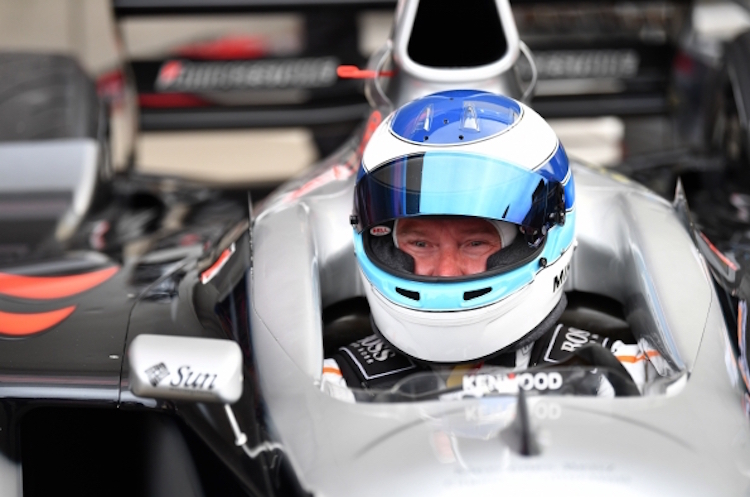 “This track (Laguna Seca) is fun, really enjoyable,” said Häkkinen. “The track goes up and down, and some of the corners have great camber. It looks tighter than it is from a distance, so you need a lot of guts to brake later and take the right line.”

The McLaren M8D was driven by Dan Gurney and Peter Gethin throughout the 1970 Can-Am season following the death of team founder Bruce McLaren. Gurney drove it for the first three races of the season, winning twice from pole at Mosport and Mont-Tremblant, while Gethin raced the car for the final seven Can-Am events that year. Gethin won with it at Road America and also scored two other podiums that year.

Powering the McLaren M8D is a 7.6-liter Chevrolet V8 engine. The engine had a silicon-aluminum block sourced from Reynolds Aluminum, a company that also had larger, more powerful 8-liter blocks for sale at the time. McLaren deliberated over throwing the larger engine in the car, but went for the 7.6-liter for reliability purposes. According to McLaren, the V8 is good for as much as 670 horsepower.

Catch Häkkinen and the McLaren M8D in action at Laguna Seca on August 15th, 16th and 17th.