Corvette Racing walked away from the 2019 24 Hours of Le Mans empty handed.

The No. 64 Corvette C7.R was the first official retirement from the race after contact between Marcel Fassler and Satoshi Hoshinoin’s No. 88 Porsche 911 RSR sent the Corvette spinning wildly into the barrier. This meant the No. 64 car was classified last in class, leaving the task of winning up to the No. 63 Corvette C7.R sister car. 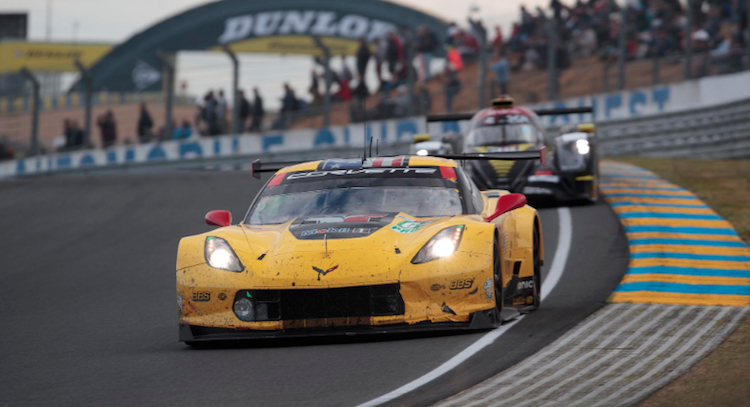 The GTE Pro battle was intense in the early hours, with ten cars on the same lap by 5:00 p.m. local time on Saturday (two hours after the race start) and the No. 63 Corvette looking to be in contention for the win. A safety car split the field up as night descended upon Circuit de la Sarthe, with the No. 92 and No. 93 Porsche 911 RSRs inheriting the lead from the No. 63 and engaging in a thrilling battle with the No. 51 AF Corse Ferrari 488 GTE.

Pit strategy placed the No. 63 team near the front of the GTE Pro running order once again by the early morning hours, with the GTE Pro race then appearing to be between the No. 51 Ferrari and the sole remaining Corvette. However it all went awry for the Corvette team when Jan Magnussen spun off at the Porsche Curves, damaging the car and forcing the team to pit for repairs. The No. 63 Corvette C7.R was classified ninth in GTE Pro, while the race was won by the No. 51 Ferrari. The No. 91 and No. 93 Porsches took second and third.

The overall win was claimed by the No. 7 Toyota TS050 Hybrid LMP1, which took the lead from the No. 8 sister car after a tire sensor issue forced the car into limp mode. LMP2 was won by the No. 36 Signatech Alpine Oreca 07, while GTE Am was won by the No. 56 Team Project 1 Porsche 911. The
No. 85 Ford GT of Keating Motorsports was the car that took the chequred flag, but was later disqualified for a fuel capacity violation.

Check out the video embedded above for complete highlights from the race and click here for the final race classification.