Corvette Racing showed strong pace in the first qualifying session for the 24 Hours of Le Mans, although it will have to wait for the second round of qualifying today to make a true attempt at the GTE Pro class pole position.

Antonio Garcia set the fastest time in GTE Pro during Wednesday night’s qualifying session with a lap of 3:49.467, but stewards disallowed the time as the No. 63 Corvette C7.R did not slow down enough for yellow sector flags. 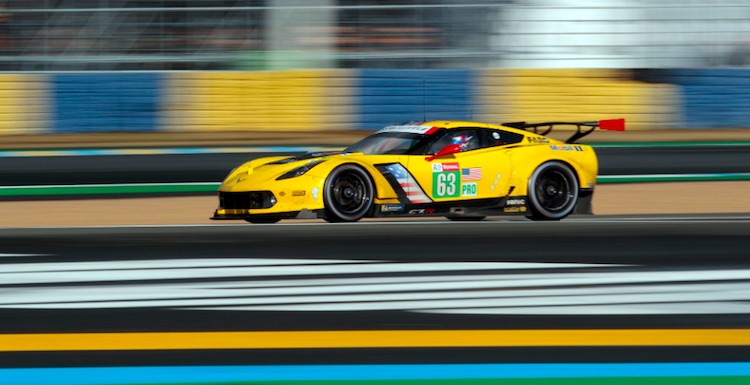 While Corvette Racing was disappointed that Garcia’s fastest lap was not counted, they were surprised they showed such strong pace compared to the Ford GTs and Porsche 911s.

“We’re right there, it was a really good lap,” Garcia told Motorsport.com. “I knew there were yellows there and I did slow down, but you don’t really know how much to slow down.”

“I was actually surprised by how good the lap was, I was happy that was good enough for [provisional] pole. Luckily we have another four hours today.

“We’ll definitely go for it, because we’re still very far down the order, but we know the pace is there,” he added. 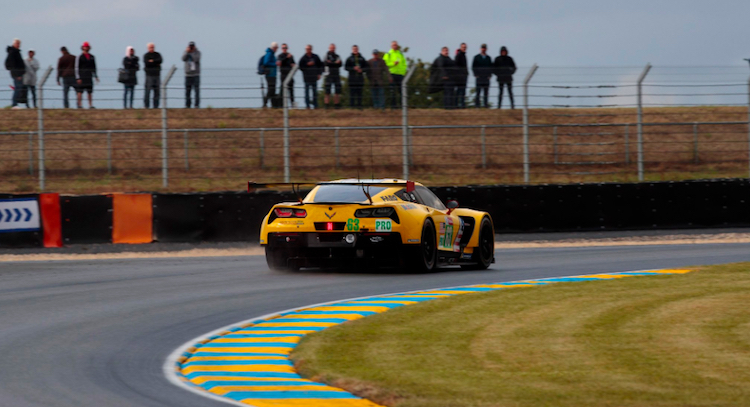 The No. 64 Corvette C7.R struggled for pace, only managing a 3:52.490, but will be looking to capitalize on the pace of the sister car in today’s session.

With 17 cars in GTE Pro, the GT race at Le Mans this year stands to be extremely competitive. Drivers are also applauding a rule change that has gotten rid of the 14-lap max stint limit for the class, with race organizers implementing fuel regulations designed to limit stint lengths to that time. This means some teams will be able to extend their stint length if they can preserve fuel.