The mid-engine C8 Corvette is just over one month away, but ahead of the highly anticipated reveal, one artist got very creative.

YouTuber Charles Cronley posted a video of his own mid-engine C8 Corvette rendering and infused it with the real world for perhaps our best look yet at the car. The artist used the Corvette rendering model and live footage to make it appear as if the car is actually sitting parked in a suburban driveway. There’s only one small hiccup in the video where the image disappears for a split second, but otherwise, it’s incredibly well done. 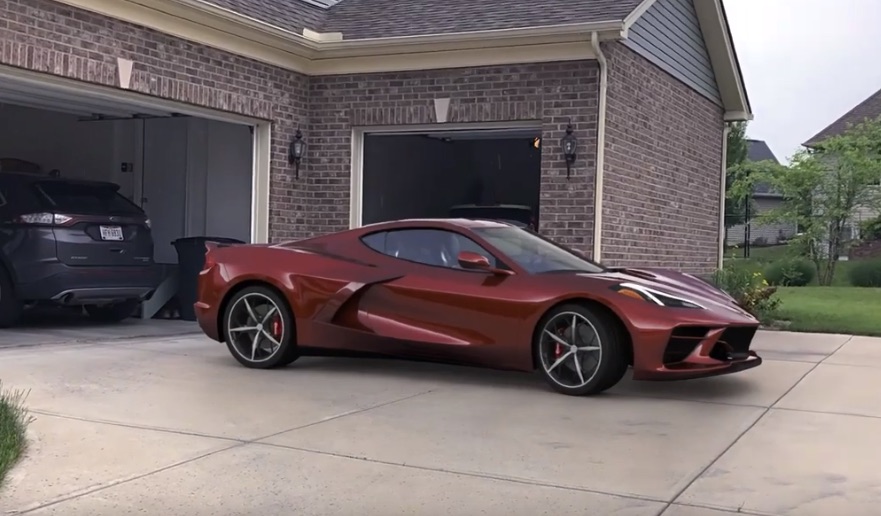 The rendering shows some of the cues we expect to see grace the car when it’s revealed to the public next month. In the front, there’s a “frunk” large enough to fit a set of golf clubs, the fascia comes to a sharp point, and the headlights sweep into the fenders with long LED accent lights. We’ve seen all of these looks on mid-engine Chevrolet Corvette prototypes testing for the past few years.

What we don’t see is the artist’s interpretation of the rear fascia, unfortunately. The back end of the Corvette will house a mid-engine profile with the engine planted squarely in the middle of the sports car. We’ll also see quad exhaust outlets and likely an interpretation of the angular taillights the C7 Corvette currently houses. Don’t expect the long-lost round lights to return for this eighth generation of the Corvette. 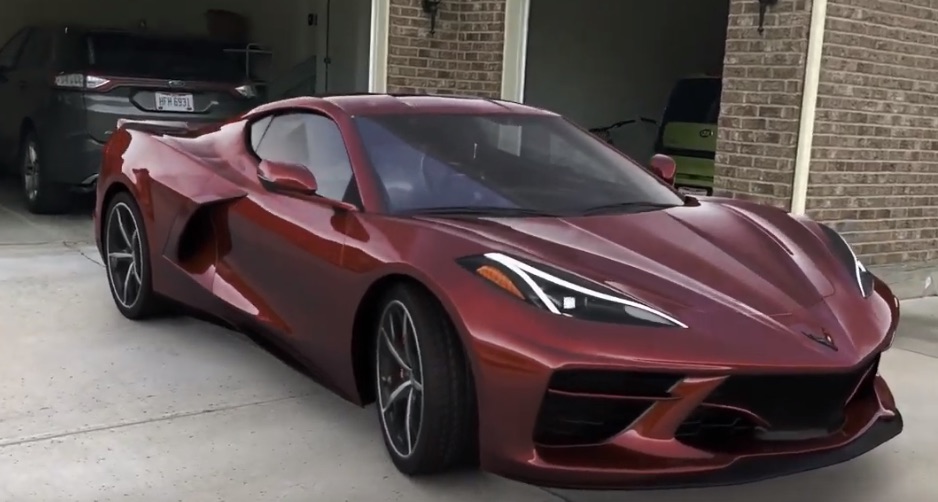 In the middle, look for an upgraded 6.2-liter LT1 V8 engine, perhaps called the LT2. It should receive a healthy horsepower bump to around 500 horsepower over the current 455 horsepower, or 460 horsepower when equipped properly. We may also see Chevy immediately jump to a new DOHC V8 engine, though that’s been rumored to come later in the car’s lifecycle with and without twin turbos.

In the meantime, press play above to check out the rendering brought to life.