Andretti Autosport Honda driver Alexander Rossi put on a clinic in Sunday’s REV Group Grand Prix from Road America, leading from start to finish in yet another dominant display from the American.

While Rossi dominated on Sunday, it was another young American driver that stole the show in Saturday – Harding Steinbrenner’s Colton Herta. The 19-year old became the youngest pole-sitter in IndyCar history when he pipped Rossi by two-tenths of a second, lapping the 14-turn, 4.014 road course in 1:42.9920s. 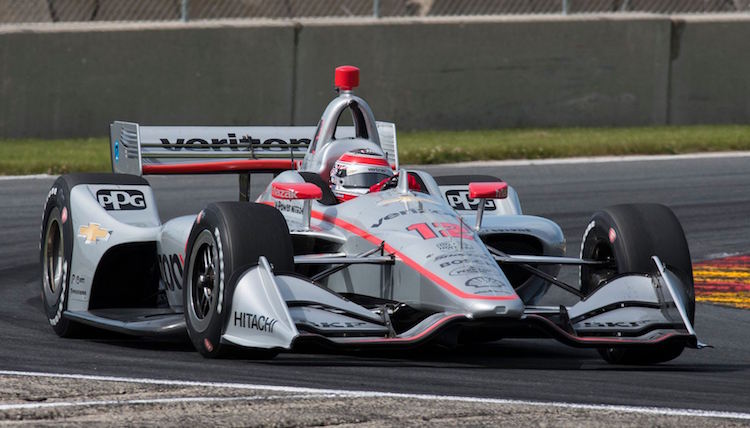 Herta didn’t hold P1 for long on Sunday, though. Rossi made a daring pass around the outside of the No. 88 into Turn 1 on the first lap and never looked back, leading almost every single lap (save for one when he pitted) and winning by an incredible 28.4391 seconds over Team Penske Chevrolet driver Will Power.

Championship leader Josef Newgarden made it a 2-3 for Chevy after finishing third, giving him valuable points toward his championship bid. He now has 402 points to Rossi’s 395, while Team Penske’s Simon Pagenaud sits close by in third with 380 points.

“We obviously didn’t have enough today,” Newgarden said post-race. “We were a little shy; probably a lot shy, actually.”

“Alex and Andretti (Autosport), they were too good for us today. We’ve got to come back to the drawing board, try to figure out what we’re missing. I have confidence we’ll do that,” he added.

The race ran green for its entire duration, however Scott Dixon had an unfortunate spin on the first lap after he and Ryan Hunter-Reay made contact, dropping him to last. In typical Dixon fashion, though, he sliced his way through the field and recovered to take fifth.

Click here for full results from the IndyCar REV Group Grand Prix from Road America and check out the video embedded above for full highlights.